A new generation of mRNA vaccines: can saRNA vaccines set off the next wave of development?

New Generation mRNA Vaccine: Can saRNA vaccines set off next wave?  A few days ago, a Belgian startup Ziphius Vaccines (Ziphius), which claims to be developing a “new generation” of mRNA vaccines, announced that it has over-completed its 29.3 million Euro A round of financing and has officially stepped out of the hidden mode. The company originally planned to raise 20 million euros in Series A.

The draft stated that the funds raised at this stage will be used to build a proprietary platform and advance the existing pipeline into the clinical stage.

“Investors are very interested in start-up companies that use RNA technology to develop new therapies. From a scientific point of view, saRNA has more advantages than traditional mRNA,” said Chris Cardon, CEO of Ziphius.

The “new generation” mRNA vaccine that the company claims refers to saRNA vaccine, that is, self-amplifying mRNA vaccine. Compared with traditional mRNA vaccines, this type of RNA vaccine can self-amplify in the body, with higher antigen expression levels, and a smaller dose can cause a stronger immune response.

“I am very pleased to support Ziphius in the Series A financing and help them advance the pipeline of saRNA-based vaccine candidates through preclinical and early clinical trials. Since its establishment in 2019, Ziphius has made great progress. I think Ziphius’s new saRNA The platform has the potential to prevent new infectious diseases,” said Ziphius cornerstone investor and serial biotech entrepreneur Annie Vereecken.

The official website shows that Ziphius is a company that develops vaccines for the “new generation” of infectious diseases and is currently developing saRNA vaccines based on mRNA technology.

Founded in 2019, the company initially developed RNA therapies for rare diseases such as Duchenne muscular dystrophy and cystic fibrosis. Under the COVID-19 epidemic, Ziphius began to explore the development and verification of a self-amplified mRNA platform (saRNA platform), and completely changed its research and development strategy.

The press release points out that its proprietary saRNA platform has the “plug and play” feature, RNA can encode any desired encoded protein, and a vaccine against pathogens can be quickly developed.

mRNA vaccines synthesize proteins by delivering genetic instructions to cells, and then train the immune system to fight pathogens, including viruses. The saRNA technology is also based on this concept. This technology can not only encode antigens, but also has the ability to self-replicate. 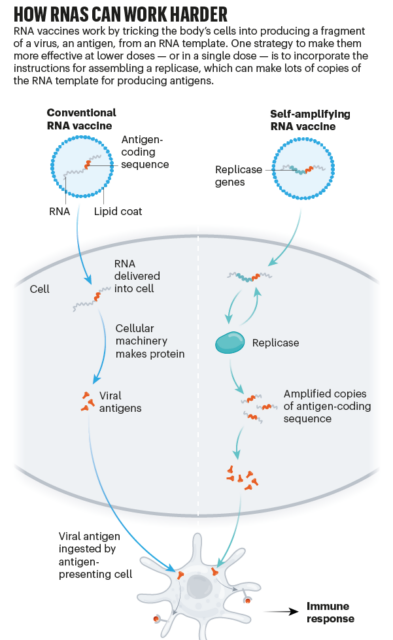 Compared with traditional vaccines and non-replicating mRNA vaccines, this “new generation” vaccine with optimized sequences not only allows cells to synthesize proteins, but also has sequences similar to the virus replication process, allowing each mRNA sequence to be translated into protein. It has been replicated many times in the cell before to increase the amount of protein expression and achieve the effect of a booster vaccine.

The self-replicating RNA is closer to natural viral infection, and can achieve the same immune response in a smaller dose, and it is possible to achieve single dose vaccination.

Based on the ability of saRNA technology to “amplify vaccine” effects, Ziphius’ vaccine may significantly extend the treatment window, and even produce an mRNA vaccine that only needs to be injected once.

Earlier this year, Ziphius announced the preclinical trial data of its vaccine candidate ZIP-1642 against SARS-CoV-2. The data shows that compared with traditional mRNA vaccines, ZIP-1642 has a stronger ability to neutralize viruses and can quickly respond to mutant strains. Ziphius also said that ZIP-1642 will be expressed in the body for a longer time and the protective effect will be higher.

The funds raised this time will be used to advance ZIP-1642 into the clinical phase, and it is expected that phase I/II clinical trials of the vaccine will be launched in the fourth quarter of this year.

Ziphius also revealed that this technology can reduce production costs. This relatively easy and lower-cost vaccine can also alleviate the current pressure on vaccines.

Dr. Amesh Adalja, an infectious disease expert at the Johns Hopkins Health Center, believes that the advantage of saRNA technology is to increase the supply, which can produce and supply more doses. This is the key to dealing with the outbreak of new infectious diseases. 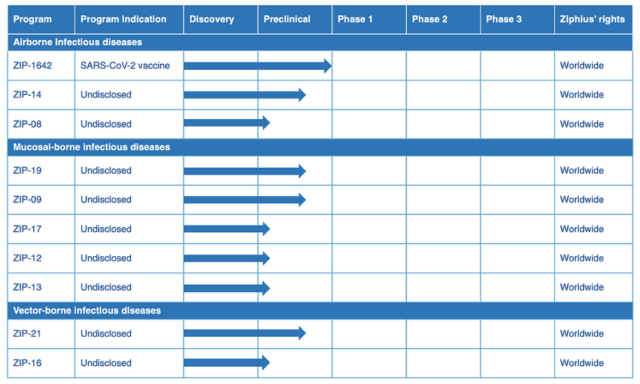 Can it start a new wave?

According to the statistics of Brandessence Market Research, a market research organization, it is estimated that by 2026, the market for mRNA vaccines and therapies will reach US$2.9 billion, with an annual growth rate of approximately 30%. The market size and application potential of mRNA technology are relatively optimistic.

As we all know, mRNA vaccines can be divided into two types, one is self-amplified mRNA (saRNA) vaccine, and the other is non-replicating mRNA vaccine. On the whole, these two vaccine types started at the same time, but there is still a certain gap in the overall development progress.

Normally, mRNA tumor vaccines use non-replicating mRNA technology. The two mRNA vaccines previously authorized by Moderna and BioNTech for emergency use are also non-replicating vaccines. However, BioNTech has simultaneously developed a saRNA vaccine against the new coronavirus, which has previously been advanced to the clinical stage.

Can saRNA technology set off a new wave of vaccine development?

The saRNA technology is not a new concept. On the whole, the two types of mRNA vaccines first appeared at the same time, and this technology needs to be viewed objectively and comprehensively.

The principle of saRNA is to use the self-replication ability of RNA viruses to express some viral non-structural proteins in mRNA. The advantage of this method is that it can continuously express a large number of viral proteins, and at the same time, it can be amplified and maintained at a certain expression intensity; the disadvantage is that it is more difficult to control and may need to use RNAi to inhibit expression; it will express a large amount of viral proteins; in addition, it cannot be synthesized Too long RNA, with so many viral proteins, it is impossible to synthesize very large proteins,” said Shi Jiahai.

Finally, it is necessary to solve the problem of viral protein amplification, and at the same time face the FDA approval problem.