Deer herds in U.S. are heavily infected with the new coronavirus (COVID-19)

The white-tailed deer is named after its tail cocked when running and the bottom of its tail is white. The white-tailed deer is the most common deer in the United States. It can be seen in many forests, grasslands, and even golf courses in the United States. They are also one of the most widely distributed deer in the world, from the forests of eastern Canada, to the forests of the eastern United States, the Florida Peninsula, Mexico, Central American countries, and northern Peru.

The study showed that more than one-third of white-tailed deer in the northeastern United States have antibodies against SARS-CoV-2, indicating that they have been infected with the new coronavirus. This is also the first time that wild animals have been widely exposed to the new coronavirus.

White-tailed deer are common in North America, especially near urban centers in the eastern United States. Previous studies have shown that deer can be infected with SARS-CoV-2 and spread to other deer. In the wild, these deer live in small populations, which means that the virus can spread naturally from infected animals.

Researchers are worried about the emergence of new animal populations carrying SARS-CoV-2. Once they appear, SARS-CoV-2 can evolve there, which may threaten the efficacy of the vaccine, and may re-spread after the COVID-19 pandemic subsides. To humans. Just like Ebola, it recurs.

To assess this risk, the research team tested blood samples of white-tailed deer collected in four U.S. states-Michigan, Pennsylvania, Illinois, and New York from January to March 2021. They were surprised to find that 40% of the samples contained SARS-CoV-2 antibodies, which were produced against SARS-CoV-2 infection. None of the white-tailed deer tested showed signs of birth disease. 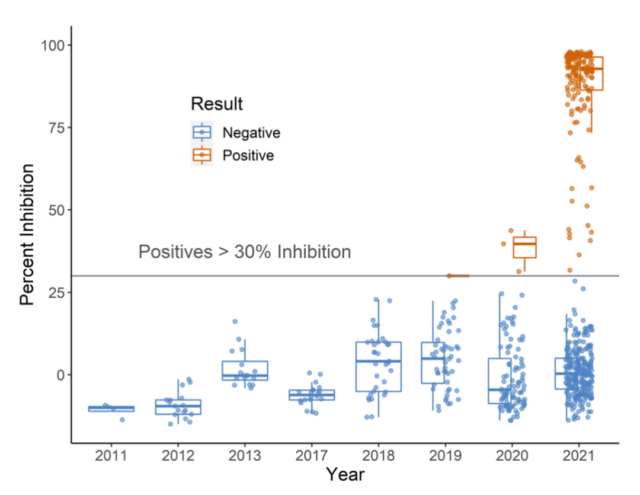 2 thoughts on “Deer herds in U.S. are heavily infected with the new coronavirus (COVID-19)”