WHO: COVID-19 variants has destroyed hopes for herd immunity

WHO: COVID-19 variants has destroyed hopes for herd immunity.

A total of more than 8 million confirmed diagnoses in Africa, WHO officials say the variant virus has “destroyed hopes for herd immunity”

According to relevant media reports on the 11th, the European Director of the World Health Organization Kruger said that the emergence of the mutant virus has “shattered” hopes for herd immunity and expressed pessimism about the ability of the COVID-19 vaccine to end the epidemic. He pointed out that the new coronavirus may exist for many years, and health officials must now “predict how to gradually adjust our vaccination strategy”, especially with regard to the issue of supplemental doses. 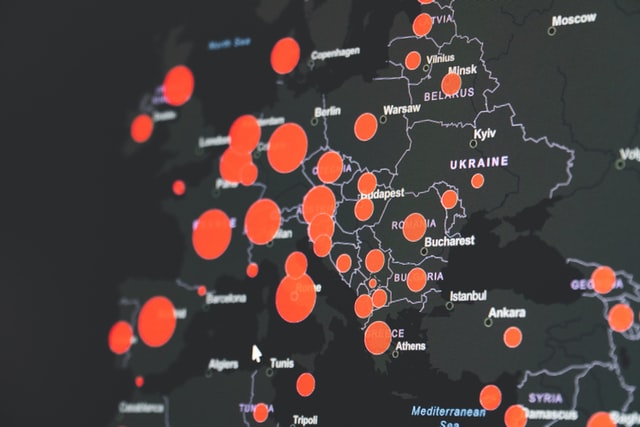 Americas: The cumulative number of confirmed cases in the United States has exceeded 40.91 million

According to statistics from Johns Hopkins University in the United States at 17:21 on the 11th Eastern Time, the cumulative number of confirmed cases in the United States has exceeded 40.91 million, reaching 40,912,591; the cumulative number of deaths has exceeded 659,600, reaching 659,620. Compared with the two data 24 hours ago, there were 195,998 newly confirmed cases and 3481 new deaths.

As of 19:10 on the 11th local time, according to Brazilian Ministry of Health data, Brazil has a total of 20,989,164 confirmed cases, an increase of 14,314 from the previous day; a total of 586,558 deaths, an increase of 712 from the previous day. As of the 11th, at least five states in Brazil have expressed a lack of AstraZeneca vaccine stocks. Among them, at least 340,000 people in São Paulo state have postponed the second dose of vaccination plan.

The Ministry of Health of Argentina reported on the 11th that there were 1,490 new confirmed cases in the country in the past 24 hours, with a total of 5,223,604; 74 new deaths, with a total of 113,356. On the 11th, the occupancy rate of intensive care beds in the Argentine national medical system for patients with COVID-19 pneumonia dropped to 41.8%, the lowest in nearly a year.

Europe: Two more places in Greece are urgently restricted due to the epidemic, and 120,000 people in France take to the streets to protest against epidemic prevention measures

On the 10th local time, the Greek National Public Health Organization announced that in the past 24 hours, there were 2132 new confirmed cases nationwide, with a total of 611,648; 32 new deaths, with a total of 14,102. The Greek government has decided to take emergency restrictive measures on the two regions of Evritania in the central region and Argolis in the Peloponnese region from the 10th.

Schools across Greece will reopen on September 13. Greek Deputy Minister of Education Macri recently stated that if the epidemic situation is too severe, the possibility of school closure will be retained according to the corresponding recommendations of experts.

Agence France-Presse reported that on the 11th, more than 120,000 people demonstrated in various parts of France to protest the anti-epidemic measures such as the COVID-19 Health Pass implemented by the Macron government. Protesters believe that the implementation of the COVID-19 health pass measures is discriminating against people who have not been vaccinated. According to the French Ministry of Interior, 19,000 people demonstrated in the capital Paris that day. After the conflict broke out, the police arrested 85 people.

Asia: The number of new cases in a single day in the Philippines hits a new high

The Philippine Ministry of Health reported on the 11th that 26,303 confirmed cases have been added in the past 24 hours, bringing a total of 2,060,021 cases. This is the highest number of new cases in a single day since the outbreak in the Philippines.

Mongolia reported the first case of animal infection with COVID-19. The director of the country’s National Zoonosis Research Center, Chaoge Badalkh, reported on the 11th that at least seven beavers had detected the mutated COVID-19 virus delta strain. The infected beavers have symptoms such as coughing and runny nose, and all these beavers have recovered. Mongolia has not reported any cases of other animals being infected with COVID-19, but people who keep pets need to be vigilant and regularly observe whether their pets have abnormal symptoms.

In order to curb the spread of the epidemic, the Mongolian government has extended the national high alert state to December 31. Except for Chinggis Khaan International Airport, other ports will be closed to tourists before the end of this year.

Nopparatara Beach-Phi Phi Islands National Park in Krabi Province, Thailand issued an announcement on the 11th, saying that in order to effectively prevent and control the epidemic, it has decided to temporarily close relevant tourist attractions and tourism business on Phi Phi Island from September 11 to 24.

South Korean officials announced data on the 12th that as of 0:00 that day, South Korea had added 1,755 confirmed cases in the past 24 hours, with a total of 272,982 cases. This wave of epidemics in South Korea began in early July this year, and the number of confirmed cases in a single day has remained above 1,000 for 68 consecutive days.

Singapore added 550 new confirmed cases on the 11th, bringing a total of 71,167 cases. Singapore recently decided to relax its control measures against the epidemic, but the number of new cases per day has shown a significant increase since August 23. Local media predict that the country may soon reach the level of 1,000 new cases per day. This number may reach 2000 in a few weeks.

In response to the current situation, Singaporean experts said that since the number of severely ill patients has not increased sharply, there is no need to increase the intensity of epidemic prevention measures for the time being. It is recommended that case follow-up investigations can be differentiated by risk level to make good use of resources and enhance efficiency.

Africa: The cumulative number of confirmed cases has exceeded 8 million

According to data from the African Centers for Disease Control and Prevention, as of the 11th, there were a total of 8,011,248 confirmed cases and 202,613 deaths in the region.

China SINOVAC (Kexing)  will start a Phase III clinical trial of the COVID-19 vaccine for children and adolescents from 6 months to 17 years old in South Africa on the 10th.

WHO: COVID-19 variants has destroyed hopes for herd immunity