COVID-19 Herd immunity failed even 76% city population infected. The concept of “herd immunity” has been controversial since the beginning of the epidemic.

The eighth largest city in Brazil, Manaus, is located in the Amazon rainforest and has a glorious history of more than 500 years.

However, the hot environment and poor anti-epidemic conditions made Manaus’ vulnerable medical system collapsed once a few months ago.

However, after the initial peak of the epidemic, the infection rate in Manaus unexpectedly showed a downward trend. Beginning in May, the number of confirmed cases in Manaus began to decline, and by August, the number of daily deaths approached zero.

On January 15, Science published a paper on the Manaus epidemic.

After being infected with the new coronavirus, the COVID-19 virus antibody IgG can be measured in a period of time after the patient recovers. Therefore, in the general population, the IgG positive rate can be approximately equal to the prevalence of new coronavirus disease in the population. 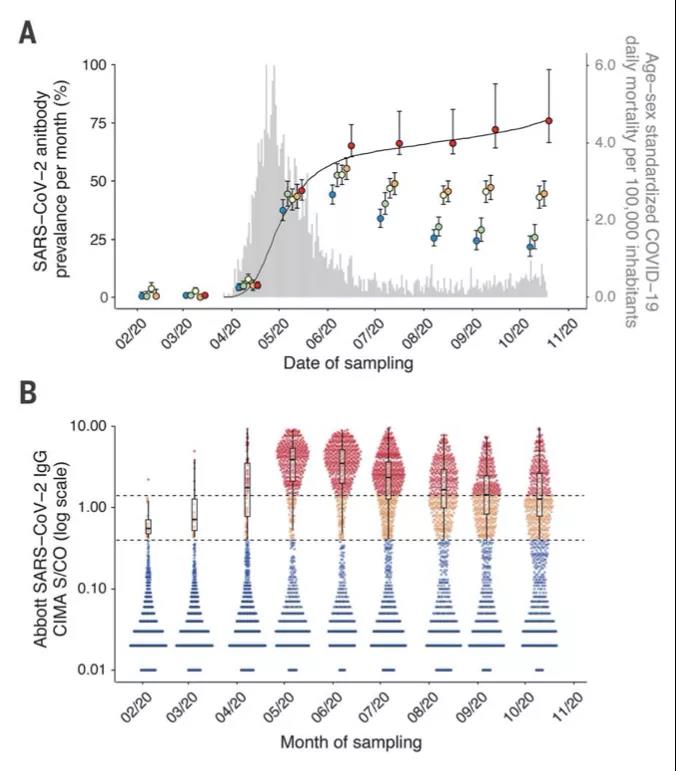 In other words, when more than 67% of the population is immune to the virus, the spread of the virus will be greatly slowed down and it will not be able to spread further among the population.

Judging from the numbers alone, Manaus has reached theoretical “herd immunity” in October.

Why does herd immunity fail?

Manaus, wrapped in rainforest and isolated from the world, “accidentally” became the first place in the world to complete herd immunity after reaching an infection rate of 76%.
From the data point of view, the number of cases in Manaus from July to October has indeed dropped significantly after the establishment of “herd immunity”. 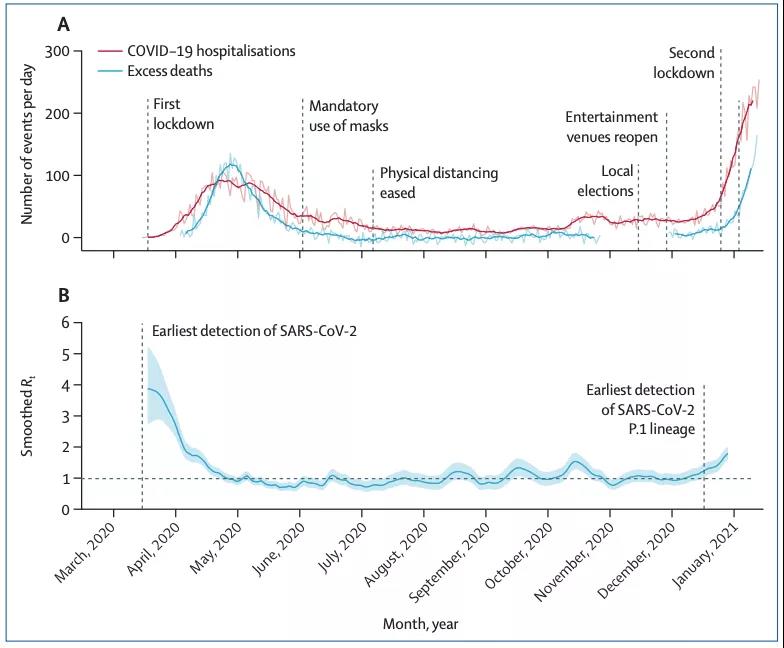 However, after entering 2021, the Manaus epidemic, which seems to have been calm, has revived.

In the first three weeks of January 2021 alone, Manaus added 1,333 new cases of COVID-19. According to CNN, 29 patients in Manaus died of new coronavirus pneumonia due to lack of oxygen on January 14th and 15th.

January 11. When visiting Manaus to inspect the epidemic, Brazil’s Minister of Health Pazuelo said: “This is an unexpected situation for everyone” and “the epidemic is developing too fast.”

Why does the so-called “herd immunity” fail? An article published on The Lancet on January 27th offers 4 points.

First, the 76% infection rate is a figure obtained through modeling, correction, etc., and there is a possibility of error. Before the new wave of epidemic peaks in December, Manaus may not actually meet the criteria for herd immunity.

Second, a British study suggested that the serum antibody titer after infection will decrease over time, which may also explain why there are secondary infections.

Most of the cases in Manaus were infected between March and May 2020. After 7 to 9 months, the concentration of COVID-19 antibodies in the survivors’ serum may not be enough to provide effective protection.

Third, the COVID-19 antibodies in the serum of previously infected persons may not be able to fight against the mutant strain.

Currently, the mutated strains circulating in Brazil include B.1.1.7 and P.1. Among them, the P.1 mutant was detected for the first time in Manaus on January 12. A preliminary study found that P.1 mutant strains accounted for 42% of the current cases of Covid-19 infection in Manaus.

In addition, a new mutant strain was recently detected in many regions of Brazil, including Manaus: P.2, which is a sub-lineage mutant strain of B.1.128, just like the P.1 mutant strain. E484K mutation occurred in the spike protein.

Previous in vitro experiments have shown that the E484K mutation may cause immune escape of the new coronavirus and weaken the effect of neutralizing antibodies.

In other words, people who have previously been infected in Manaus may still be infected with the new mutant virus again.

Finally, if highly transmissible mutant strains become epidemic strains, R0 will therefore increase, and the percentage of the population required to achieve the overall immunity will also increase, and the originally formed herd immunity may be broken again.

However, at present, whether the spreading power of P.1 strains has been improved requires further research to prove.

Another Science review article believes that the example of Manaus is a warning to the global fight against the epidemic: even in the case of high levels of infection, herd immunity may not be achieved.

In the pursuit of “herd immunity,” the price paid may be painful. The death rate in Manaus is currently between 0.17% and 0.28%, but the population in this area is relatively young, and the results may be more serious for other areas with a higher proportion of elderly people.

For a year, mankind has been looking for answers to the COVID-19 epidemic. But at present, obtaining herd immunity through natural infection is obviously not a wise strategy.

As of January 30, Brazil had a total of 9,119,477 confirmed cases, still one of the three most severely affected countries in the world. (Planning: z_popeye, review: Leu.)

Acknowledgements: This article has been reviewed by the Doctor of Immunology at the Shanghai Pasteur Institute of Chinese Academy of Sciences @ last time eat sugar professional review

Herd immunity means that the entire group has acquired immunity to a certain disease. In fact, this term is misleading. “Group protection” may be closer to the true meaning, because in individuals, susceptible people are still susceptible and not acquired. Immunity, only a sufficient proportion of people who have gained immunity cut off the route of transmission.

This is a dynamic change process, not once and for all, mainly considering the duration of the initial antibody. The situation in Manaus, Brazil is more complicated. Because of the emergence of mutant strains, the increase in infectivity makes the R0 value rise, and the corresponding herd immunity threshold also rises; the emergence of immune escape weakens the immunity that the group has acquired. Therefore, the in-depth study of Manaus needs more modeling and data updates.

For the new coronavirus, at present, it is basically impossible to achieve herd immunity through natural infection, and relying on vaccines (which may require updating) is almost the only option.