Johnson & Johnson provided some very important data updates related to the effectiveness tracking of the current one-shot COVID-19 vaccine and the two-shot data in clinical trials (the second shot is counted as an enhanced shot):

These data are close to the Phase III clinical data when applying for EUA (the observation time was about 2 months at that time).

The two-needle phase III clinical trial announced the main results (detailed data has not been announced). In this two-dose type, a second injection of Johnson & Johnson vaccine is given two months (56 days) after the first injection.

The effectiveness of protection against severe illness is 100%, and the protection against symptoms in all test groups in the world is 75% (this should mean moderate or above. Johnson & Johnson’s clinical trial testing standards are higher than other vaccines, so most of the detections are moderate.

If the interval is 6 months, then It is 12 times after one stitch. The immunological data did not indicate how many people were involved.

The antibody did not drop within 8 months after the first injection and the second injection after 6 months to increase the antibody significantly. It was published before. At that time, the number of people was very small, only a few dozen.

It is not ruled out that this update will increase the test. The possibility of the number of people, but it may only increase the antibody data of the second injection two months apart.

The immunization data and effectiveness results show a certain correlation. The antibody level did not decline significantly within 8 months, which corresponds to the fact that effectiveness did not fluctuate during the real-world tracking period.

No decline in effectiveness has been observed during the follow-up period of six months or more, which is similar to the previous follow-up results of nearly 500,000 medical staff in South Africa. Different studies, from immune response (mechanism research) to effectiveness observation (epidemiological data) can correspond to each other, which increases the reliability of conclusions.

Of course, only dozens of people have been released before the immunization data, and the amount of data still needs to be considered. However, judging from the effectiveness data, it seems that even Johnson & Johnson’s vaccinators do not have an urgent need to use booster needles.

From the perspective of a large confidence interval (CI), the number of collected cases in the two-needle phase three clinical trial should be small, so it should be interpreted with caution. Since the diagnostic criteria are different from other vaccine clinical trials, Johnson & Johnson’s effectiveness is mainly above moderate, so it cannot be directly compared with mRNA vaccines. The effectiveness is quite).

The effectiveness of the global group is significantly lower than that of the US group. If the global group has more subjects from South Africa, it may be more affected by beta. Considering that this experiment started late, there may be a lot of beta, gamma mutant strains, and even a lot of Delta.

Combining the previous real-world studies in South Africa and the present in the United States, it should be said that these clinical trials will better correspond to the mutant strains that are now being dealt with. One reaction is that real-world data and clinical trial results are still relatively consistent.

The immunological data of two months and six months apart seem to support the enhancement injection after a longer interval. But this is for Johnson & Johnson, different vaccines may be different.

As Johnson & Johnson is a one-needle type, a longer second needle interval may better improve the immune memory response and promote the formation of long-term immune cells such as plasma cells. These are not necessarily the same as the third shot of the two-shot mRNA vaccine itself.

From the perspective of effectiveness and even the number of antibodies formed, the one-needle type Johnson & Johnson obviously has not touched the limit of the human immune response, so theoretically speaking, a second shot after a longer interval should stimulate a better immune response.

But the immune response of the first two shots of the mRNA vaccine is very good. If the memory response limit is already approaching at this time, then whether the third shot is perfect, the first two shots, or just a short-term increase in antibodies will be a question that needs to be considered.

From the previous Rockefeller and Penn University research, it is possible that antibodies will indeed only be boosted for a short period of time. However, a previous study in the United Kingdom showed that the immune response of people over 80 years old was significantly weaker, and perhaps the third shot could play a perfect role.

The last point worth considering is the approximate long-term maintainable effectiveness and the approximate long-term maintainable antibodies. The number of antibodies evoked by vaccines of different technology platforms and the decline curve now show some differences. The decline of adenovirus seems to be more moderate, but the rapid decline of mRNA is also in the first two or three months, and the curve also slows down afterwards.

Based on these, it may be possible to boldly guess as follows: After vaccination, it is not a problem to maintain a certain amount of antibodies in the body for a long time. Just drop to about 50%). In addition, immune memory and cellular immunity are themselves long-term immune protection, and protection from severe illness may also be long-term.

Conversely, if you want to maintain a large number of antibodies in the body for a long time in order to maintain a higher anti-infection ability, then it is likely to need continuous injections to boost. Considering that the effectiveness of Johnson & Johnson’s one-needle counterparts is pretty good, the significance of this continuous boost strategy seems to be relatively low.

If the problem of a large proportion of the remaining people who are unwilling to get the first shot is not resolved, these countries, let alone an enhanced shot every six months, will return to the origin of high infection rates even if they are shot every day. 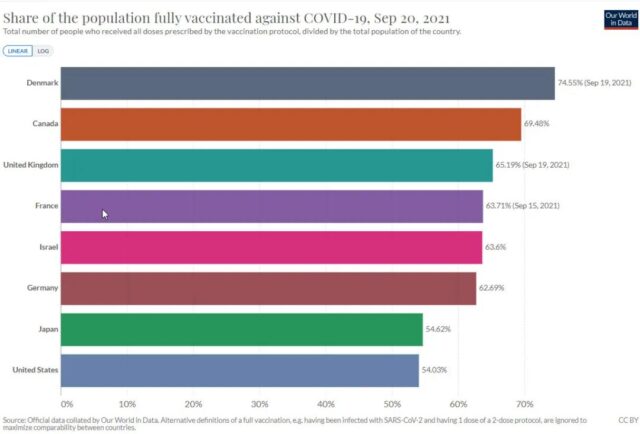