Is CAR or TCR immunotherapy better in cancer treatment?

The high affinity and cell affinity of TCR-T cells determine the specific binding of several cell proteins, which means that TCR plays a key role in activating T cell affinity.

TCR molecules belong to the immunoglobulin superfamily and consist of two covalently bound polymorphic subunits. Each subunit has antigen specificity and is associated with at least four different types of signal transduction chains.

Figure 1 Adoptive T cell therapy. In adoptive cell therapy (ACT), cells are collected from cancer tissues/T cells, then separated from other cells, genetically manipulated through engineered TCR or CAR, co-cultured and proliferated, and finally returned to the circulation. 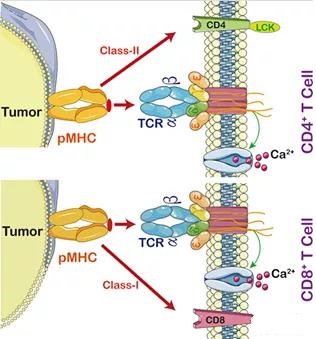 In ACT, TCR and CAR therapies, modified T cells have been successfully used as paradigm-shifting clinical immunotherapy for the treatment of solid tumors (17) (Figure 3). CAR T cells are designed to transfer any specificity to immune effector cells, such as T cells, which specifically eliminate antigen-carrying tumor cells (17). CAR has scFv derived from antibody, CD3ζ, and transmembrane domain (the so-called first-generation CAR) (18). In this way, the engineered CAR can recognize specific tumor-associated antigens (19). Therefore, CAR can bind to unprocessed tumor surface antigens without MHC processing (20), while TCR binds to tumor cells embedded in MHC and surface antigen peptides (Table 1) (21). 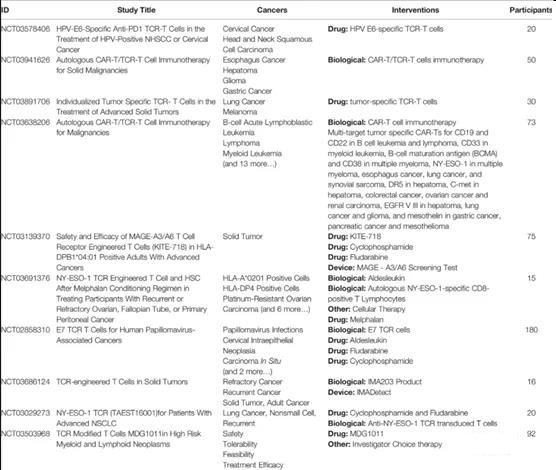 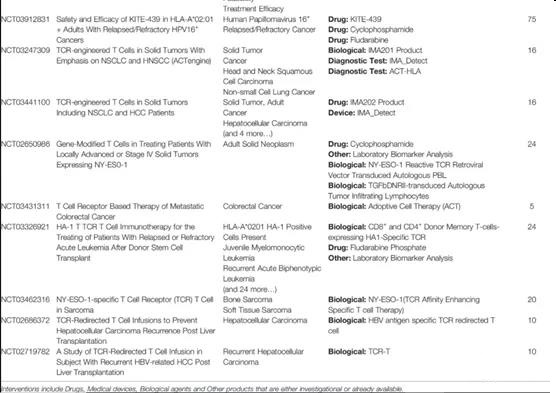 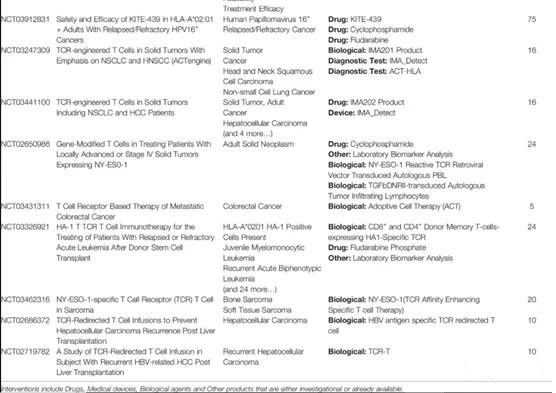 Generally, CAR scFv domains are used to bind to cell surface antigens (22). The scFv fragment can guide the constitutive activation and proliferation of T cells through an antigen-dependent mechanism; however, some scFv may guide T cells into an antigen-independent mechanism, leading to treatment failure (23). 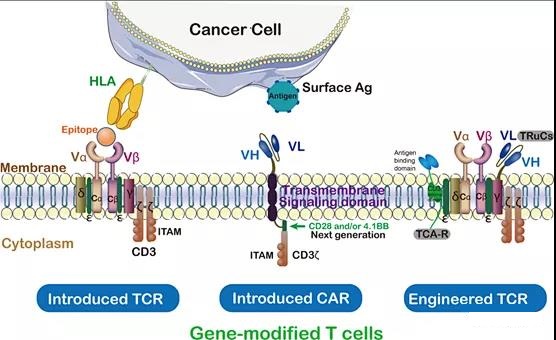 Figure 3 Comparison of TCR, CAR and transgenic T cells in immunotherapy. The cancer-targeted receptors TCR and CAR are introduced into activated T cells, enabling them to resist specific types of cancer. The ζ subunit of CD3 on the surface of T cells is essential for triggering the signal cascade of T cells. Unlike TCR, which needs to be activated by endogenous CD3, CAR is a hybrid receptor made from a single-chain variable fragment (scFv) linked to the CD3 ζ subunit. Both imported and endogenous TCR can recognize HLA peptides on cancer cells. In contrast, CAR does not directly recognize HLA, which triggers the T cell signaling cascade in a way that is independent of TCR.

CD28 or CD137/4-1BB is added to the CD3ζ domain of CAR-T cells, which then promotes a more powerful and durable T cell response (29, 30). In addition, these second-generation CARs targeting CD19 antigen (CD19-specific scFv) are highly active against B-cell malignancies and have good clinical benefits (31, 32).

In order to overcome the limitations of each individual costimulatory domain, the third generation of CARs is proposed to combine two costimulatory signals (CD28 and 4-1BB) at the same time, which has better scalability and longer than the second generation. Persistence (33).

In contrast, TCR is an α/β heterodimer that binds to MHC binding antigens (Figure 3). As mentioned above, compared with TCR, CAR recognizes tumor antigens that cause T cell activation and has different functions. CAR-T cell therapy has certain disadvantages when targeting tumor-specific antigens, such as extra-tumor toxicity (34).

TCRs with a low MHC interaction affinity range (104-106M-1) have been suggested for effective T cell stimulation (35). In contrast, CARs have a higher affinity range (106-109M-1) and dissociation rate to recognize cell surface antigens (20). In order to maintain high antigen sensitivity and recognize pMHC, the use of monomeric TCR-CD3 complexes has been recommended (21).

In contrast, CAR-mediated cell sensitivity depends on a higher density of cell surface antigens (36). In addition, the T cell/antigen interaction is initiated in the immune synapse (IS) structure, where TCR presents a circular area with peripheral LFA-1 adhesion, while CAR shows diffuse LFA-1 distribution without a circular area (37).

Therefore, TCR-IS initiates a slower but longer lasting signal than CAR-IS. At the same time, CAR-T cells show faster killing function and transfer to the next tumor target (continuous killing), which is in sharp contrast with the prolonged signal and longer killing time of TCR-T cells.

This is due to the existence of various types of antigens, their expression levels, immunosuppressive environment and the construction of CARs.

However, TCR-T cell transfer therapy has effectively treated some solid tumors and hematomas (37).

Is CAR or TCR immunotherapy better in cancer treatment? 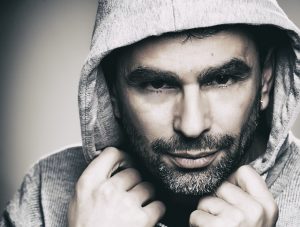