In 1922, Banting and others discovered and purified insulin and successfully applied it to the treatment of diabetes. This discovery saved thousands of diabetic patients, especially type 1 diabetes patients.

However, for patients with type 1 diabetes, it can only be maintained by insulin therapy, and there is no other way to solve the fundamental problem that causes the disease-pancreatic islet cells cannot produce insulin by themselves. 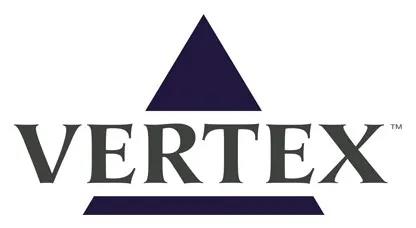 Type 1 diabetes is a metabolic disorder syndrome. This disease is mainly caused by immune-mediated destruction of pancreatic β-cells and must be treated with insulin.

Over time, patients’ awareness of hypoglycemia may be impaired, which means that they can no longer perceive the early signs of a hypoglycemic event, which is likely to be life-threatening.

This patient was diagnosed with type 1 diabetes for about 40 years and has been dependent on insulin therapy since then. In the year before receiving VX-880 therapy, he had 5 life-threatening hypoglycemia events. The patient is participating in this 1 During the phase 2 clinical trial, he received a single hepatic portal vein infusion of half the target dose of VX-880 and immunosuppressive therapy.

After receiving treatment, the patient achieved a “stable recovery” of islet cell function. These recovered islet cells can allow the patient to regulate insulin and even produce insulin by themselves. The daily insulin usage was reduced by 91% and blood sugar control was significantly improved.

The safety of this therapy is similar to that of typical immunosuppressive therapy, and no serious side effects related to the treatment have been reported.

Although there is only one patient’s successful case, this is still enough to prove the feasibility of this therapy, which may represent a “game-changing method.” Dr. Bastiano Sanna, Executive Vice President and Head of Cell and Gene Therapy of Vertex, said that although it is too early to say a cure, these results are sufficient to support the continuation of clinical trials of the therapy, and also pave the way for the development of cell therapies that do not require immunosuppression in the future.

VX-880 is a stem cell-derived islet cell replacement therapy. Vertex Pharmaceuticals acquired the therapy after acquiring Semma Therapeutics for US$950 million in September 2019.

It is understood that Vertex Pharmaceuticals is developing its encapsulated islet cell therapy, which will not require immunosuppression of patients, and plans to submit a clinical trial application to the FDA in 2022.