The Brazilian president is facing an explosive charge:  Mass Homicide

The Brazilian president is facing an explosive charge:  Mass Homicide

According to a CNN report, a Brazilian Congress investigation report was leaked ahead of time. The report stated that Brazilian President Bolsonaro will be charged with mass homicide for deliberately letting the COVID-19 epidemic sweep the country in order to achieve herd immunity.

The New York Times reported that this report represents the biggest struggle between the Brazilian Congress and President Bolsonaro so far, and it also reflects the extreme anger that the President refuses to deal with the COVID-19 epidemic seriously. However, political analysts believe that Bolsonaro is unlikely to face actual criminal proceedings.

The president who said vaccination would turn into a crocodile

In order to investigate whether the government was negligent in its response to the COVID-19 epidemic, the Brazilian Senate’s COVID-19 Epidemic Investigation Committee (CPI) conducted a six-month investigation.

In addition, the report also pointed out that the Bolsonaro government ignored more than 100 e-mails from Pfizer, causing the delivery of the COVID-19 vaccine in Brazil to be delayed for several months.

The Bolsonaro government also chose to pay a higher price to buy the Covaxin vaccine from India’s Bharat Biotech company (Bharat Biotech). This order was later cancelled due to alleged corruption.

The two Brazilian senators who participated in the investigation report urged the authorities to imprison President Bolsonaro.

Senator Renan Calheiros said in an interview with The New York Times that based on his interpretation of Brazilian law, the accusations against the president were accurate, and he referred to the president’s crimes as “omission” homicides. .

“Many of these deaths caused by the COVID-19 epidemic could have been prevented and avoided. I think the president should be responsible for this escalating massacre.” Calleros said. 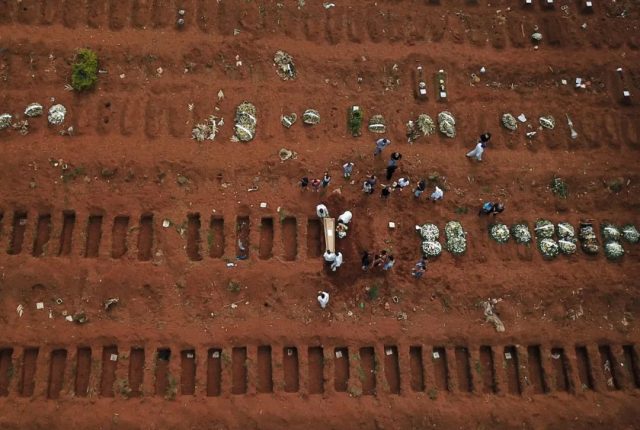 Bolsonaro, known as the “Tropical Trump”, has been widely criticized for his policy to respond to the COVID-19 epidemic.

He is an open vaccine skeptic, saying that he will not be vaccinated against the COVID-19 virus, even though he was previously diagnosed with the COVID-19 virus in 2020. He also joked that vaccination would turn people into crocodiles. When strict lockdowns were carried out in countries around the world, he encouraged people to gather together, saying that there is almost no evidence that wearing a mask can effectively prevent the spread of the virus.

This investigative report filed at least 11 charges against Bolsonaro for mass murder, genocide, forgery of documents and crimes against humanity.

In addition to Bolsonaro, the report also recommended criminal proceedings against 69 other people, including Bolsonaro’s three sons and numerous current and former government officials.

Will it face actual criminal proceedings?

After learning of the accusation, Bolsonaro said, “They want to accuse me of massacre. Which country do you think no one has died (due to the COVID-19 epidemic) now? This investigation committee has no credibility.”

The New York Times reported that Bolsonaro accused Senator Calleiros of being “dirty” and that the investigation against him was for political purposes.

Political analyst Creomar De Souza said that although the investigation revealed that Bolsonaro’s government had mishandled the COVID-19 epidemic, “I didn’t see anything that could accuse the president of homicide. Concrete evidence of crime”.

He pointed out that of the 11 members of this investigative committee, 7 are opponents of Bolsonaro. Bolsonaro’s eldest son Flavio is one of the other four senators who support the president, and this investigation report also filed criminal charges against him. 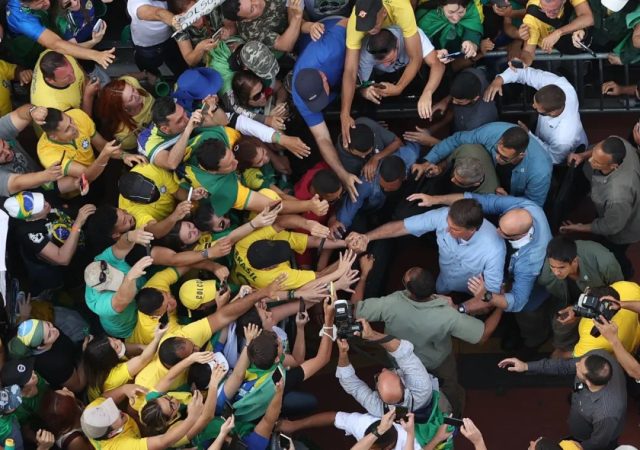 September 7, 2021 local time, in Sao Paulo, Brazil, supporters of Brazilian President Bolsonaro took to the streets to participate in a rally in solidarity with Bolsonaro. Picture/IC photo

This investigation report will be officially released on October 20, local time, and a week later, the Brazilian Senate will vote on it. If the report is passed by a vote, Attorney General Augusto Arras will have 30 days to decide whether to initiate criminal proceedings against Bolsonaro and other accused. In addition, the allegations against Bolsonaro need to be approved by the House of Representatives.

De Souza pointed out that Bolsonaro is unlikely to face actual criminal proceedings. The Attorney General was appointed by Bolsonaro and remains a supporter of Bolsonaro. In addition, the House of Representatives is also controlled by Bolsonaro’s supporters.

According to the New York Times, relevant legal sources pointed out that if Bolsonaro faces formal criminal proceedings, he will be suspended for 180 days until the Supreme Court makes a decision on the case. If convicted of criminal charges, he will be barred from serving as president within 8 years and face multiple years in prison.

“New York Times” reported that this investigation report represents the biggest struggle between Brazil’s Congress and President Bolsonaro so far. In Brazil, which is highly polarized, this report reflects the extreme anger that the president refuses to deal with the COVID-19 epidemic seriously.

Bolsonaro will seek re-election in next year’s general election. His approval rate is declining. A poll in September showed that the public opposed him by 53%. This latest allegation against him will escalate the challenges he faces in the re-election campaign.

Prior to this, Bolsonaro faced a number of investigations by the Brazilian Federal Supreme Court.

On August 12, Supreme Court Justice De Morais decided to initiate an investigation on Bolsonaro’s alleged disclosure of secret federal police documents. In addition, he also faces three other investigations, namely, suspected of interfering with the autonomy of the federal police, suspected of malfeasance in the non-compliance of the procurement agreement for the COVID-19 vaccine made in India, and his negating the safety of the voting system and spreading false news about the general election. His words and deeds may violate the law.

In terms of passive anti-epidemic, Bolsonaro has also faced similar criminal charges before.

In July 2020, UNI Saúde, a coalition representing Brazilian health professionals, filed a lawsuit with the International Criminal Court in The Hague, accusing Bolsonaro of “crimes against humanity” and “genocide”.

Former Brazilian President Michel Temer was arrested on suspicion of corruption after he stepped down in 2019. In June 2017, the Attorney General of Brazil sued Temer for corruption. But less than a week after his arrest, Temer was released because the court ruled that the arrest lacked legal basis.

In 2016, Brazil’s first female president, Dilma Rousseff, was impeached and removed from the presidency. She was accused of making false statements in the state budget accounts during a re-election campaign.

Lula, who served as Brazil’s president from 2003 to 2010, also served 19 months in prison on suspicion of corruption and money laundering in 2018. In March of this year, the Justice of the Supreme Court of Brazil overturned the previous conviction of Lula and restored his right to run for president again.

On October 8, 2021, local time, in Brasilia, Brazil, former Brazilian President Lula held a press conference, stating that he would decide whether to stand for election early next year. Picture/IC

According to reports, Lula announced earlier this month that he will decide whether to participate in the Brazilian presidential elections to be held in October of that year in early 2022. Currently, he is ahead of Bolsonaro in the 2022 general election poll.