At present, tumor immunotherapy is in the ascendant, and one of the most effective treatment strategies is adoptive cell transfer therapy (ACT).

TCR molecules belong to a superfamily of immunoglobulins and consist of two covalently bound polymorphic subunits. Each subunit is antigen-specific, and they are related to at least four different types of signal transduction chains. In order to activate T cells, there must be an interaction between TCR and the major histocompatibility complex (MHC). 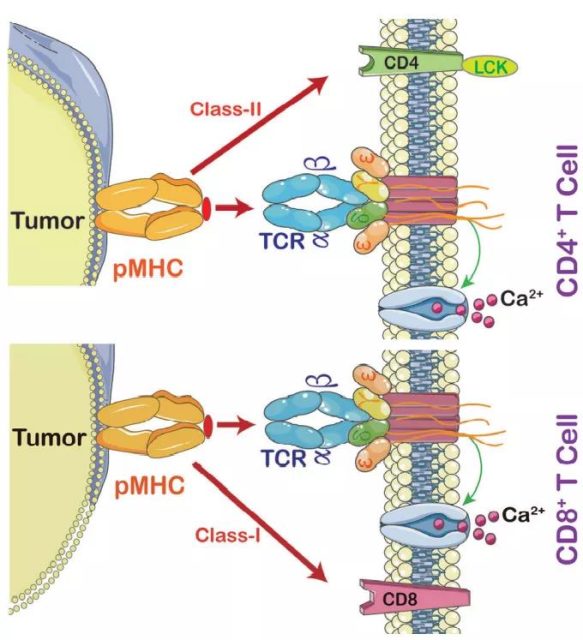 The strength of the interaction between TCRs and pMHC (peptide-MHC) determines the fate of immature thymocytes, which is crucial for the survival of naive T cells. Therefore, TCR-T immunotherapy technology activates the host’s immune system through effective interaction with MHC, especially class II molecules, which are specifically recognized by TCR-T cells and CAR-T cells. TCR-T cells can recognize tumor-specific antigens in cells, while CAR-T cells mainly recognize specific antigens on the tumor surface. This makes TCR-T cells more effective in tumor treatment.

Comparison of CAR-T and TCR-T

In ACT therapy, TCR-T and CAR-T cells have been successfully used in the clinical treatment of solid tumors. 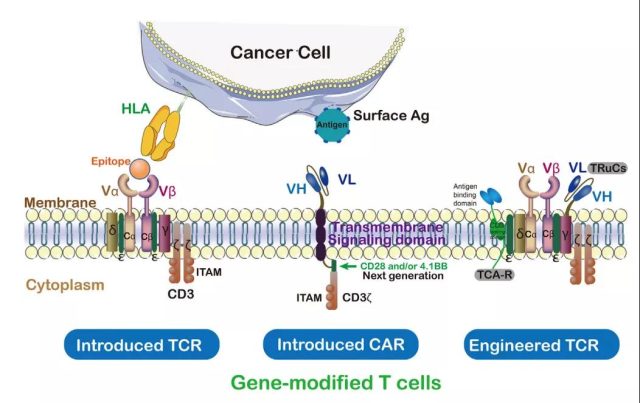 CAR contains a tumor antigen-targeted single-chain antibody, a transmembrane domain, and the intracellular activation domain of CD3ζ. In this way, the engineered CAR can recognize specific tumor-associated antigens, and the CAR can bind to untreated tumor surface antigens without MHC treatment.

In contrast, TCR is an α/β heterodimer that binds to the MHC antigen complex. Compared with TCR, CARs recognize tumor antigens and have certain disadvantages, such as extra-tumor toxicity. Compared with CARs, TCRs have some structural advantages in T cell-based therapies. For example, there are more subunits in the receptor structure (10:1), and immune receptors are based on tyrosine-based activation motifs (ITAMs). ) More (10:3), less dependent on antigen (1:100), and more costimulatory receptors (CD3, CD4, CD28, etc.). TCRs with a low MHC affinity range (104-106M-1) can effectively activate T cells. On the contrary, CARs require a higher affinity range (106-109M-1). 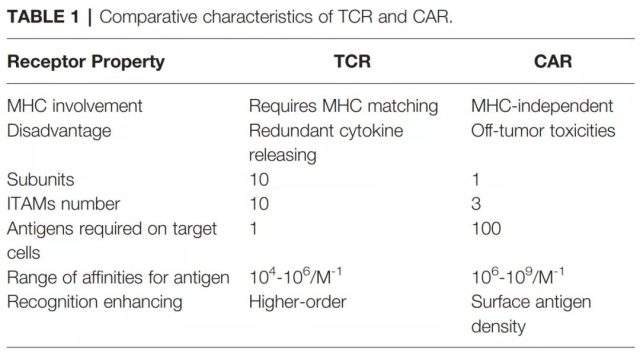 Therefore, CAR-mediated cytotoxicity depends on a higher density of cell surface antigens. In addition, the T cell/antigen interaction is initiated in the immune synapse (IS) structure, where TCR presents a circular region with peripheral LFA-1 adhesion, while CAR presents a diffuse LFA-1 distribution without a circular region. Therefore, TCR-IS is slower but lasts longer than CAR-IS. At the same time, CAR-T cells exhibit a faster killing function and migrate to the next tumor target (serial killing), which is in sharp contrast to the prolonged signal transduction and prolonged killing time of TCR-T cells.

TCR is one of the most complex receptors in the human body. It contains six different receptor subunits, which have a very wide range of functions in T cells. Changes in the TCR of tumor infiltrating lymphocytes (TILs) significantly affect tumor-specific T cells. The change of TCR contributes to the proliferation of T cells, and the diversity of TCR is related to the anti-tumor effect.

TCR engineering of TIL is one of the best treatment methods for tumors. TCR is composed of the α chain and β chain bound to the peptide-MHC ligand, the signal subunits (ϵ, γ, and δ) of the CD3 complex, and the CD3ζ homodimer. Except for CD3ζ, all subunits have extracellular immunoglobulin (Ig) domains. Based on these structures, new technologies using engineered TCR include ImmTAC, TRuCs, ​​and TAC.

ImmTAC specifically targets the HLA-peptide complex on the surface of tumor cells, and promotes T cell-mediated effector functions through the interaction of scFv antibody fragments with CD3. ImmTAC also activates CD8+ T cells in a dose-dependent manner, and can effectively redirect and activate effector and memory CD8+ and CD4+ cells. ImmTAC exhibits a multifunctional response by secreting a variety of cytokines, such as TNF-α, IFN-γ, IL-6, MIP1α-β and IFN-γ inducible protein 10.

In addition, selecting the appropriate target antigen is the key to ImmTACs, and mass spectrometry and MHC multimer technology help to identify the appropriate antigen. It is worth noting that TCR engineered T cells also exhibit unexpected targeted toxicity. In general, ImmTACs have been shown to enhance the anti-tumor response of TCR-T cells, but their safety needs to be further studied. 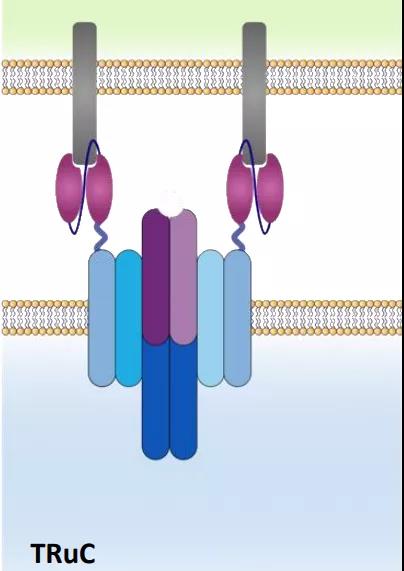 Compared with the second-generation CAR-T cells, this method shows better anti-tumor effects. In addition, TRuCs dominate the entire signal mechanism of the TCR complex, while CARs only use the limited signal of the isolated CD3ζ intracellular segment. 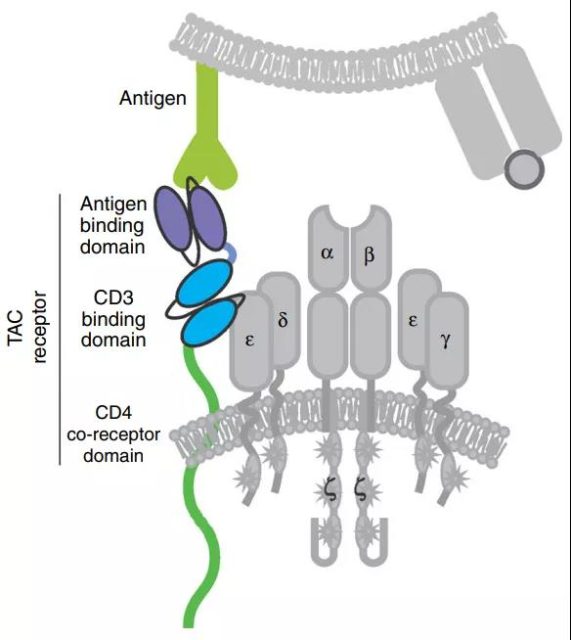 The activity of TAC receptor is closely related to the choice of CD3 binding domain. For example, compared to UCHT1, single-chain antibodies from OKT3 (muromonab-CD3) have lower cytokine production and cytotoxicity, which may lead to substantially different functional results. Compared with second-generation CARs, TAC genetically engineered T cells not only facilitate greater infiltration of solid tumors after adoption, but also reduce the expansion and extra-tumor toxicity of T cells in healthy tissues expressing antigens.

The safety of TCR-T

The ACT of TCR-T cells showed high tumor killing, but some serious adverse events also appeared in some clinical studies. Optimizing the TCR affinity in engineered T cells is crucial, and receptor affinity can determine the safety and effectiveness of T cell therapy. In terms of efficacy, affinity TCR interaction is sufficient to activate T cells, but strong affinity is required to maintain T cell expansion.

The safety switch mechanism based on engineered T cells is an attractive strategy. The thymidine kinase gene derived from herpes simplex virus type I (HSV-TK) is one of the most common suicide genes. 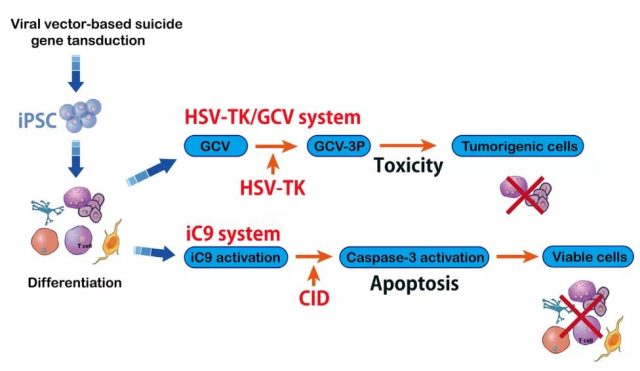 Although HSV-TK has shown safety in cell-based immunotherapy, it requires the introduction of phosphorylated nucleoside analogs. Another safer switch for inducing T cells is called inducible caspase-9 (iC9). iC9 is a modified human FK-binding protein that can be activated by the small molecule compound AP1903. This process depends on the mitochondrial apoptotic pathway.

The iC9 suicide gene has low immunogenicity, which triggers a decrease in the immune response to transgenic cells. The iC9-based safety switch has been shown to have more potential for cell therapy than previous suicide genes.

In recent years, engineered T cells have shown extremely superior curative effects in the treatment of hematoma. TCR regulation is essential for the reactivation of T cells, immune response and its clinical effects on foreign antigens.

However, TCR-T cells have incomparable advantages over CAR-T, and have shown great potential in preclinical and clinical studies. In the future, TCR-T will surely show its unique charm and bring hope to cancer patients to relieve their pain.