Genetic testing: No genetic connection between the Turks and the Turkic people

Genetic testing: No genetic connection between the Turks and the Turkic people, but strong link with Greeks.

After commissioning Ancestry, a gene sequencing company, to conduct genetic testing, it turned out that there was no genetic connection between the Turks and the Turkic people. 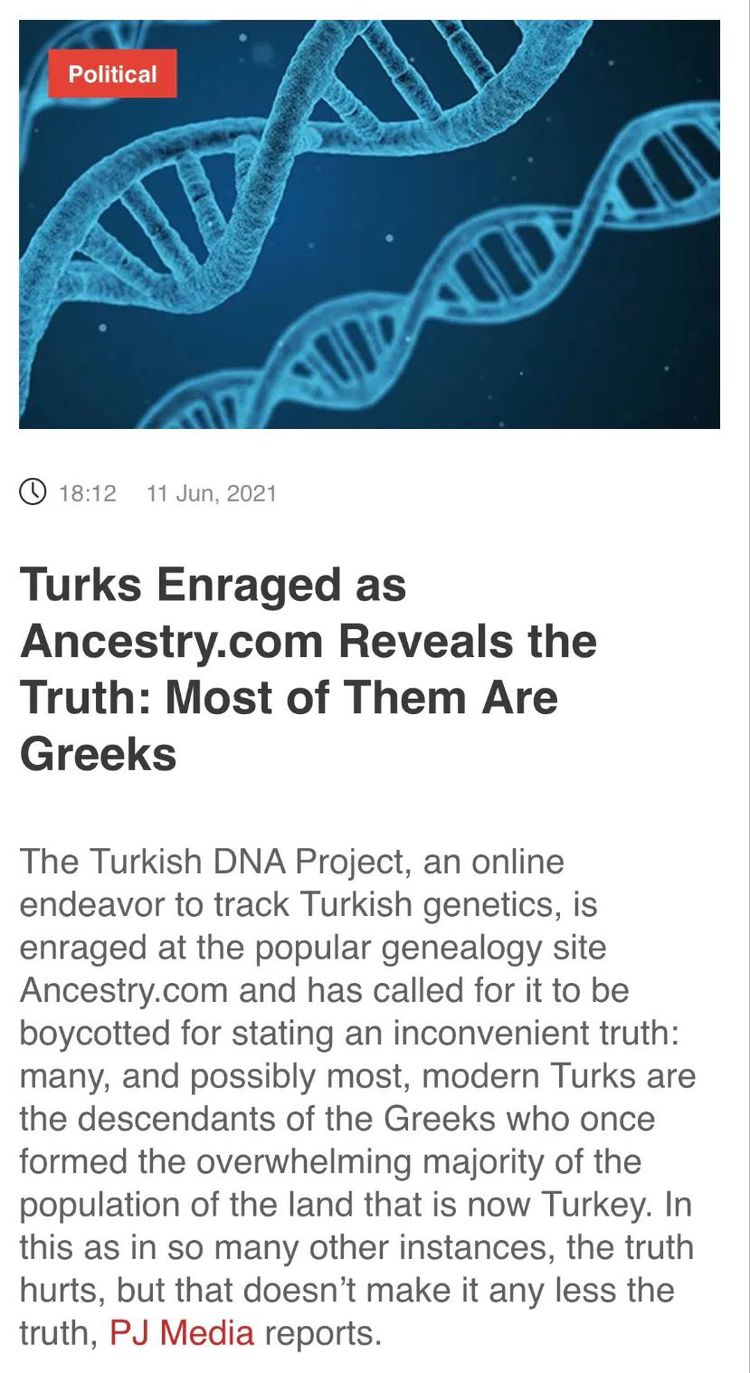 Knowing the result, Turkey is extremely angry. It is well known that Turkey is not the only “Turkic” country in the world, but it is the only country that publicly claims to be of Turkic descent.

Turkey has always promoted pan-Turkism, thinking that its ancestors were Turkic people from Central Asia, and even wanted to form a “Turkic League.”

It was found that the genetic characteristics of the Turks and modern Greeks were very similar. They were both descendants of indigenous Anatolians, and had no connection with the genes of the ancient Turkic people. 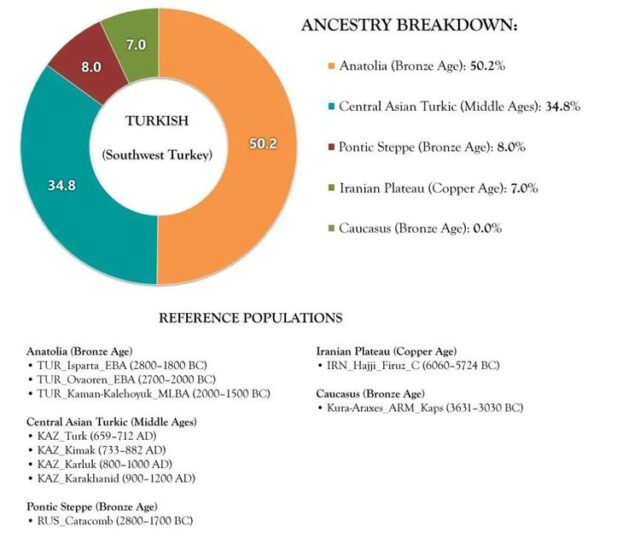 The results of this genetic test made Turkey quite embarrassed. Even some well-known nationalists in Turkey were found to be highly “Greek elements.”

Even more embarrassing: In an analysis of human mitochondrial samples from the Byzantine era, scientists classified the Turks as Caucasians through genetic observations, so that the Turks and their recognized “Turkic brothers”, such as Kyrgyz, Turkmen, and Kazakhs, are not in the same genome. 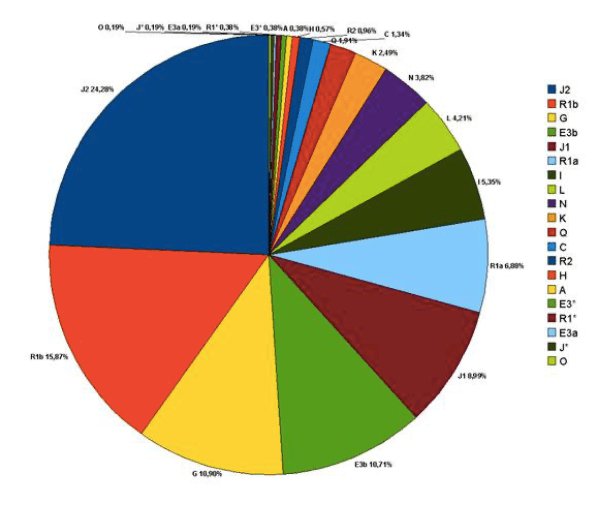 However, the results of this test for ordinary people have had a strong impact on many Turkish people.    This official Turkish project launched a series of campaigns to boycott Ancestry on Twitter.  They though this was a “white racist” conspiracy, and call on all Turks to boycott this company. 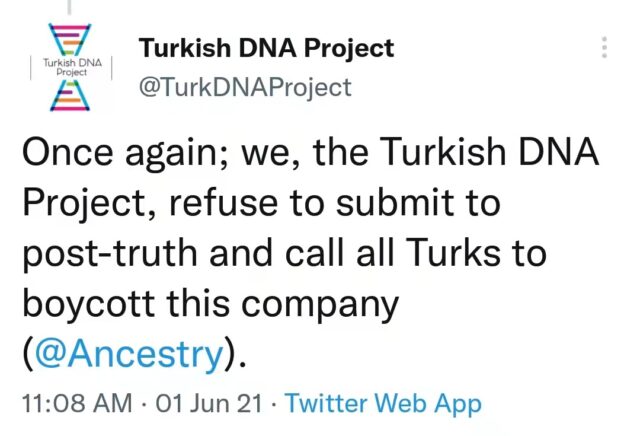 Finding that one’s ancestor may be the “generational enemy”, this “unwillingness to admit it” is understandable.