Is genetic mutation a bad thing?

Is genetic mutation a bad thing?  Proto-oncogenes are those genes that play important functions in human growth and cell division, and they are generally active.

However, mutations can lead to increased activity and uncontrolled cell division. Both EGFR and KRAS are proto-oncogenes. Some people compare them to the accelerator of a car.

What’s the matter with genetic mutations?

Is mutation a good thing or a bad thing? We often say that the occurrence of tumors is the result of genetic mutations caused by environmental factors.

Therefore, when it comes to mutations, it is unavoidable to make people feel terrified. During tumor treatment, doctors often say that this patient has a certain gene mutation. Use a certain targeted drug, otherwise you can’t use this targeted drug.

This seems to give people a feeling that mutation is a good thing. People without mutations want to use a certain effective targeted drug but can’t use it. So, what exactly is the gene mutation? Is it a good thing or a bad thing?

In fact, gene mutation itself is not so-called good or bad, the key is to look at its consequences.

The so-called gene mutation refers to an error in the process of gene replication, or a change in the gene sequence caused by physical, chemical or biological factors. This gene sequence change has many forms, such as point mutations (single base Deletion), deletion, duplication or insertion of multiple bases, etc. 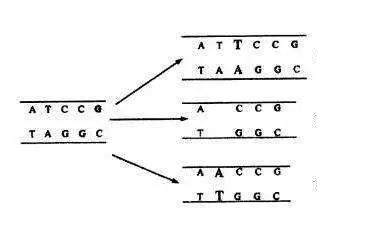 Mutation is usually “not good” because it can cause cells to function abnormally (which may lead to tumors or other diseases), or cause cell death, which of course is not good for the body.

But on the other hand, mutation is also the need for the body to adapt to environmental changes.

If genes never mutate, then this kind of organism will probably be eliminated. It can be said that mutation is also a kind of “driving force” for species evolution.

Why do you say that? What? In other words, those mutations that damage environmental adaptability will eventually be eliminated through natural selection, while those that are beneficial to the species will be accumulated and passed on, so as to maintain the species’ adaptation to various environments and maintain the vitality of the species. .

Adaptability to the environment gives it a selective competitive advantage.

This mutation can lead to the clonal expansion of cells, which is beneficial to the survival of the cells.

However, if the expansion is excessively out of control, it may lead to the occurrence of tumors; some mutations The meaning of is relatively small. It is called “passenger mutation”.

From the name, it can be known that it is like a passenger. It has no effect on the ability of cells to adapt to the environment. However, it exists in the same genome as the driver gene.

It is also related to cell expansion and cloning. Of course, it is only related and not the main source of power.

Proto-oncogenes are those genes that play important functions in human growth and cell division, and they are generally active. However, mutations can lead to increased activity and uncontrolled cell division.

Both EGFR and KRAS are proto-oncogenes. Some people compare them to the accelerator of a car.

Tumor suppressor genes are those genes that inhibit cell proliferation. The existence of these genes inhibits the excessive proliferation of cells and plays a role in limiting the activity of proto-oncogenes.

These genes have inactive mutations, that is, they have no function, and they can also cause tumors. Some people compare it to the brakes of a car. For example, p53 is a tumor suppressor gene.

Almost half of cancer patients have inactivating mutations in the p53 gene.

Hepatocellular carcinoma is the most common type of liver cancer, mainly caused by long-term hepatitis B virus infection.

Other factors include Aspergillus flavus type B1, hepatitis C virus infection, alcoholism and liver cirrhosis. The FOXM1 gene is the basis for the development of liver cells, and p19 is a tumor suppressor gene for liver cancer.

An X antigen encoded by the HBxAg hepatitis B virus gene plays a key role in hepatocellular carcinoma. The X antigen can inhibit the activity of tumor suppressor genes (p53, p21, pRB).

In the MIN pathway, there are mutations in mismatch repair genes, including: MLH1, MSH2, and MSH6.

The occurrence of prostate cancer is initiated by the loss of NKX3.1 gene, which causes a change in the morphology of normal epithelial to intraepithelial tumor (PIN). Furthermore, the loss of PTEN and Rb genes transforms PIN into invasive cancer. Finally, the loss of p53 speeds up the transfer. More specific genes: MKX3A (NKX3.1), PTEN, RB1, p53, p27, p21, PCA3, KAI1.

There are deletions of tumor suppressor genes such as BRCA1, BRCA2, and DCC. P53, ER, and ras genes have point mutations.

The positive expression of p53 and p21 genes in tumor tissues, where p53 is a mutated p53 gene, which has lost its negative regulatory effect on cell proliferation.

Mutations in the VHL gene have multiple LOHs.

Is genetic mutation a bad thing?