A male patient suddenly developed symptoms of cough and hoarseness . At first, he thought it was a common cold, so he didn’t take it seriously.

But two months later, the symptoms of cough still did not ease, this patient had to go to the hospital for examination, the doctor ordered a CT examination , and the result was initially considered to be lung cancer.    This patient couldn’t believe the result!

Then this patient went to other hospitals for laryngoscopy, bronchoscopy and PET-CT examinations , and the wording on the final examination sheet that the diagnosis of small cell lung cancer combined with laryngeal cancer made this patient directly confused: it was not just a cough, how could it be? Got cancer?

In fact, many people in life, like this patient, do not take cough as a symptom. In fact, cough may also be one of the symptoms of early lung cancer.

Cough itself is not a disease

When certain pathogens or foreign objects invade the human respiratory tract, it is easy to produce irritation, and the body’s protective reflex – coughing will be turned on, so we can think that coughing is a self-protection mechanism .

When our cold symptoms are relieved, there are still a small amount of pathogens in our body. At this time, the body’s immune system will continue to attack these pathogens, making our throats itchy and causing a cough response.

After the pathogen is completely eliminated, our respiratory tract is still in a relatively sensitive state, and a little stimulation at this time will still cause coughing. If we have no other symptoms other than cough after a cold, we don’t need to worry too much, and we don’t necessarily need to take cough medicine .

Cold weather, colds, etc. can trigger a cough response, but some cough symptoms are likely to indicate lung problems.

Severe cough induced or stimulated by something is called irritant cough. Once it occurs, it is difficult to stop. The symptoms of this cough are mostly dry cough , which has a certain relationship with lung cancer. It is necessary to pay attention to medical investigation.

2. Cough from time to time

Coughing and expectorating sputum from time to time every day is mainly related to smoking or chronic obstructive pulmonary diseases such as emphysema, chronic bronchitis, and bronchiectasis . If the cough is accompanied by weight loss from time to time , it should be highly suspected of tuberculosis and lung cancer.

Lung cancer often causes hemoptysis symptoms, but not a large mouth of blood, but blood in the sputum , which needs to be distinguished from hemoptysis caused by bronchiectasis.

If coughing is accompanied by hoarseness symptoms, lung cancer factors need to be considered, because lung cancer is prone to hilar and mediastinal lymph node metastasis, once the recurrent laryngeal nerve is compressed, it will paralyze the vocal cords, and then cause hoarseness.

These cough characteristics, you have to be careful

Can not think that cough must be lung cancer. One of the symptoms of many diseases is a cough, so if you have a cough with the following characteristics, it is likely to be related to some other disease.

Long-term inhalation of harmful gases can cause chronic obstructive pulmonary disease . In the early stage, mild coughing and expectoration are the main symptoms.

If not treated in time, the inflammation will invade the airway and cause “air flow obstruction”, that is, it is easy to inhale and difficult to exhale, especially during activities. Difficulty breathing will worsen .

Usually, if a patient is diagnosed with COPD, the doctor will evaluate the patient’s individual condition and give a targeted comprehensive treatment plan.

The long-term medication of COPD patients is of great significance for preventing acute exacerbation of the disease and controlling the disease.

Patients with gastroesophageal reflux cough usually have severe cough during the day, especially after meals . Patients with previous digestive system diseases occasionally have the performance of pantothenic acid, but the cough symptoms are relieved .

At present, for gastroesophageal reflux cough, anti-reflux treatment is usually used in clinic, and the cough will gradually recover.

In the early stage of patients with left heart failure, in addition to chest tightness and shortness of breath, they also have frequent dry coughs, especially after activities.

Usually, the main treatment for cardiogenic cough is to correct heart failure, supplemented by diuretics, coronary dilation, and improvement of cardiac function.

Patients with cough variant asthma mainly have cough as the sole or chief complaint, but have no obvious asthma and normal chest X-rays, have airway hyperresponsiveness, and often have a history of allergic diseases .

If the patient is diagnosed with cough variant asthma, the clinical asthma treatment plan can generally relieve the symptoms of cough discomfort, but it should be noted that the treatment should be continued and reviewed regularly.

What to do with a cough? 3 ways to relieve cough

Although the cough seems to be a “minor illness”, it is really uncomfortable to cough. How to relieve cough? Then look down.

The reason why honey relieves cough is not clear, but the American Academy of Pediatrics has emphasized the importance of honey in the self-care measures of cough. However, honey is not recommended for children under 1 year old. 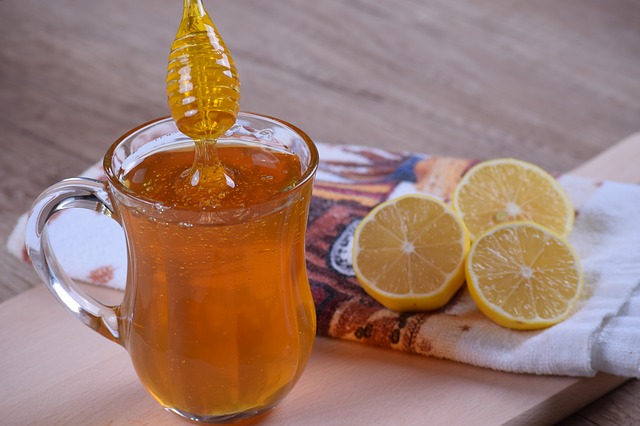 Taking a hot bath can remove the allergic factors such as dust and particles on the surface of the skin that cause cough. In addition, inhaling hot steam during a hot bath can relieve the symptoms of nasal congestion and runny nose, and can reduce the cough caused by the irritation of the nose to the throat.

The most important thing is that hot steam can also protect the throat and reduce the sensitivity of the throat . In fact, it is similar to drinking more hot water.

We can choose the appropriate cough medicine according to the sound of the cough and the color of the phlegm .

The cough is heavy and the sputum is thin and white , accompanied by symptoms of headache, sneezing, and nasal congestion, which are mostly caused by exogenous wind-cold.

The cough is loud and the sputum is yellow and thick , accompanied by fever, thirst, and sore throat.

The cough is heavy and turbid with more sputum , or accompanied by symptoms of chest tightness, which is common in the elderly.

Short cough and bloodshot sputum , as well as night sweats and fatigue, it is recommended to use drugs that remove stubborn phlegm and produce body fluid.

Many people take cough medicines as soon as they cough, but sometimes coughing may just be a protective mechanism for our bodies.

However, cough may also be a signal of certain diseases, so you should pay attention to screening and symptomatic treatment of cough symptoms to avoid small lesions and serious diseases.