Will drinking alcohol reduce the effectiveness of the COVID-19 vaccine?

Recently, the Tokyo government of Japan announced that in order to promote the vaccination process of the COVID-19 vaccine and further curb the spread of the epidemic, all people over the age of 18 after March 15 can go directly to three large vaccination sites for the third shot of COVID-19 vaccine without an appointment. 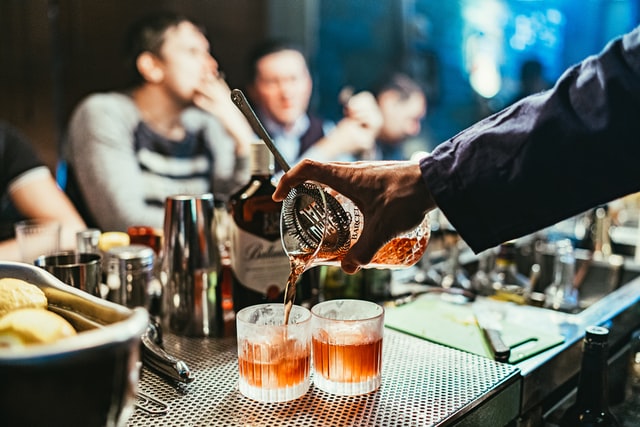 Despite Japan’s efforts to provide a booster shot of the COVID-19 vaccine, progress is still slow. As of the end of January, only about 30% of eligible people in Japan had had a third shot.

Why emphasize the third shot? This is because in the environment of the invasion of the Omicron virus and the repeated epidemics, the third booster vaccine is used to strengthen the antibodies and resist the epidemic. In fact, it has also become a global consensus.

Since September last year, in order to continue to consolidate the effect of vaccination and improve the immune barrier of the population, some countries has successively launched the COVID-19 vaccine strengthening immunization work in various places, and started the third shot of the inactivated vaccine. Today, the local epidemic is spreading in many places, and it is increasingly urgent to increase the vaccination rate of booster shots.

However, you may not know that a habit we are accustomed to may greatly weaken the efficacy of booster shots.

A recent study by the University of International Health and Welfare (IUHW) in Japan found that drinking habits may reduce the rise in neutralizing antibodies to the new coronavirus after booster vaccinations. This means that booster shots will be significantly less effective for people who drink alcohol than those who don’t drink.

The research team, led by Associate Professor Fujita of the University of International Health and Welfare, said that the levels of these antibodies in the body of people who drink alcohol were reduced by an average of 15% after the injection of booster shots compared with those who did not drink alcohol. Their comparative survey for the study included 187 respondents between the ages of 21 and 77 who had received two doses of the COVID-19 vaccine between March and May last year and were vaccinated in December. Pfizer’s booster shot.

The researchers checked for the presence of antibodies in their blood, including levels of neutralizing antibodies that could prevent infection. The results showed that compared with before vaccination, the average neutralizing antibody titer of all those who received the third dose of the COVID-19 vaccine increased by 34 times, even if the antibody titer of the elderly may be lower than that of the young, but the booster injection , their antibody titers also rose to adequate levels.

This shows that the third injection can indeed effectively produce antibodies and prevent the occurrence of serious symptoms.

However, combined with a questionnaire survey on the tobacco and alcohol habits of these 187 people, it was found that both drinking and smoking have a negative impact on the ability of vaccines to enhance human immunity, and the negative impact of drinking is even higher than that of smoking, which is also a bad habit. adverse effects on vaccines.

This study by the International Medical Welfare University is the first large-scale study of the effect of alcohol consumption on the efficacy of booster shots in Japan. Although the study sample mainly focused on the third shot of Pfizer’s vaccine, it still reminds all people who receive booster shots. , it is imperative to reduce alcohol intake.

Mixed vaccines are more effective. This is also the sequential vaccination of the COVID-19 vaccine that the National Health and Health Commission previously emphasized. Next, let’s take a look at the data from Japan. At present, Japan has shifted the third vaccine from Pfizer to Moderna vaccine to a certain extent.

According to a report by Japan’s “Tokyo Shimbun” on February 18, a research team from the Ministry of Health, Labour and Welfare of Japan conducted a research and survey on the medical staff who were the first to receive the third dose, and compared the three doses of the Pfizer vaccine and the transfer of the Moderna vaccine in the third dose.

That is to say, in the third shot of the “mixed fight” Moderna vaccine, there will be higher antibody levels. However, the chance of side effects after the third dose of Moderna is also higher.

Juntendo University visiting professor Ito Suminobu said that the third booster dose of Moderna vaccine is more effective to deal with the mutant virus strain of Omicron. But you need to balance the side effects.

Will drinking alcohol reduce the effectiveness of the COVID-19 vaccine?