New COIVD-19 variant XE: Spreads 10% faster than Omicron, will it lead to a new round of large-scale outbreaks?

Recently, the UK Health and Safety Agency (UKHSA) confirmed that a recombinant variant of the Omicron sub-strain BA.1 and BA.2, named XE, was found in the UK.

Recombinant strains are not uncommon during the COVID-19 epidemic, but most of them are not as good as BA.2, the fastest-spreading Omicron strain.

The XE strain could become a potential global threat. Although it currently infects less than 1% of the population in England, it spreads 9.8% faster than the fastest-spreading BA.2 strain.

As the “Scud” in the recombinant strain, will XE lead to a new round of large-scale outbreaks?

Omicron’s new variant XE? what is it

Recombination phenomena are not uncommon in viruses. Taking Omicron as an example, it has produced many related strains. The earliest version was BA.1, and then two subtypes were produced through mutation, namely BA.2 and BA.3.

The genomes of these strains are so similar that little attention is paid to them unless it causes a new wave of outbreaks.

Why are there mixed strains? This is because the virus needs to transport the RNA components into the cytoplasm in the process of replicating the offspring. At this time, it is easy to be confused by the similar appearance of the BA.1 and BA.2 strains and install the wrong components.

So what happens when it’s wrong?

The final result is that BA.1 and BA.2 “hand in hand”, transformed into a new virus monster: the new strain of Omicron XE. 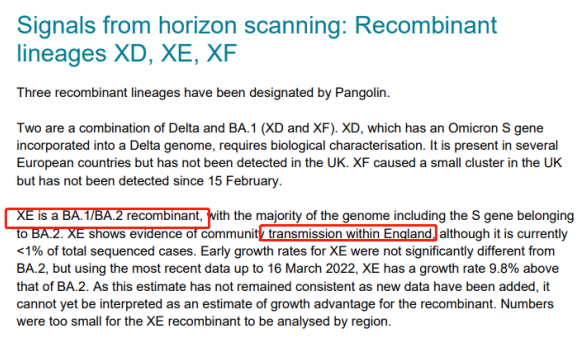 In fact, as early as early March this year, the Israeli Health Authority stated that there were 2 cases of XE infection in the country. Sadly, this warning went unheeded as the previous regrouped opponents were few and far between. Until recently, XE began to show off its claws in the UK.

So far, 637 confirmed cases of the XE variant have been found in the UK, and the virus is still spreading rapidly.

About XE: How much information do we have?

Let’s first look at a set of data.

In addition to XE, two other recombinant strains are currently attracting the attention of experts around the world – XD and XF.

Both are reorganizations of Delta and Omicron, commonly known as Deltacron. Among them, a total of 49 cases were confirmed by XD. It “inherits” delta more and spreads less quickly. 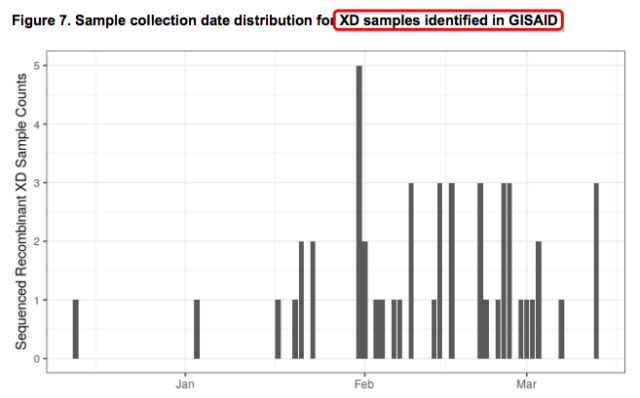 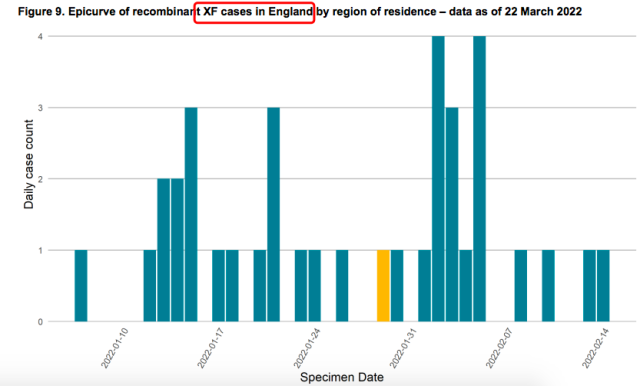 Cases caused by XD and XF strains in the UK

There are 38 confirmed cases of XF in the UK, which has most of the characteristics of BA.1, but the transmission speed of BA.1 is lower than that of BA.2. XF “fans follow the main owner”, and there is a high probability that it will not spread.

But compared with these two, the number of XE infections has increased.

According to the UK Health and Safety Agency’s technical briefing, XE has an average weekly growth rate of 9.8% relative to BA.2 , with a certain growth advantage (below). 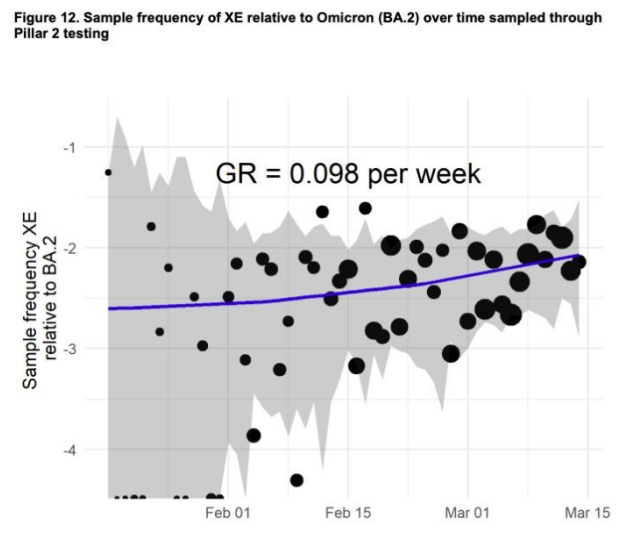 Professor Susan Hopkins, chief medical adviser to the UK’s Health and Safety Agency, said recombinant variants of Covid-19 were not uncommon, especially when multiple variants were circulating at the same time like the current one. In most cases, the recombinant variant will die out relatively quickly, unless its virulence and transmission advantages are particularly prominent.

XE seems to have inherited the rapid spread of BA.2 and some mutations of BA.1, and its toxicity needs to be further observed.

So, will XE be the exception to this? 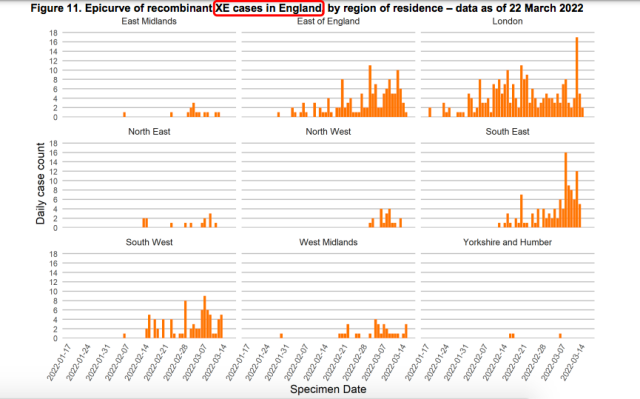 In Prof. Hopkins’ view, XE shows a variable growth rate, but it’s not yet certain whether it has a real growth advantage. So far, there is not enough evidence to draw conclusions about XE’s infectivity, severity, or vaccine effectiveness.

In short, XE is just getting attention, experts are still working on it, and the clues are really limited right now. According to information provided by the UK Health and Safety Agency, it is still uncertain how XE grows and spreads.

The World Health Organization warns all European countries not to underestimate or underestimate the dangers of recombinant strains.

It can be said that Omicron and its reconstituted descendants have become a major problem in tackling the current epidemic.

The School of Medicine of the University of Hong Kong has done a comparative test of the survival time of the original strain and Omicron: 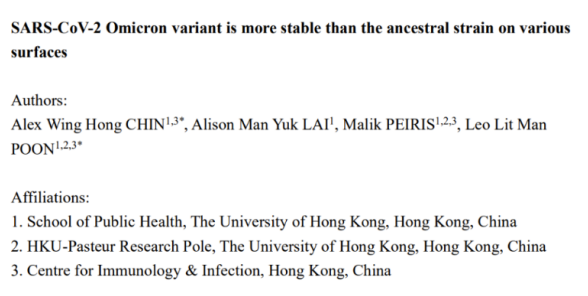 In March of this year, an article published in NEJM magazine mentioned:

After the first two doses of the Pfizer (BNT162b2) vaccine, the median pseudovirus neutralizing antibody titers against the original strain, BA.1 and BA.2, were 658, 29 and 24, respectively;

Six months after initial vaccination, the median neutralizing antibody titer for the original strain dropped to 129, and the median for BA.1 and BA.2 dropped to below 20.

Two weeks after the third dose of Pfizer’s vaccine, the median neutralizing antibody titer of the original strain increased significantly to 6539, BA.1 was 1066, and BA.2 was 776, indicating that the neutralizing antibody titer against the original strain was significantly different. The median values ​​were 6.1 and 8.4 times that of BA.1 and BA.2, respectively.

What do these two sets of tests show?

On the one hand, it shows that Omicron and the recombinant strain are more likely to survive than the original strain;

On the other hand, it shows that the effectiveness of all vaccines currently on the market or approved for emergency use is greatly reduced in the face of Omicron and recombinant strains.

Therefore, we still need to be vigilant about the recombinant strain XE. Will it land in the country one day in the future?

References:
1. SARS-CoV-2 variants of concern and variants under investigation in England
https://assets.publishing.service.gov.uk/
2. The mysterious Chiron strain has mutated again. What do we know about the new strain?
https://new.qq.com/omn/20220330/20220330A07KEH00.html
3. A new strain of Omicron appeared, XE, which is a combination of BA.1 and BA.2, spreading 10% faster than BA.2!
4. [mutant strain] Recombination frenzy