According to Evaluate Pharma’s report “Evaluate Vantage 2022 Preview”,  FiercePharma analyzed the top ten most anticipated new drugs to be launched in 2022.

As of May 14, 2022, 4 drugs have been approved, and 1 drug has been rejected due to insufficient evidence of efficacy.

Among the 10 new drugs, there are 4 small molecules, 3 monoclonal antibodies, 1 cell therapy, 1 RNAi therapy, and 1 polypeptide.

According to the forecast, the total sales of these ten new drugs are expected to reach US$26.9 billion in 2026, of which Eli Lilly’s Aβ mAb has the highest forecast sales of US$6 billion. 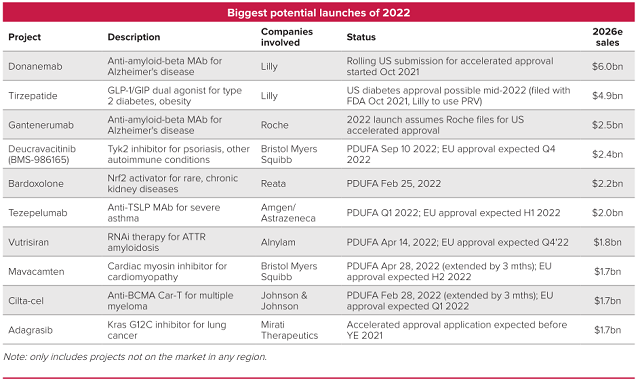 Developed by Eli Lilly, it is a humanized IgG1 monoclonal antibody that targets the deposition of specific forms of Aβ plaques (N-terminal 3-position pyroglutamination, referred to as N3pG-Aβ) , which can reduce the formation of new plaques and help clear existing plaques.

There are depositional plaques. In 2013, it entered the Phase I clinical study. In May 2021, the results of its Phase II clinical trial TRAILBLAZER-ALZ were published in the New England Journal of Medicine.

The data showed that the use of Donanemab can delay the decline of patients’ cognitive and daily living abilities. The treatment group comprehensively The score on the Alzheimer’s Disease Assessment Scale (iADRS) decreased by 6.86 points and the placebo group decreased by 10.06 points, a statistically significant difference. 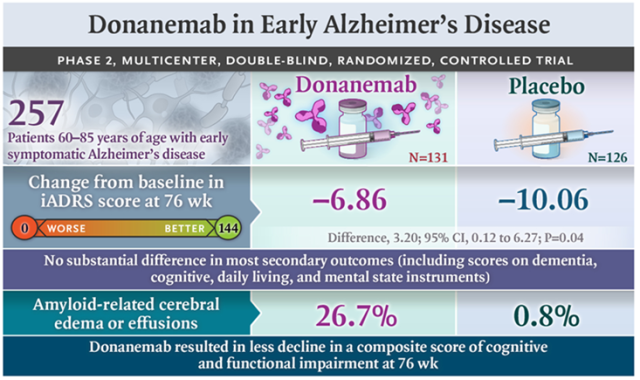 Aducanumab, a similar drug developed by Biogen, was approved by the FDA in June 2021, but the process was quite controversial.

The FDA advisory committee voted a 10:1 objection to reject approval. Its annual treatment cost was $28,200, but in the first quarter of 2022 sales of just $2.8 million.

Although aducanumab’s performance was slightly dismal, analysts at Eli Lilly and Evercore ISI were optimistic about Donanemab , as head-to-head clinical data showed that Donanemab was more effective than aducanumab in reducing the concentration of deposited Aβ .

Eli Lilly has currently submitted an application for accelerated approval of Donanemab, and is submitting clinical data on a rolling basis. If the FDA approval goes well, it is expected that Donanemab will be launched to the market by the end of this year, and confirmatory clinical trial results will be obtained before 2023.

In the early 3 years, this will bring Lilly a greater market advantage. According to Evaluate Pharma, its sales in 2026 will reach 6 billion US dollars.

Developed by Eli Lilly, it is a 39 amino acid peptide for the treatment of type II diabetes and obesity, which can simultaneously stimulate glucagon-like peptide-1 (GLP-1) and glucose-dependent insulin-stimulating polypeptide (GIP) receptors. 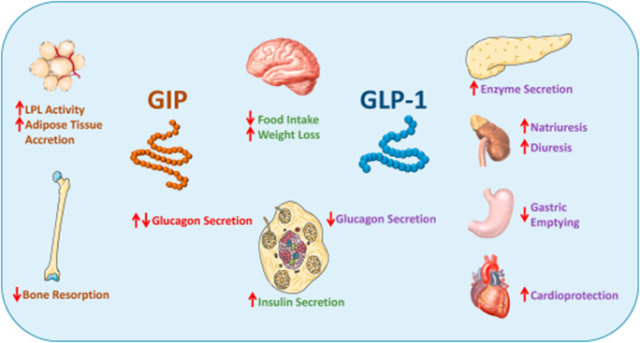 On June 25, 2021, data from a head-to-head Phase 3 clinical trial of Tirzepatide and Novo Nordisk GLP-1 blockbuster semaglutide (Ozempic) were published in the New England Journal of Medicine, and Tirzepatide was shown to reduce blood sugar levels and body weight by pesos Maglutide is more potent .

Therefore, Eli Lilly is also fully preparing for the commercialization of Tirzepatide, as well as expansion into obesity and other indications.

According to the obesity phase III clinical data released by Eli Lilly on April 28 , at the 72nd week, the average weight loss of Tirzepatide reached 22.5% (24kg) , and 63% of the patients in the 15mg high-dose group achieved weight loss of more than 20%.

The clinical data of marglutide STEP showed that patients lost weight between 16.9% and 18.2%. FDA-approved for the treatment of type 2 diabetes on May 13, 2022. According to Evaluate Pharma, its sales in 2026 could reach $4.9 billion.

Like Lilly’s Donanemab, it is a humanized IgG1 monoclonal antibody targeting Aβ, which can recruit microglia and activate phagocytosis to degrade Aβ plaques.

It is also the only Aβ antibody that is administered subcutaneously . 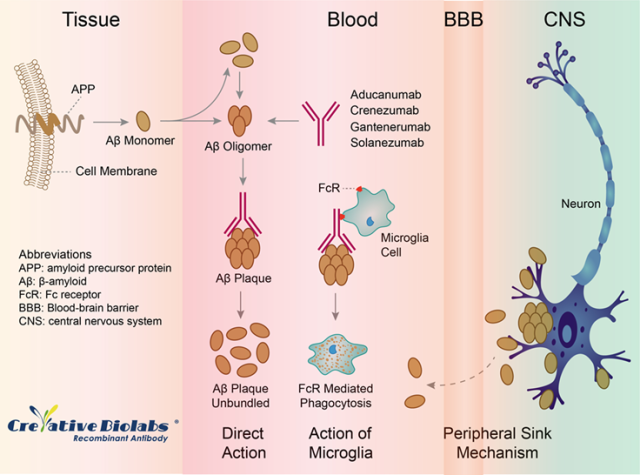 The development of Gantenerumab was also not so smooth, and on December 19, 2014, Roche stopped dosing Gantenerumab after data from an interim analysis of the SCarlet RoAD trial showed that the treatment was ineffective.

But post-hoc analysis showed that Gantenerumab was effective in rapidly progressive Alzheimer’s patients, and the trial restarted in 2018, with half of the patients treated with Aβ concentrations below the positive threshold.

Obtained FDA breakthrough therapy designation in October 2021 , and the pivotal GRADUATE Phase III clinical trial is underway and is expected to be completed in the second half of 2022.

If Roche submits an application for accelerated approval, the drug will likely be approved this year. According to Evaluate Pharma, its sales in 2026 could reach $2.5 billion.

Developed by BMS, it is the first JAK inhibitor that selectively acts on the JH2 domain of TYK2 , can inhibit the signal transduction of IL-23, IFN α and IL-12, and will be used for the treatment of systemic lupus erythematosus and psoriasis and other autoimmune diseases. 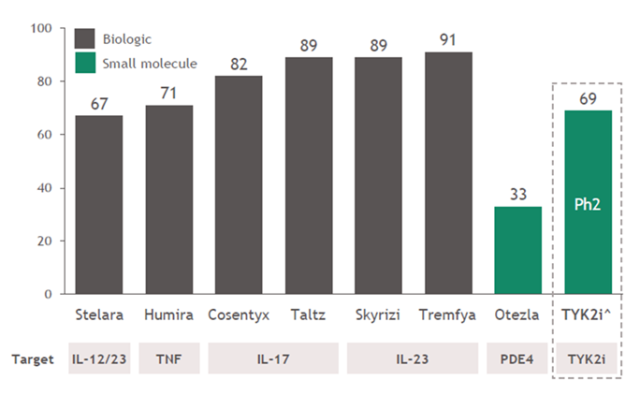 The patient response rate was 69% , which was significantly better than the blockbuster Otezla , which is also a small molecule oral drug, and close to the IL-12/23 mAb Stelara and the drug king Humira .

However, TYK2 is one of the subfamily of JAK kinases, and the FDA does not rule out that it will require deucravicitinib to add a boxed warning.

Although deucravicitinib is an allosteric inhibitor of TYK2 with a different mechanism of action from all approved JAK inhibitors, and no increased risk of cancer and heart disease has been found in clinical trials, large-scale post-marketing studies are still required for BMS. make its security more convincing.

Currently, BMS has submitted an NDA for deucravicitinib with a PDUFA date of September 10, 2022. According to Evaluate Pharma, its sales in 2026 could reach $2.4 billion.

Bardoxolone met its primary and key secondary objectives in the Phase III CARDINAL registration trial, but the FDA advisory committee believes that the use of glomerular filtration rate as the primary indicator in clinical trials is not as good as other indicators to confirm efficacy, and therefore questioned the drug and The progression of CKD cannot be delayed, and the FDA voted against approval of Bardoxolone by a 13-0 vote on February 25.

But Reata has not given up, saying that it will maintain cooperation with the FDA and continue to promote the clinical program of Bardoxolone in the treatment of Alport syndrome.

Co-developed by Amgen and AstraZeneca, Tezspire is the first monoclonal antibody to consistently and significantly reduce exacerbations in a broad population of patients with severe asthma .

By binding to thymic stromal lymphopoietin (TSLP), Tezepelumab blocks the interaction of TSLP with its receptor complex and inhibits multiple downstream inflammatory pathways, thereby reducing the rate of asthma exacerbations. 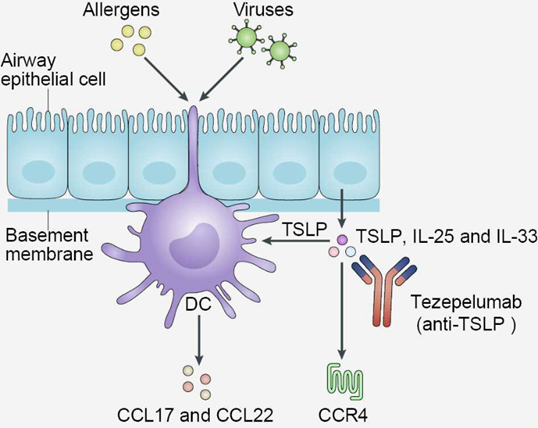 Based on this positive result, Amgen submitted a BLA to the FDA on May 10, 2021, and it was approved on December 17, 2021, as an add-on maintenance therapy for the treatment of severe asthma in pediatric patients ≥12 years of age and adult patients.

Based on current clinical data, tezepelumab has shown efficacy in several serious lung diseases, and analysts believe it will have the opportunity to challenge the dominance of Sanofi’s blockbuster Dupixent. According to Evaluate Pharma, its sales in 2026 could reach $2 billion.

Developed by Alnylam, it is a subcutaneous RNAi therapy for the treatment of hereditary and wild-type transthyretin amyloidosis (ATTR).

Vutrisiran targets and silences transthyretin mRNA and blocks translation of wild-type and mutant transthyretin. May help reduce the deposition of transthyretin amyloid in tissues, promote the removal of amyloid deposited in tissues, and potentially restore the function of these tissues. 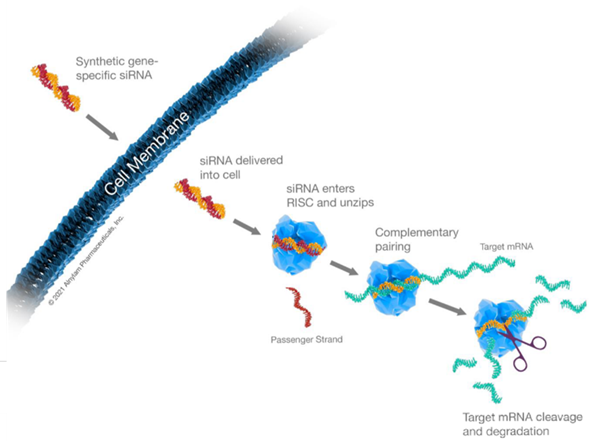 Compared with Alnylam’s Patisiran (also an siRNA for ATTR treatment) approved in 2018 , Vutrisiran uses GalNAc delivery technology, which improves the efficacy and metabolic stability of RNAi , and reduces the frequency of dosing.

In the Phase III HELIOS-A clinical study, Vutrisiran outperformed the placebo-controlled early-stage Patisiran clinical trial, with a 0.46-point reduction from baseline in the patient-adjusted Neuropathy Impairment Score (mNIS+7) at month 18 , while the control group increased by 28.09 points, showing a higher clinical benefit, in addition to statistically significant improvements in multiple measures of quality of life, gait speed, nutritional status, and overall disability.

Vutrisiran had submitted an NDA to the FDA in April 2021, and the FDA extended the PDUFA date by three months from April 14 this year to July 14 to conduct inspections of third-party packaging and labels. According to Evaluate Pharma, its sales in 2026 could reach $1.8 billion.

Phase III EXPLORER-HCM clinical data showed that 36.6% of patients using Mavacamten experienced significant improvement in oxygen consumption and cardiac function after 30 weeks, compared with 17.2% in the placebo group, and the clinical benefit lasted for nearly a year.

Compared with traditional drugs (such as beta -blockers, calcium channel blockers, etc.), it has obvious superiority and can change the natural process of HCM .

The FDA approved Mavacamten for the treatment of HCM on April 29, 2022. Evaluate Pharma predicts that its sales in 2026 will reach 1.7 billion US dollars, which will help BMS cope with the upcoming patent cliff of 10 billion single product Eliquis.

Developed by Legend Bio, it is a CAR-T therapy targeting B cell maturation antigen (BCMA), containing a 4-1BB co-stimulatory domain and two BCMA-targeting antibody domains for the treatment of multiple myeloid tumor. 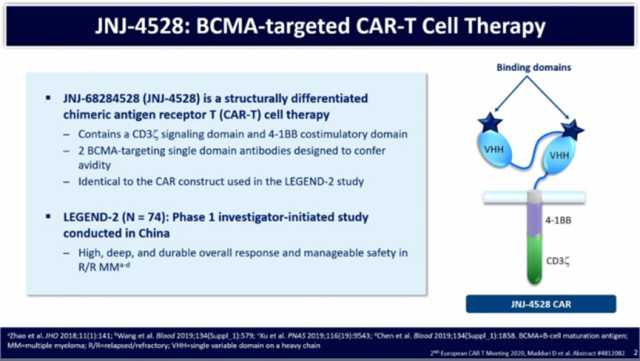 In December 2020, Cedarquiorenza began rolling BLA submissions to the FDA, and was finally approved for the treatment of multiple myeloma on February 28, 2022.

The FDA approval is based on the results of the pivotal Phase Ib/II CARTITUDE-1 study.

According to the latest data from CARTITUDE-1 presented at the 63rd ASH Annual Meeting in 2021, in 97 patients with relapsed or refractory multiple myeloma who were followed up for nearly two years, the overall response rate was 98% , strictly meaning The complete remission rate was 83% , and the two-year progression-free survival rate and overall survival rate were 61% and 74% , respectively, with Best in class potential .

According to Evaluate Pharma, its sales in 2026 could reach $1.7 billion.

Developed by Mirati, it is a highly selective KRAS G12C inhibitor that can covalently bind to the cysteine ​​residue of KRAS G12C protein, maintain the inactive conformation of KRAS protein binding to GDP, and block oncogenic signaling. Inhibits the proliferation of tumor cells for the treatment of NSCLC with KRAS G12C mutation. 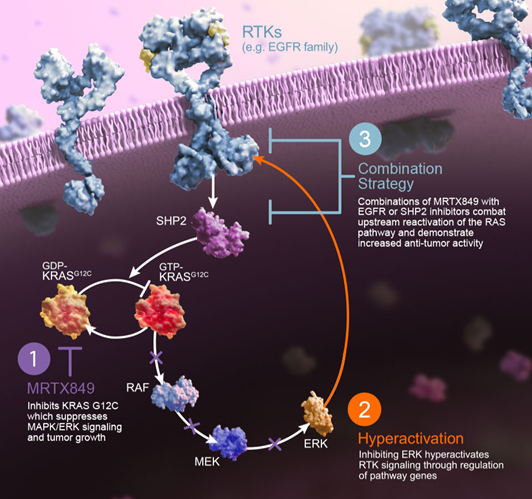 According to data from the KRYSTAL-1 Phase II registration clinical cohort, among patients with KRAS G12C-mutant advanced NSCLC who had previously received front-line therapy (including immunotherapy and chemotherapy), the ORR of adagrasib at a median follow-up of 9 months was 43%, and the DCR was 80%.

Based on this data, Mirati submitted an NDA with a PDUFA date of December 14 this year.

In order to catch up with Sotorasib, Adagrasib is also accelerating the development of other indications such as colorectal cancer and pancreatic cancer.

Better clinical benefit than Sotorasib has been shown in colorectal cancer patients. According to Evaluate Pharma, its sales in 2026 could reach $1.7 billion.

Reference: 2022 Top 10 Most Anticipated New Drugs: 4 have been approved!
[1] https://www.fiercepharma.com/special-report/10-most-anticipated-drug-launches-2022