This is the first time this innovative therapy has received regulatory approval worldwide.

Speaking of ALS, readers may have heard of the “Ice Bucket Challenge,” a fundraiser that once swept social media and brought attention to ALS (aka ALS).

Famous physicist Professor Hawking once fought bravely against ALS for a long time.

The motor neurons in the brain and spine of people with the disease continue to die, resulting in muscle weakness and paralysis, ranging from the inability to walk to the inability to speak, swallow, and breathe. Amylyx reports that nearly half of ALS patients die within 2 years of diagnosis.

Although ALS was discovered more than 150 years ago, its pathogenesis is still not fully elucidated, with genetic mutations associated with about 10% of patients, and environmental factors are believed to play an important role.

Disorders of these two organelles can lead to protein folding errors, abnormal energy metabolism and other problems, resulting in the death of nerve cells. 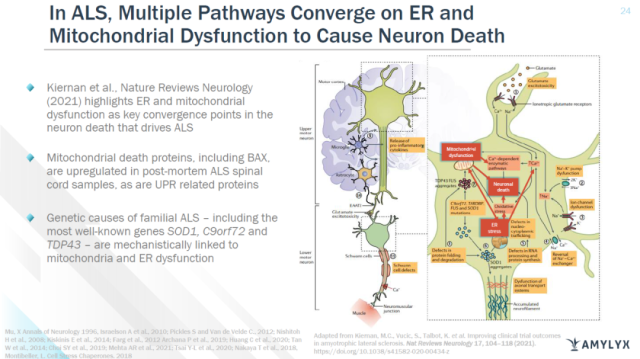 Amylyx’s Albrioza (previously known as AMX0035) originated from the thinking of two college students, Joshua Cohen and Mr. Justin Klee, in their college dorms. The idea is to delay nerve cell death by improving the health of mitochondria and endoplasmic reticulum inside cells.

They can improve the health of mitochondria and endoplasmic reticulum within cells. When Amylyx first started, the two co-founders were only 21 and 22 years old. 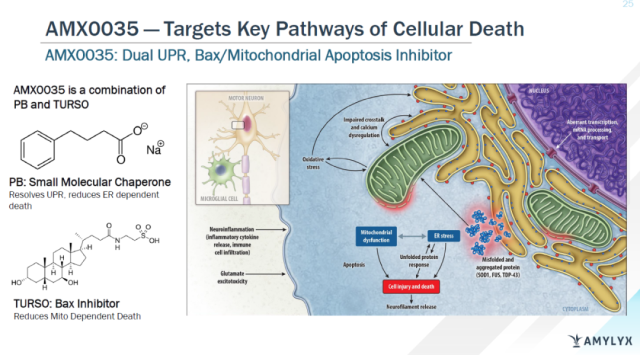 The approval of Albrioza was based on a Phase 2 clinical trial called CENTAUR involving 137 ALS patients.

Results of the trial showed a mean improvement of 2.32 points in patients treated with Albrioza, which was assessed using a scale called ALSFRS-R.

The findings have been published in the prestigious medical journal “New England Journal of Medicine”. 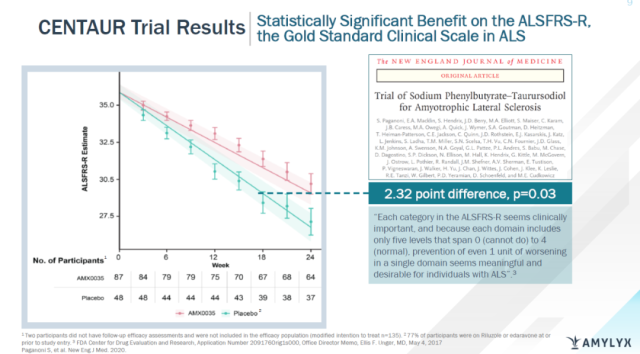 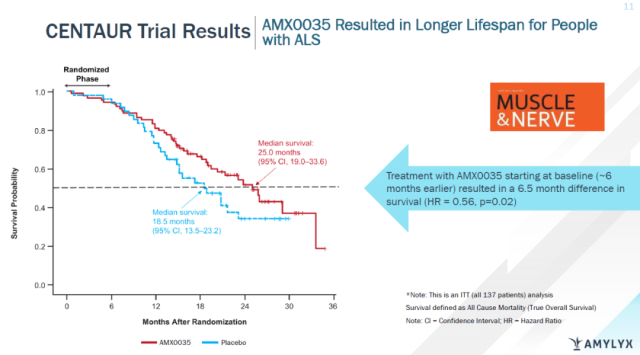 One of the conditions for marketing approval by Canadian regulators is that Amylyx needs to conduct a confirmatory clinical trial to further verify the efficacy of Albrioza in patients with ALS.

At present, the company has launched a global Phase 3 clinical trial called PHOENIX, which is expected to recruit about 600 ALS patients.

The primary endpoints of the trial were patient survival and functional assessment. Amylyx expects top-line results from this clinical trial in 2024.

“I have been involved in caring for ALS patients for over 30 years. We have made important breakthroughs in scientific research and made great strides in drug development. The approval of Albrioza is a testimony to these advances.” Montreal Neurological Institute Dr. Angela Genge, director of the ALS Global Center of Excellence, said, “New treatment options that can slow disease progression are critical for people with ALS. This gives them more time for us to explore curative treatments.”

Every June 21st is World Gradual Freezing Day. On this occasion, WuXi AppTec will hold a special session on amyotrophic lateral sclerosis (ALS) and neuromuscular disease (NMD) in the “Let Science Lead” series of public welfare forums on rare diseases.

From multiple perspectives, such as medical needs, the current situation and cutting-edge models of new drug research and development, and the future blueprint for overcoming chronic diseases, we will jointly explore the road of innovation, and bring together cooperative forces to transform the disease management of ALS and NMD.

Original title: The first batch in the world! A century-old disease with a fatality rate of 100% ushered in innovative treatments