Diffuse intrinsic pontine gliomas (DIPGs) are gliomas typically driven by histone H3 mutations and are the leading cause of brain tumor-related death in children.

Treatment options are limited due to the location, invasiveness, and aggressiveness of this tumor.

This phase 1 clinical trial of 12 children aged 3-18 years with diffuse intrinsic pontine glioma (DIPG) showed that chemotherapy followed by infusion of the oncolytic virus DNX-2401 into the brain resulted in median survival of patients The period reached 17.8 months, an extension of about 50%. 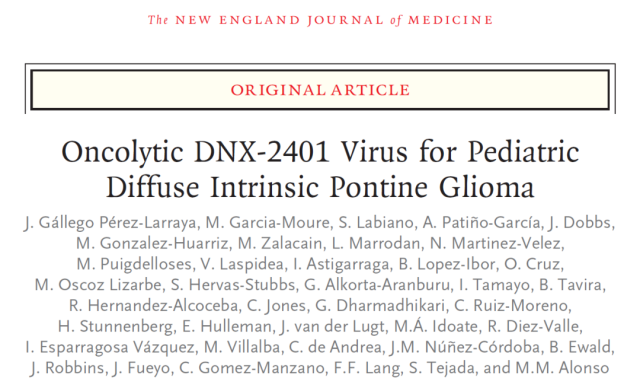 By replicating in cancer cells, they cause the lysis of cancer cells; Tumor viruses can further trigger a systemic immune response to kill cancer cells.

Previous clinical trials in adult patients with recurrent malignant glioma have shown that intratumoral injection of DNX-2401 can trigger immune cell infiltration in the tumor microenvironment, induce anti-tumor immune responses, and prolong survival in some patients. 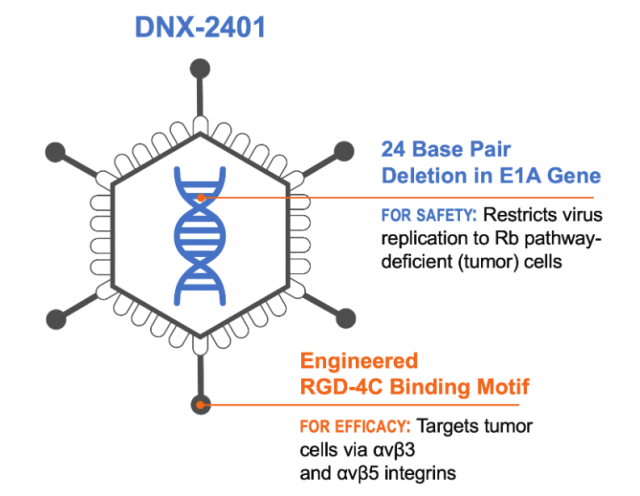 In this clinical trial, the research team conducted a phase 1 clinical trial of DNX-2401 in 12 pediatric patients (ages 3-18 years ) with diffuse intrinsic pontine glioma (DIPG) , which was infused into the tumor. After oncolytic virus, standard radiotherapy was administered.

The primary objective of this Phase 1 clinical trial is to evaluate the safety and adverse events of DNX-2401.

Secondary objectives are to assess the effect of DNX-2401 on overall survival and quality of life, to determine the proportion of patients with an objective response, and to collect tumor biopsies and peripheral blood samples for molecular characterization of DIPG and related studies of anti-tumor immune responses .

At the time of publication of the paper, two patients were still alive, one of whom had a tumor progression-free survival of 38 months.

In addition, the study, which examined tumor samples and peripheral blood samples obtained from autopsy of one of the patients, showed that oncolytic virus treatment altered the tumor microenvironment and T-cell repertoire.

Overall, this Phase 1 clinical trial showed that intratumoral infusion of the oncolytic virus DNX-2401 followed by radiation therapy in pediatric patients with DIPG resulted in changes in T cell activity in patients and in some patients of tumor shrinkage or stable disease, prolonging the median survival of patients by about 50%.

https://www.nejm.org/doi/full/10.1056/NEJMoa2202028?query=featured_home
The screenshot in the article comes from the New England Journal of Medicine