Japanese medical system owns the high reputation in advanced countries, and much better than United States?

It’s important question about cancer treatment in Japan:  How about the survival rate of cancer patients in Japan? 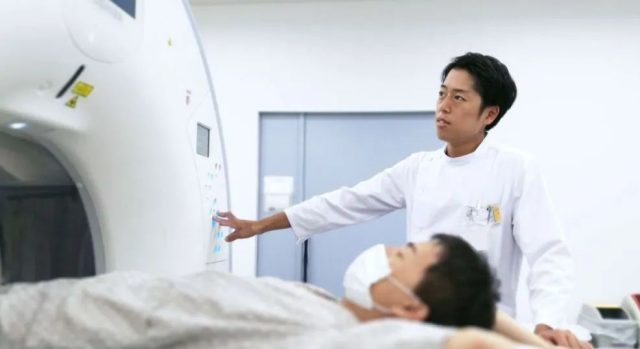 According to the latest survey data released by the National Cancer Research Center of Japan, the 5 -year average survival rate of cancer patients in Japan is 67.3% . The United States is also 67% , and China is 40.5% .

What is the 10 -year average survival rate in Japan?

In November 2021 , the National Cancer Research Center of Japan published a study on the 10 -year average survival rate of Japanese cancer patients.

This research report is based on the analysis of the long-term follow-up data of 120,000 cancer patients in 32 major cancer treatment hospitals in Japan.

The research report shows that the 10 -year survival of various cancer patients in Japan: The rate has increased to an average of 59.4% ( 53% in the U.S. ), meaning that 6 out of 10 cancer patients will live beyond 10 years.

This data is a comprehensive average data. If analyzed according to various types of cancer, the 10 -year survival rates are as follows:

Why is the 10 -year survival rate of Japanese cancer patients leading the world?

Because Japan has strict regulations on the approval and use of new drugs, while the United States is relatively loose.

The usual treatments for cancer are surgery, chemotherapy, and drug therapy. In recent years, immunotherapy has also received attention in Japan.

Immunotherapy is known as the “fourth treatment method” and was originally not favored by the Japanese medical community.

However, in 2018 , Mr. Tasuku Honjo, a professor at Kyoto University, won the Nobel Prize in Medicine.

Many Japanese patients took the targeted drug developed by Professor Honshusuke to eliminate cancer lesions. It is reported that this targeted drug can only be used in Japan.

In addition to immunotherapy, Japan has also added new treatments such as oncolytic virus therapy, boron neutron therapy, proton heavy ion therapy, and photoimmunotherapy in recent years, but these latest treatments are not yet popular, or Most of them are still in the experimental stage.

Currently the most noteworthy is the cancer treatment of iPS cells in Japan.

On November 11 , 2021 , the iPS Cell Institute of Kyoto University and the National Cancer Research Center of Japan held a joint press conference to announce the start of a clinical trial using special immune cells grown from iPS cells to treat cancer.

In this clinical trial, a gene that is highly responsive to a part of ovarian cancer-specific proteins is placed in human iPS cells, and on this basis, an immune cell called ” NK cell” is created, and then the Types of ovarian cancer patients are treated.

Since this ” NK cell” can efficiently and targetedly attack cancer cells of ovarian cancer, it is difficult to attack normal cells, so it is not easy to produce side effects.

This is also a type of immunotherapy, but because Kyoto University is the highest place in the world for iPS cell research , Professor Shinya Yamanaka, director of the iPS Cell Research Institute, won the Nobel Prize in Medicine in 2012 , and the National Cancer Research Center is a Japanese research center for cancer.

This new treatment method jointly implemented by these two authoritative institutions has given new hope to the world’s cancer treatment.

Cancer treatment is a comprehensive medical practice, prolonging the survival rate of patients, not only requires highly responsible and skilled doctors, but also requires high-quality and high-efficiency drugs, and also requires doctors to track and observe their patients for a long time and regularly.

From this perspective, cancer treatment is also a social behavior that requires the comprehensive cooperation of the entire society, including medical insurance.

Japan’s critical illness relief system is a “magic weapon” for saving lives: if the monthly medical expenses of ordinary income earners exceed 80,000 yen (about US$585), then the excess part, no matter how many million Japanese yen is borne by the government.

Therefore, there is no problem of “poverty due to illness” in Japanese society, which ensures that people can treat illnesses with peace of mind and effectively prolong their lives.