A new study tracking the health of more than 6 million older Americans in 2020 and 2021 found that COVID-19 nearly doubles a person’s risk of developing Alzheimer’s disease within a year of infection.

These findings add to a growing body of research showing that SARS-CoV-2 infection can affect the progression of several neurodegenerative diseases. 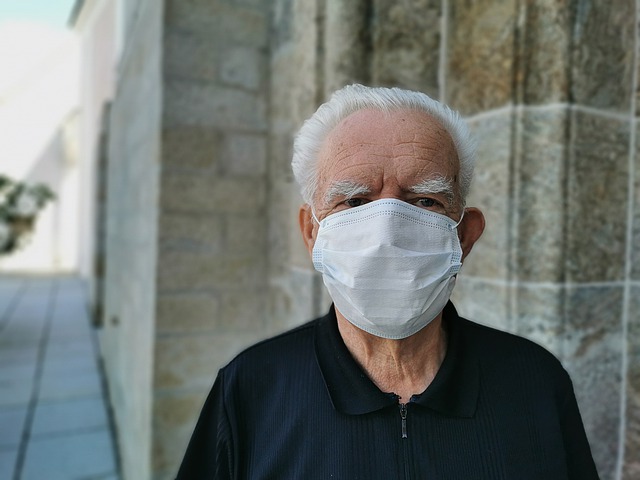 Pamela Davis from Case Western Reserve University School of Medicine, a co-author of the new study, explained: “Very little is known about the factors that contribute to the development of Alzheimer’s disease, but two things that are considered important are that Previous infections, particularly viral infections, and inflammation. Since infection with SARS-CoV-2 is associated with central nervous system abnormalities including inflammation, we wanted to test whether COVID could lead to an increase in diagnoses, even in the short term.”

As alarming as this increased risk of Alzheimer’s disease may sound, it’s important to put it in a broader context.

The researchers made it clear that after COVID-19, the overall Alzheimer’s risk in people over 65 only increased from 0.35% to 0.68%.

So while this technically means a person’s risk of being diagnosed with Alzheimer’s disease doubles in the year following COVID, it also means that people over 65 still face only a very low risk of absolute risk.

In addition, the researchers are careful to note that it is unclear whether the virus triggers the new development of Alzheimer’s disease or simply accelerates the progression of pre-existing neurodegeneration.

Given that Alzheimer’s disease is a disease that develops slowly for years, if not decades, before symptoms appear, it is unlikely that these new Alzheimer’s cases are entirely caused by the new coronavirus.

Still, Davis did stress that even an acceleration in disease progression could lead to a wave of Alzheimer’s cases in the near future.

And that’s before we understand the possible long-term neurological effects of COVID-19.

Davis added: “If this increase in newly diagnosed Alzheimer’s disease can continue, the wave of patients with the disease for which there is currently no cure will be enormous and could further strain our long-term care resources.” Silence is a serious, challenging condition, and we believe that by reducing general risk factors such as high blood pressure, heart disease, obesity, and a sedentary lifestyle, we have reversed some of the trends in this disease. Now, So many people in the U.S. have contracted COVID, and the long-term consequences of COVID are still being felt. It is important to continue to monitor the impact of this disease on future disability.”

And researchers have been warning since the pandemic began that we could see a surge in Parkinson’s and Alzheimer’s cases over the next decade.

Following the release of another study earlier this year linking COVID-19 to an increased risk of neurological disease, Sara Imarsio of Alzheimer’s Research UK made it clear that it is now time to understand the long-term effects of this pandemic.

It’s too early to make an impact. And these preliminary studies can only emphasize that viral infection may accelerate disease progression in those who are already susceptible.

“Diseases like Alzheimer’s develop in the brain over many years, whereas COVID-19 has only been present in Europe since early 2020,” explained Imarsio earlier this year. “It may be that people in the very early stages of Alzheimer’s disease are more susceptible to diseases like COVID-19. While the announcement of these findings may be concerning, we need to see this in a peer-reviewed publication. the results of the study before any real conclusions can be drawn from this study.”

The new study was published in  Alzheimer’s Disease .