According to Japan’s “Sankei Shimbun” report on October 1, a research team from Kyoto University in Japan announced on September 30 that induced pluripotent stem cells (iPS cells) were produced from the blood of patients with aplastic anemia and converted into platelets for infusion into patients.

Clinical studies have confirmed the safety. After the patients received blood transfusions, the researchers observed no side effects that caused specific problems for a year.

This is a big step towards clinical application. In the future, we will further confirm the effectiveness of this therapy and strive to reduce costs. 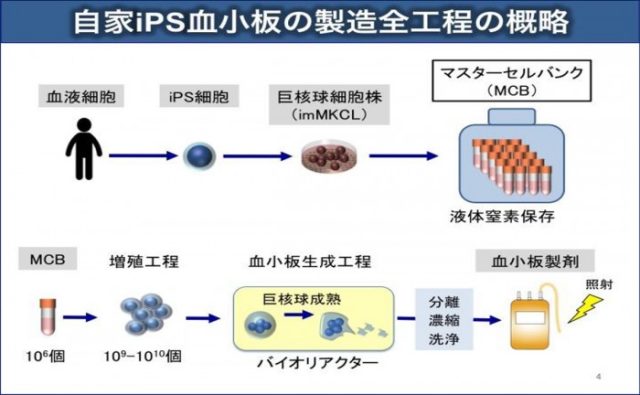 Due to the reduction of platelets with hemostatic effect, patients with aplastic anemia are prone to bleeding, which can lead to infection.

In severe cases, platelet transfusion is required. However, some patients with a specific type of immune hemolytic anemia will reject and be unable to transfuse blood.

The target of this clinical study is these patients with special immune response. The researchers did not disclose information such as their gender and age.

To prevent rejection, the researchers used peripheral blood mononuclear cells from the patient’s own blood to create iPS cells, and then extract platelets from them.

From May 2019 to January 2020, the researchers performed a total of three blood transfusions for patients at Kyoto University Hospital.

After the last blood transfusion, the researchers watched for a year and confirmed that the patients had no side effects that caused particular problems.

While the researchers didn’t see an increase in the patient’s platelet count, because the platelets infused into the patient were 2.5 times the usual size, they may not have been detected by the device even as they circulated in the blood vessels.

Although there are only about 10,000 patients with aplastic anemia in Japan, there are very few blood donors.