Married and high-education men are more likely to live longer than women.

Data analysis shows men are more likely to live longer than women, especially those who are married and have degrees.

A statistical analysis covering 200 years on all continents published in BMJ Open shows that men have a high probability of outliving women — especially those who are married and have degrees.

According to the researchers, between 25% and 50% of men outlive women, casting doubt on the widely held belief that men simply don’t live longer than women.

They also point out that sometimes large differences in life expectancy can mask a significant overlap in lifespan between the sexes.

Survival advantages for women have been documented in many different populations over time.

However, life expectancy is often used to compare gender differences in survival rather than years lived, which is interpreted as “men do not live as long as women,” the researchers noted.

In addition to exploring the impact of differences in lifespan between the sexes and changes in life expectancy, they also intend to quantify the likelihood that men will outlive women over time and across different populations.

They used a special statistical method, the “survival rate” statistic, to study sex differences in death over a 200-year period for 199 populations across continents.

The researchers used life tables by sex and individual years for 41 countries in the Human Mortality Database, plus separate data from East and West Germany and four countries in the United Kingdom. 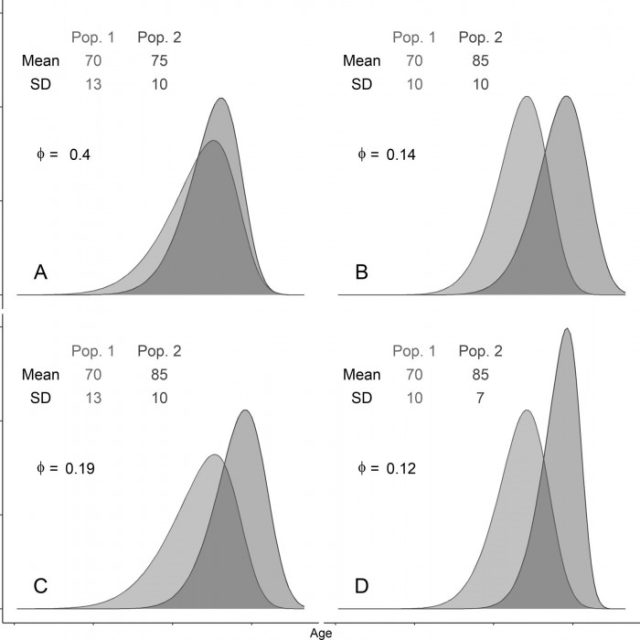 Finally, they compared the probability that men live longer than women by education level and marital status , using national death and demographic statistics .

Analysis of the data shows that since 1850, the probability that men outlive women has been between 25% and 50% at all time points and across all populations, with only a few countries having values ​​above 50% at different times.

In other words, data showing that 1 to 2 out of every 4 men (25%-50%) outlived women over the past 200 years, challenging the accepted wisdom that men simply don’t outlive women, the researchers said. 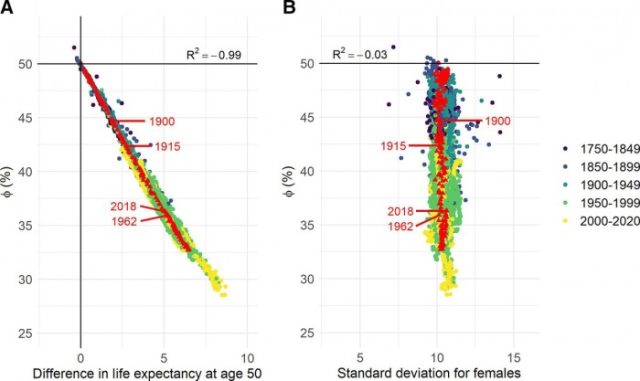 In developed countries, the probability that men outlive women declined until the 1970s, and then gradually increased across all populations.

The rise and fall in sex differences in life expectancy is largely attributable to smoking and other behavioural differences.

The researchers point out that in low/middle-income countries, men are generally more likely to live longer than women, but this does not necessarily mean greater gender equality in survival.

They highlighted South Asian countries, which had male figures above 50 percent in the 1950s and 1960s.

But since the 1980s, fewer girls over 15 have died than boys, “balancing” the disadvantage of being young, they explain.

And certain external factors appear to have a key role. For example, between 2015 and 2019, men in the entire U.S. population were 40 percent more likely to outlive women. 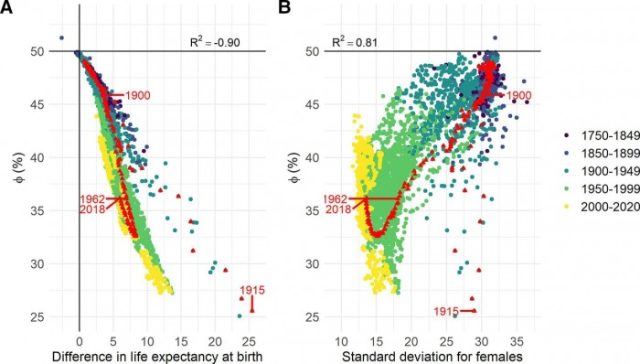 But the statistic varied by marital status and education: Men who were married were 39 percent more likely to outlive women than women who were unmarried 37 percent. 43% have a college degree and 39% do not have a high school diploma.

What’s more, married men with degrees had an advantage over unmarried women with only a high school-level education.

The researchers noted that couples influence each other’s health, and this is especially true for men, who benefit more than women from a stable relationship.

They write: “Blind interpretation of differences in life expectancy can sometimes lead to distorted perceptions of actual inequalities [in longevity]. Not all women outlive men, even if most do. However, the minority who do not do so People are not small. For example, the sex difference in life expectancy at birth is 10 years, and the probability that men live longer than women can be as high as 40%, suggesting that 40% of men live longer than women in random pairs.”

“Not all men have a 10-year disadvantage, which is overlooked by comparisons made purely of life expectancy. However, a minority of men will live very short, contributing to this disparity.” They added: “For example, in In most countries, more male infants die than female infants.”

However, the data show that overall, mortality rates for women have declined more rapidly than men under 50, especially in the first half of the 20th century, largely due to improvements in infant and child mortality. 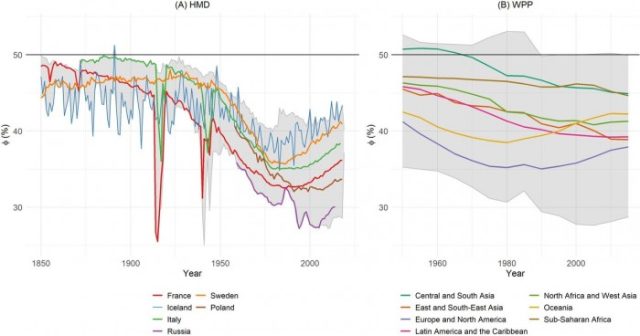 And men maintain a survival disadvantage not only in youth, but also in old age.

They are more prone to accidents and homicides in their 20s and 30s, and they tend to smoke and drink alcohol, leading to higher cancer incidence and mortality in their 60s.

A more nuanced approach to gender differences in survival is needed, the researchers said. “Efforts to reduce lifespan inequality must therefore target a variety of factors, causes and ages,” they concluded. “