Why do men live shorter than women?

Science finds: Why do men live shorter than women? Y chromosome loss is the key

With the advancement of medicine, human life expectancy is gradually increasing, but women’s lifespan is always longer than that of men .

According to the National Bureau of Statistics, in the 15 years from 2000 to 2015, the difference in average life expectancy between men and women widened from 3.7 years to 5.79 years.

With the exception of some countries, population data from many countries around the world show that women have lived longer than men in all recorded periods.

Scientists have previously observed that as men age, not only do men lose hair, muscle and knee cartilage capacity, their cells also begin to lose the Y chromosome , and men with Y chromosome deletions are more likely to die prematurely and suffer from various diseases associated with the disease. age-related diseases.

On July 14, 2022, a research team from the University of Virginia published a research paper entitled ” Hematopoietic loss of Y chromosome leads to cardiac fibrosis and heart failure mortality ” in the top international academic journal Science .

The study shows that, as they age, loss of the Y chromosome in males damages their hearts and eventually leads to systemic fibrosis .

The finding will help explain why men have shorter lifespans than women on average, and provides the first definitive evidence that Y chromosome loss has a direct deleterious effect on male health and longevity.

It is known that females have two X chromosomes, while males have one X and one Y chromosome.

Beyond sex determination, little information is available on the biological role of the Y chromosome.

The mLOY phenomenon typically occurs in cells with a short turnover cycle, such as blood cells, but not in germ cells of different developmental origins.

The mLOY phenomenon of hematopoietic cells is the most common postzygotic mutation in leukocytes.

The frequency of this condition increases with age and smoking status and is associated with clonal hematopoietic status of uncertain potential.

Currently, analyzing a blood sample is the easiest way to test for mLOY. Researchers have found that in about 40% of 70-year-olds and 57% of 93-year-olds, at least some white blood cells have lost their Y chromosomes; and the phenomenon of mLOY in white blood cells is related to men’s susceptibility to heart disease , cancer , Alzheimer’s disease. associated with other aging -related diseases .

In the new study, the research team constructed a hematopoietic mLOY mouse model by using CRISPR-Cas9 gene editing to specifically target repetitive DNA sequences at the Y chromosome centromere to better understand the impact of Y chromosome loss in blood on health Impact.

The researchers found that the mice in the experimental group did not completely lose their Y chromosomes, and that the proportion of Y chromosomes in their white blood cells was between 49% and 81%, which is similar to that of many elderly men with Y chromosome losses.

The researchers then observed that for nearly two years, mice lacking the Y chromosome were more likely to die during this period. 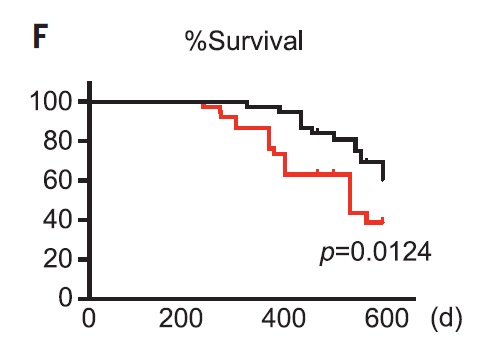 In addition, the hearts of mice that lost their Y chromosomes were also more fragile.

After about 15 months, their systolic strength dropped by nearly 20 percent, and the process of fibrosis surged in the mouse hearts.

The condition causes the heart to harden, impairing its ability to pump blood, increasing the risk of death.

They also found that the mice after bone marrow transplantation did not clear the Y chromosome from the cardiomyocytes, but the macrophages produced in the bone marrow entered the heart, causing a series of complex responses in the immune system of the mice, resulting in systemic damage.

The process of fibrosis. The researchers believe that this tug-of-war within the immune system may accelerate disease development.

Something similar might be happening in humans. The researchers then performed three different types of analyses on DNA data from 15,743 men in the UK BioBank (median follow-up of 11.5 years) .

They determined that men whose white blood cells lost at least 40 percent of their Y chromosome were 31 percent more likely to die from a circulatory disease than men with a higher number of chromosomes.

When the researchers further analyzed the causes of death, several heart conditions were identified, including heart failure .

The research team points out that pirfenidone may be a potential treatment option. Pirfenidone is a broad-spectrum antifibrotic pyridone compound that prevents and reverses fibrosis and scarring.

It has been approved by the U.S. Food and Drug Administration (FDA) for the treatment of idiopathic pulmonary fibrosis .

The drug is currently in clinical trials for the treatment of heart failure and chronic kidney disease .

Men with Y chromosome loss will respond well to the drug and other anti-fibrotic drugs in development, but more research is needed to confirm this, the team said.

Currently, there is no easy clinical way to determine which men have lost Y chromosomes.

Study co-corresponding author Dr. Lars Forsberg from the Department of Genetics and Pathology at Uppsala University has developed an inexpensive PCR test system that, like nucleic acid tests, can detect Y chromosome loss, but currently The detection method is still in the stage of laboratory use.

Co-corresponding author of the study, Professor Kenneth Walsh of the University of Virginia , believes that if interest in this research continues and it proves to have utility in the prognosis of men’s disease and lead to personalized treatments, This test for Y chromosome loss will then become a routine diagnostic test for the foreseeable future.

He also said that as we age, the DNA of all our cells will inevitably accumulate mutations. Therefore, studies examining Y chromosome loss and other acquired mutations hold great promise for developing personalized medicines tailored to these specific mutations.

Why do men live shorter than women?