Transplanting a woman’s uterus into another woman’s body so that it has normal fertility -sounds like a sci-fi plot, is gradually being realized in reality.

On February 17, a French hospital announced that it had given birth to the first baby in France to be conceived and delivered from a transplanted womb. [1] 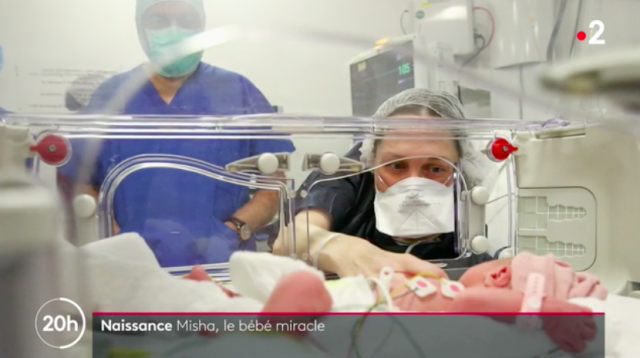 Two years ago, the patient, who was born with Mayer-Rokitansky-Küster-Hauser syndrome (MRKH) , received a uterus transplant from his mother.

In July last year, when the French epidemic eased and the city lifted the lockdown, the hospital implemented medically assisted reproduction for her, and she successfully had a baby through her own body.

This is not the first case of a transplanted uterus giving birth in the world, the earlier story happened 7 years ago.

In October 2014, the Swedish Central Radio 4 announced that the University of Gothenburg, Sweden, successfully completed the delivery of a transplanted uterus, which attracted a burst of attention in the medical field.

On the 43rd day after transplantation, the recipient had the first menstrual period, and this period lasted for a year with a regular cycle of 26 to 36.

Then, the doctors made a bold attempt – they decided to carry out the first single embryo transfer for the 35-year-old woman to get her pregnant .

After embryo transfer, the patient received three immunosuppressive treatments, during which tacrolimus, azathioprine and corticosteroids were used, and the anti-rejection effect was good.

Throughout pregnancy, fetal growth parameters, as well as uterine arterial and umbilical cord blood flow, were at normal levels.

At 31+5 weeks of gestation, this patient was diagnosed with “preeclampsia”. The next day, the fetal cardiogram was abnormal and the patient underwent an emergency caesarean section. Fortunately, a healthy baby of 1775g was delivered successfully with an APGAR score of 9,9,10. [2]

This delivery has successfully demonstrated that this technology has considerable promise in the treatment of Absolute Uterine Factor Infertility (AUFI) .

However, we all know that even after uterine transplantation is proven effective, six years later, the technology is still unknown to most people.

Before discussing uterine transplantation, let’s take a look at the history of this technology.

In the 1960s, some researchers performed a combined “uterus + ovary” transplant in 18 non-pregnant female dogs, and then through vaginal smears and other tests, it was confirmed that these two organs can still maintain their original functions after transplantation .

Under the experiment of scientists, rats, rabbits, sheep, pigs, and non-human primates have all completed the pregnancy and childbirth of uterus transplantation. Since then, human uterine transplants have been put on the agenda.

In 2000, the first human uterus transplant was performed in Saudi Arabia. The recipient had a hysterectomy following a postpartum hemorrhage 6 years earlier, and the donor was a 46-year-old woman with Polycystic Ovarian Syndrome (PCOS).

During the procedure, the doctor places the new uterus in the place of the recipient’s original uterus, attaches to the vaginal fornix, and provides additional immobilization by shortening the uterosacral ligament.

The uterine artery and vein use the reverse segmental extension of the great saphenous vein, and then connect to the external arteries and veins, respectively.

Postoperatively, the patient received oral immunosuppressant for anti-rejection, and combined estrogen and progesterone therapy at the same time, and the treatment response was good. 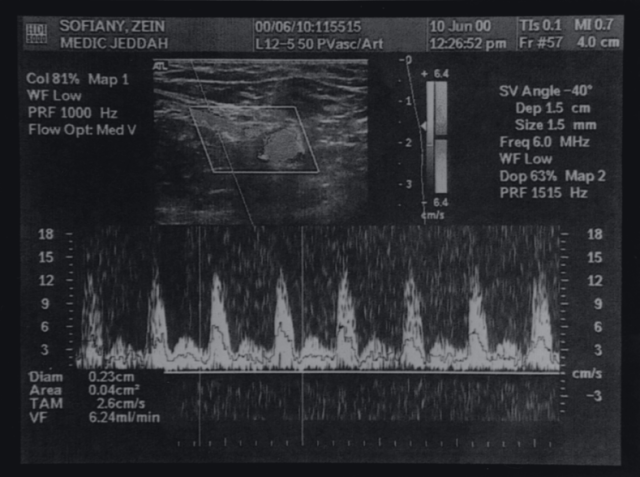 However, after surgery, doctors found that the donor’s left ureter was damaged. The doctor judged that because the ureter was very close to the uterine artery, the improper operation during the hysterectomy caused the damage to the ureter.

Misfortunes didn’t come singly, and 99 days after the transplant, the recipient also had problems.

An acute thrombosis developed in the blood vessels of the recipient’s new uterine body, which caused the embolism, necrosis of the entire uterus, and the doctor had to perform a hysterectomy for her. [4]

Obviously, at that time, whether it was for the donor or the recipient, and whether it was the separation/anastomosis operation, the postoperative anti-rejection technology itself, or the doctor’s operation level, it seemed that it was not mature enough.

In terms of “high difficulty, high risk, and low success rate”, all organ transplants are the same.

Only the operation of uterine transplantation itself includes a series of extremely complex and complex procedures, including preoperative and intraoperative immunosuppressive drugs for recipients, donor uterus acquisition, graft vascular anastomosis between donors and recipients, and in situ fixation of grafts. challenging process. [5]

First, the separation and extraction of the uterus is related to the normal life of the living donor after surgery and the functionality of the transplanted uterus. It requires extremely precise and cumbersome operations. 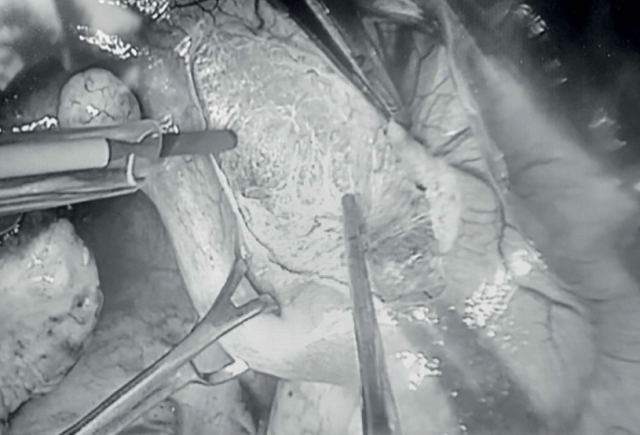 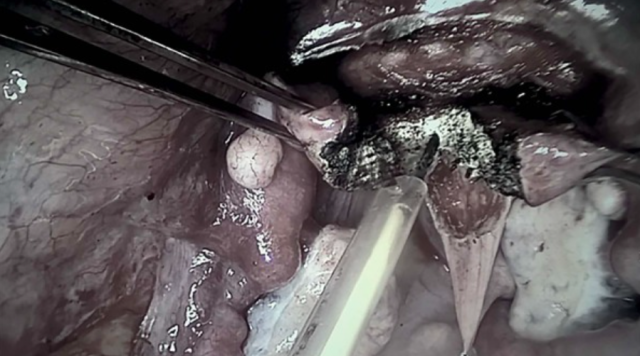 Secondly, according to relevant studies, the contractile activity of the transplanted uterus is related to the concentration of cryoprotectant.

Therefore, the lavage and preservation of the isolated uterus are important factors affecting the success of uterine transplantation.

At present, the most commonly used method for preserving the transplanted uterus in clinical practice is the method of cryopreservation plus preservation solution.

In addition, like other transplants, the operation process of uterine transplantation is generally more than 8 to 10 hours, and a longer period of general anesthesia also greatly increases the occurrence of organ damage, infection, bleeding and other risks. [5]

Therefore, every step in the technological development of uterine transplantation can be called “moving forward in the wind and rain”.

However, it does not seem credible to attribute the slow development of uterine transplantation to technical difficulties alone.

Among them, there is another reason to be concerned: other transplants are life-saving organ transplants, while uterus transplants serve the purpose of achieving pregnancy and pregnancy for the patient–ethically speaking, their starting points are different.

2. What groups are the existing uterine transplants mainly aimed at? What do you think about the needs of these groups for this surgery?

First of all, any surgery must have corresponding surgical indications, and allogeneic uterine transplantation is no exception.

As a promising technology for the treatment of AUFI, it carries the endless expectations of countless patients. For these patients, this is the realization of individual reproductive rights, which is one of the basic human rights and should be protected by morality and law , which is understandable in itself.

But at the same time, no right exists absolutely and in isolation .

When realizing reproductive rights, it is likely to conflict with other rights and interests , such as basic human rights (such as the right to life and health), other individual rights (such as donor rights, offspring rights, etc.), and even the rights of society as a whole.

3. You mentioned that “no rights exist absolutely and in isolation”. Compared with other organ transplants, does uterus transplantation face a more special ethical dilemma because it involves offspring?

Secondly, it is the contradiction between the rights and interests of patients and the rights of donors : in the process of realizing their reproductive rights, patients actually damage the (living) donor’s right to life and health to some extent;

Exacerbating the problem of illegal organ trade : Take the illegal trade of organs as an example, because the uterus is not a necessity for survival, will it bring individuals who have no reproductive needs to become uterus donors for some reason ? The transplant market may be larger, which may lead to some disguised exploitation, women’s rights, social and public security and other issues.

At present, domestic uterine transplant surgery is indeed not mainstream, and technical difficulties are one of the reasons, but in this part, it is only a matter of time to overcome.

On the other hand, as I said before, the multiple conflicts of rights and ethics faced in this process make medical staff take a cautious attitude when developing this technology.

5. What do you think should we pay attention to in the development of uterine transplantation?

The progress of medical science and technology is a double-edged sword, which will bring some problems while benefiting mankind .

In addition to technical difficulties, we need to predict the ethical issues that may be faced by uterine transplantation, prevent them from happening, and avoid the occurrence of these ethical issues. For example, we need to think about:

All of these should be paid attention to in the development of uterine transplantation, not just technology.

First, while the vast majority (75%) of uterine donors are from living donors, they are mainly relatives of recipients, especially mothers.

A quarter of uterine donors are still brain-dead. Because brain-dead patients who agree to donate often donate not only the uterus, but may also include other vital organs that sustain life, such as the heart and liver.

If the uterus is removed before these organs, it may affect the quality of the latter and, more importantly, post-transplant outcomes (heart, liver). [7]

Who should have the priority to get the uterus ? These all need to be addressed in the future.

Finally, there is another special feature of uterine transplantation, that is , it is recommended to remove it again after a period of time after the transplantation is completed . So, this is the only transplant with a “shelf life”. [8]

Therefore, in the process of re-excision, the postoperative risks and the resulting ethical issues should also be fully informed before the initial transplantation.