The first case in the world: a pig kidney after gene editing was transplanted to a human, with normal function and no immune rejection

The first case in the world: a pig kidney after gene editing was transplanted to a human, with normal function and no immune rejection

Recently, researchers at New York University Langone Medical Center transplanted gene-edited pig kidneys into humans and observed them. They found that the pig kidneys after xenotransplantation can work normally without immune rejection. This is an important step in humans’ pursuit of saving lives by using animal organ transplants for decades.

Scientists temporarily attached a pig’s kidney to the human body and watched it begin to work. This is a small step in decades of seeking to one day use animal organs for life-saving transplants.

According to statistics from the World Health Organization (WHO), there are about 2 million people in the world who need organ transplants every year. However, the biggest problem hindering these patients is not technical problems, but the severe shortage of organ donors. The global average organ supply-demand ratio is less than 1: 20. Take the United States as an example. Now there are 114,000 people waiting for organ transplants, but only 30,000 people wait for organs to undergo surgery every year. On average, more than 20 people die while waiting every day.

As early as the 17th century, people tried to use animal blood to give human blood transfusions. Of course, the results can be imagined.

In 1984, cardiologist Dr. Leonard L. Bailey transplanted the heart of a baboon to a baby girl named Fae. Fae was born with severe cardiac hypoplasia. When she was dying, Dr. Bailey performed this for her. A sensational xenotransplantation operation, but it did not save Fae. She died of rejection and organ failure on the 21st day after the operation.

Since then, scientists have turned their attention to xenotransplantation to pigs, because pigs themselves are raised as human food, so there are fewer ethical issues for organ transplantation. In addition, pigs have a large number of litters. The gestation period is short, and the organ size is close to that of a human.

In fact, for decades, heart valves from pigs, heparin from pig intestines, pig skin grafts and porcine cornea have been successfully applied to human treatment. However, when transplanting entire organs of pigs to humans, the first problem faced is immune rejection, which is mainly caused by the α-Gal antigen produced by the genes carried by pigs.

Based on this, Revavicor, a subsidiary of United Therapeutics, developed pigs knocked out of the gene and passed the US FDA approval in December 2020 to use these pigs as human food or medicine. 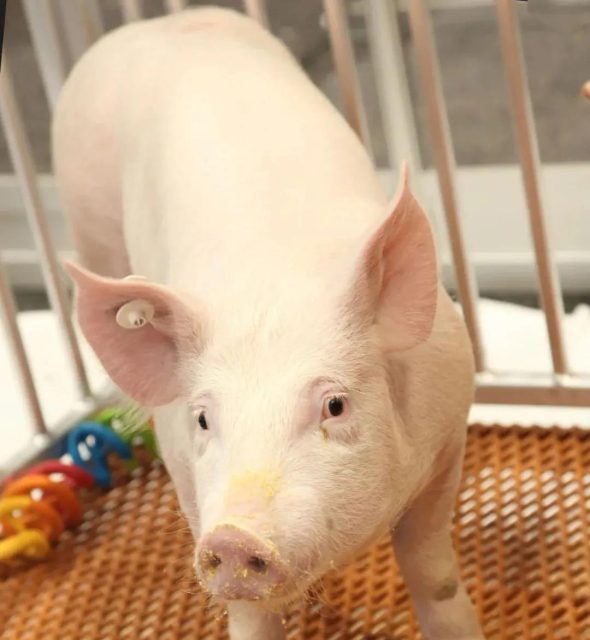 The recipient of the pig kidney transplant was a brain-dead woman, and her family agreed that the doctor would conduct the xenotransplantation experiment before she stopped showing signs of life.

The research team of New York University Langone Medical Center connected the pig’s kidney to a pair of large blood vessels of the human recipient, and then observed it on a ventilator for two days. The transplanted pig’s kidneys can filter waste and produce normally. Urine, and did not trigger rejection. 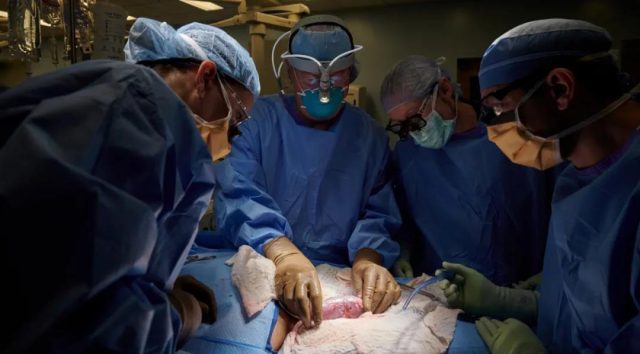 The leader of the study, Dr. Robert Montgomery, said that the pig kidney team after transplantation was absolutely normal and did not immediately cause immune rejection as previously feared.

This experiment is an important step in humans seeking to use animal organ xenotransplantation to save lives for decades. It paves the way for pig kidney or heart transplantation on living humans in the next few years, and it is also waiting for thousands of organ transplants. Brings hope of life.

Prior to this, on June 24, 2021, Miromatrix Medical, a company dedicated to the use of pig organs for human xenotransplantation, was listed on NASDAQ. This is the first xenotransplant company to be listed on the market.

Miromatrix has developed its unique perfusion decellularization and recellularization method. Since the extracellular matrix (ECM) of pigs is more than 93% homologous to humans, it can significantly reduce the occurrence of adverse reactions such as rejection reactions. First, they used pump cell washing technology to elute living cells in pig organs, leaving only the protein framework, leaving the structure and vasculature intact. Then, human cells are reperfused to refill the protein framework to cultivate organs that can be used for human transplantation.

On March 2, 2021, eGenesis announced the completion of a US$125 million Series C financing, which will be used to promote kidney transplantation and islet cell transplantation into human clinical trials, as well as the continuous development of existing gene editing platforms and GMP production Expansion of scale.

eGenesis is a gene editing and genome engineering research company that develops organs, tissues and cells compatible with humans.