The American Cancer Society (ACS) released the first-level tumor fighting plan for the next 10 years, called “2030 Blueprint for Cancer Prevention and Mortality Reduction”, and related articles were published in the journal CA, the world’s highest impact factor!

The article analyzes in detail the changes and causes of cancer mortality in the United States during the 80 years from 1930 to 2010, and plans the direction for future work to reduce cancer mortality. 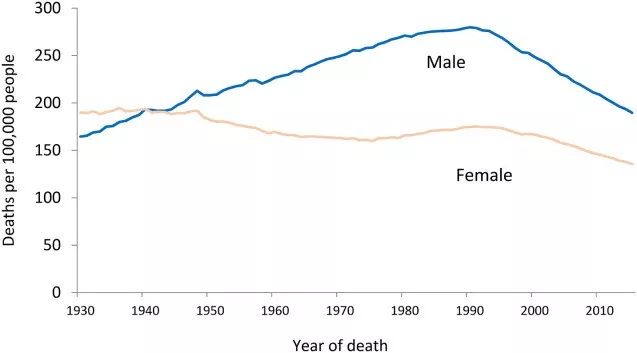 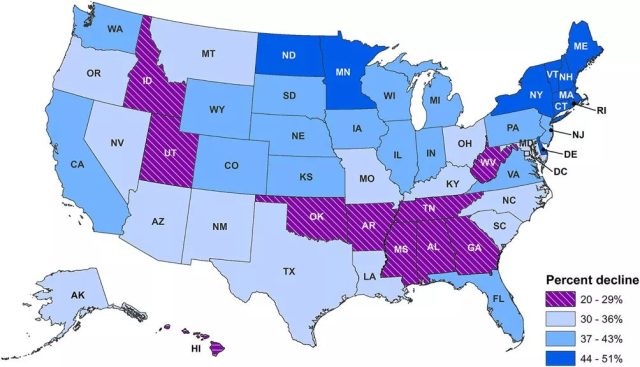 The country saw a decline in breast cancer mortality from 1988-90 to 2013-15. Data source: National Center for Health Statistics. 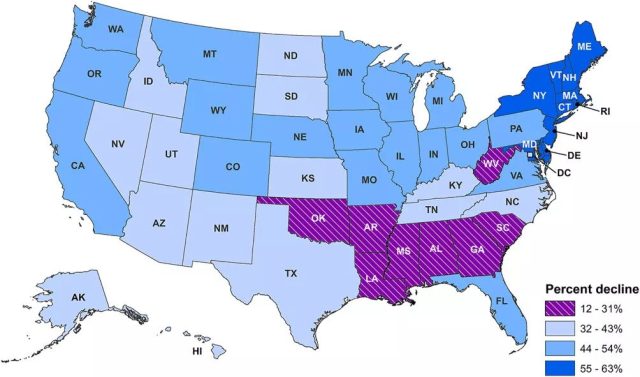 Top 10 anti-cancer strategies for the next decade!

1. Keep away from 11 pathogens

Some viral infections (such as HPV, HIV, and hepatitis B virus) also increase the risk of cancer.

Currently, a total of 11 pathogens have been identified as carcinogenic by the International Agency for Research on Cancer (IARC), including:

For infections that are common in general life, we recommend:

Reminder: There are no obvious symptoms in the early stage of HPV infection. After cervical lesions are caused, there may be contact bleeding during sexual life, increased vaginal discharge with peculiar smell, prolonged menstrual period, increased menstrual flow, etc., and you should seek medical treatment in time.

Prevention: Wash hands before meals, try not to feed food, especially do not feed young children by mouth. It can be divided into meal system or public chopsticks, and the tableware is often disinfected.

Reminder: If you have bad breath, pantothenic acid, stomach pain and other symptoms, you should do gastroscopy and hp infection screening.

Prevention: vaccinate against hepatitis B and C; go to regular medical institutions when donating blood or transfusion; do pre-marital and pregnancy tests; eat less raw freshwater fish and shrimp.

Reminder: patients with chronic hepatitis B and C may have symptoms such as fatigue, loss of appetite, indigestion, etc., which should not be taken lightly.

Sun exposure is a great way to supplement vitamin D, but we reject it!

Medical ionizing radiation is associated with a variety of cancers, with CT being the greatest risk. A 40-year-old man and woman who underwent a single CT coronary angiography had a lifetime risk of cancer of approximately 1/600 and 1/270, respectively, but the risk from head CT was much smaller (1/11080 and 1/11080, respectively). 1/8100).

However, older adults are at lower risk for these tests.

Radon pollution, formaldehyde pollution, benzene pollution, etc. will affect the health of the body. Among them, radon pollution has been confirmed by the World Health Organization as the second most common lung cancer substance after tobacco. The National Research Council estimates that 3% to 4% of lung cancer deaths in the United States could be prevented by reducing indoor radon exposure.

▍① Radon: A radioactive gas that exists widely in nature. Building materials are the largest source of indoor radon, such as slag bricks and natural stone used in renovations, as well as ceramic products such as tiles and sanitary ware.

Before renovating a new home, it is recommended to ask a professional testing agency to conduct an indoor environmental inspection. According to the test results, you can decide whether you can move in. If the pollution is not very serious, it is best to ventilate for about 6 months before moving in. Ventilation at home can reduce indoor concentrations of radon and formaldehyde.

5.Quitting smoking is a top priority!

Tobacco control is the “top priority” for cancer prevention! Since 1991, cancer deaths in the United States have decreased by 26 percent, with more than half of that attributable to declining smoking rates.

▍① Smoking cessation is beneficial to people of all ages.

▍③ If you quit smoking before the age of 40, you can regain 9 years of life.

6. Limit alcohol, any drinking is harmful

Alcohol was first classified as a carcinogen by the International Agency for Research on Cancer (IARC) in 1987. Excessive alcohol consumption can have many adverse effects on the body and has been linked to at least seven types of cancer (British scientific journal Addiction).

The American Cancer Society recommends drinking no more than one drink a day for women and two for men. The “Dietary Guidelines for Chinese Residents” (2016) recommends that men drink no more than 25 grams of alcohol a day, and women no more than 15 grams, otherwise it is excessive drinking.

What is the concept of 25 grams of alcohol? Roughly convert, remember:

▍Liquor: no more than 1 tael each time

▍Beer: no more than one bottle at a time

▍Red wine: limit to about one red wine glass at a time

Evidence suggests that drinking even small amounts of alcohol increases the risk of certain cancers, including breast cancer. Therefore, in order to prevent cancer, alcohol consumption is not recommended.

Obesity not only increases the risk of heart disease, diabetes, bone and joint disease, but also cancer. More than 20 different types of cancer are associated with obesity, most notably rectal, endometrial, and esophageal adenocarcinomas.

Red meat can also shorten a person’s lifespan and increase the risk of colon cancer, especially when the meat is grilled or grilled, or even slightly burned.

Eating a variety of foods every day—fruits, vegetables, grains, protein, and dairy—consume large amounts of food each day. It also means watching your fat, fat, sodium and sugar intake.

The more you can avoid gaining weight, the better. Maintaining a healthy height and weight throughout your life can reduce your risk of heart disease, diabetes and cancer. Start healthy eating today!

Not only does physical activity help you lose weight or stay in shape, but it also has a preventive effect on cancer. Exercise appears to lower hormone levels, improve our immune system function, lower insulin and insulin-like growth factor levels, and also lower body fat.

Studies have shown that people who get at least 30-60 minutes of moderate-to-vigorous physical activity a day have a reduced risk of cancer, especially breast and colon cancer. In addition, rates of several other cancers decreased, including prostate, lung and endometrial cancers.

▌Adults should do at least 150 minutes of moderate-intensity aerobic exercise (such as brisk walking) per week;

▌ or 75 minutes of high-intensity exercise (such as jogging);

▌ or an equivalent combination of the two exercises.

For most cancers, survival is greater if detected and treated early. The following cancer screenings should be performed regularly: