Similar to HIV: Another deadly monkey virus may spread to humans.

An unknown family of viruses already circulating in wild African primates and known to cause deadly Ebola-like symptoms in some monkeys is “ready to spread” to humans, according to a new study .

The study, conducted by scientists at the University of Colorado Boulder, was published online Sept. 30 in the journal Cell . 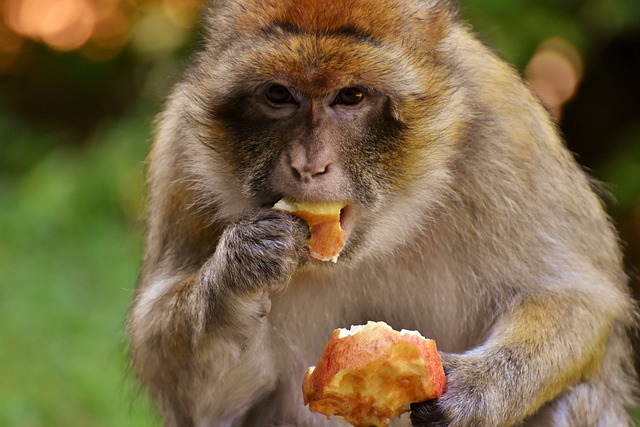 Although this arterial virus has been recognized as an important threat to macaques, no human infection has been reported to date.

In addition, it is uncertain how the virus will affect people if it spreads across species.

However, the authors evoke similarities with HIV, whose predecessor originated in African monkeys, and call for vigilance.

By focusing now on arterial viruses in animals and humans, the global health community has the potential to avoid another pandemic, they say.

“This animal virus has figured out how to enter human cells, multiply itself, and evade some of the important immune mechanisms we expect to protect us from animal viruses.” Professor of Molecular, Cellular and Developmental Biology at the University of Colorado Boulder “It’s pretty rare. We should be concerned about it,” said senior author Sara Sawyer. There are thousands of unique viruses circulating in animals around the globe, most of which cause no symptoms in their hosts.

More and more of these viruses have spread to humans in recent decades, wreaking havoc on immune systems inexperienced in fighting them.

For 15 years, Sawyer’s lab has used laboratory techniques and tissue samples from wild animals around the globe to investigate which animal viruses may easily spread to humans.

In the latest study, she and first author Cody Warren, then a postdoctoral researcher at the Biological Frontiers Institute at the University of Colorado Boulder, turned their attention to arterial viruses.

These viruses are common in pigs and horses but understudied in non-human primates.

Dating back to the 1960s, it has been causing deadly outbreaks in captive colonies of macaques.

According to the study, a molecule or receptor called CD163 is critical to the biology of simian arteriovirus, which enables the virus to invade and cause infection of target cells.

Through a series of laboratory experiments, the scientists were surprised to find that the virus was also very adept at grabbing the human version of CD163, entering human cells, and rapidly replicating itself. 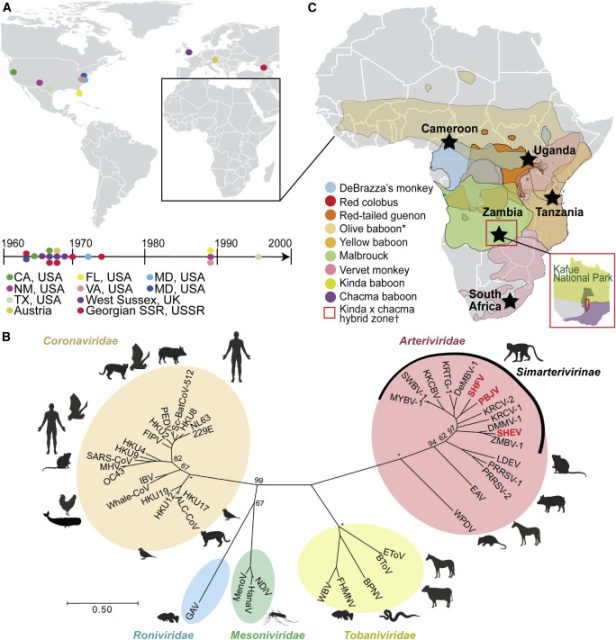 This means they can disable key defense mechanisms and persist in the body for long periods of time.

“There are profound similarities between this virus and the simian virus that caused the HIV pandemic,” Warren said.

He is now an assistant professor at The Ohio State University College of Veterinary Medicine.

The authors stress that another pandemic is not imminent and the public should not panic.

They did, however, recommend that the global health community prioritize further research on simian arterioviruses and develop blood antibody tests against them.

They should also consider monitoring human populations who have been in close contact with animal carriers.

Additionally, some species frequently interact with humans and are known to bite and grab people.

“Just because we haven’t diagnosed a human arteriovirus infection doesn’t mean no one is infected. We haven’t looked for it,” Warren said.

Warren and Sawyer noted that in the 1970s, no one had heard of HIV either. Scientists now know that HIV likely originated in SIVs that infected non-human primates in Africa and likely spread to humans sometime in the early 20th century.

When it started killing young men in the United States in the 1980s, there were no serological tests and no treatments at work.

“COVID is just the latest in a series of spillover events from animals to humans, some of which have erupted into global disasters,” Sawyer said. “Our hope is that by raising awareness of the viruses we should be aware of, we can get ahead of this, so that if human infections start to happen, we can deal with them quickly.”

Similar to HIV: Another deadly monkey virus may spread to humans.