According to DW news, since the beginning of the COVID-19 epidemic, people have been on high alert about the virus being transmitted from animals to humans.

This is not unfounded: cases of zoonotic virus infections are still on the rise.

In early August, a team of Chinese, Singaporean and Australian researchers published a paper in the professional journal “New England Journal of Medicine” saying that a new type of henipavirus — “Langya” The virus” (English full name Langya-Henipavirus, abbreviated as LayV) appeared in China, and at least 35 cases of infection have been reported in Shandong and Henan. The cases were detected between late 2018 and early 2021. 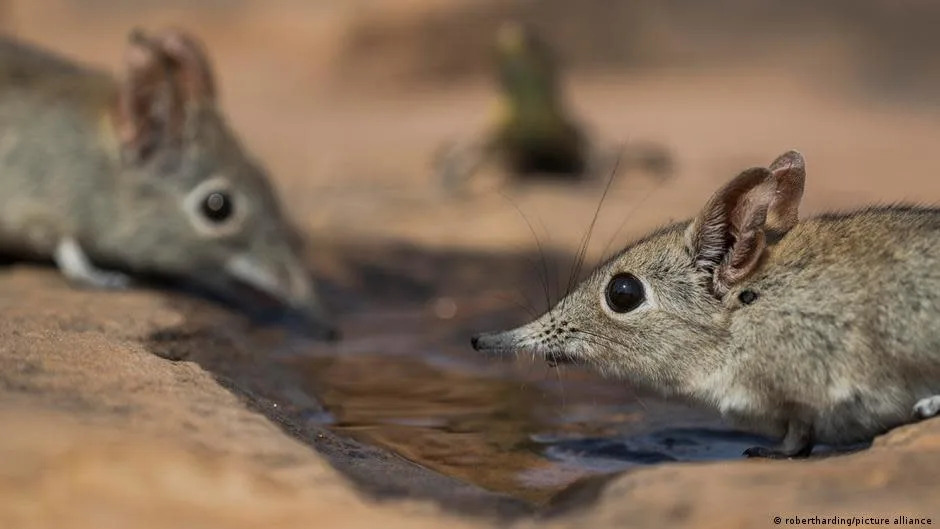 The “Langya virus” was likely transmitted to humans via shrew, a murine mammal, the researchers said. That is to say, shrew may be the natural host of Langya virus.

In the two-page study, the researchers said they observed no evidence of human-to-human transmission. This means that, as far as is known, the only risk comes from direct contact with the shrew.

Almost all of the “Langya virus” infected are farmers in China’s Shandong and Henan provinces.

“However, this virus is closely related to other viruses with high lethality in humans, and therefore requires attention and disposal,” Wood said.

Zoonotic diseases are very common. Scientists estimate that more than 60 percent of known human infectious diseases can be transmitted from animals.

While many zoonotic diseases are mild, some are more severe.

Most of the world’s large-scale outbreaks of viruses, such as SARS-CoV-2, Ebola, Middle East Respiratory Syndrome (MERS), and Zika, arise from the transmission of zoonotic viruses.

However, as far as is known, “Langya virus” does not have a zoonotic risk.

The researchers tested close contacts of nine patients in China, all of which were negative.

Is it possible for the Langya virus to spread from person to person?

According to the latest study, there is no evidence of human-to-human transmission of Langya virus.

However, the researchers noted that the sample of nine patients was too small to completely rule out the possibility of human-to-human transmission.

Jimmy Whitworth, an international public health expert at the London School of Hygiene and Tropical Medicine, said if human-to-human transmission of the virus was observed, it would be “very concerning”.

This is because the genetic sequence of Langya virus is similar to that of other Henipa viruses. Another henipavirus, the deadly Mojiang henipavirus, was discovered in China in 2012.

The mysterious death of the Mojiang miners

They found that three of the mice tested positive for a virus that is genetically similar but different from other viruses in the henipavirus family. So they named it Mojiang Henipa Virus after the county where the miners lived.

Mojiang Henipavirus and Langya Henipavirus both belong to the Henipavirus family, which includes the deadly Nipah and Hendra viruses.

More monitoring and research is needed

The lack of human-to-human transmission and the low number of cases means Langya virus may not pose a threat to the general public, said Nikolaos Vasilakis, an expert on novel infectious diseases at the University of Texas.

However, Vaslax said this set of data is very small and more monitoring and research is needed.

“If the sample size increases, maybe the results of this report are not representative. We don’t know yet.” Vaslarks said, without knowing more facts about the virus’ impact on humans, the assessment of the limited sample is very difficult.

Other experts on zoonotic disease, including James Roth, director of the Center for Food Safety and Public Health at Iowa State University, agree.

“I’ll be very interested in following this because it’s in the Henipa virus family, which is a very scary family of viruses,” Ross said. “They have a lot of potential to spread across species and potentially to humans. So far, there is no evidence of this, and hopefully it stays that way.”

As viruses infect different species, they adapt to them. Although the paper showed evidence that Langya virus was found primarily in shrews, it also appeared in some dogs and goats.

The concern now is that some of the adaptations the virus has acquired from infecting other species may allow it to adapt to humans, Ross said. It is possible that the virus has developed a mutation that allows it to spread from person to person, he said.

“It’s something that scientists have to pay close attention to,” Ross said. “Not sure it mutates that way, but it’s a possibility.”