Atara Biotherapeutics’ Ebvallo (tabelecleucel) received a positive recommendation from the agency for approval at the October 2022 meeting of the European Medicines Agency’s (EMA) Committee for Medicinal Products for Human Use (CHMP).

Ebvallo is indicated for the treatment of Epstein-Barr virus (EBV)-positive post-transplant lymphoproliferative disease.

Unlike current autologous T-cell therapies, such as Bristol-Myers Squibb’s Abecma and Breyanzi and Gilead’s Yescarta and Tecartus, these products are derived from a patient’s own immune cells.

Based on the positive CHMP opinion, the European Commission (EC) is expected to approve the Marketing Authorisation Application (MAA) for Ebvallo by the end of 2022 in exceptional circumstances .

If approved by the European Commission, the centralized marketing authorization will be valid in all EU member states as well as Iceland, Liechtenstein and Norway.

In addition, the MAA will be submitted to the UK Medicines and Healthcare Products Regulatory Agency (MHRA) under the EC Decision Dependency Procedure (EC DRP) and is expected to be approved by the end of 2022.

Under the existing partnership agreement, Pierre Fabre will lead all commercialization and distribution activities in Europe, and select additional markets in addition to medical and regulatory activities following the anticipated MAA approval in Europe.

Under a recent commercialization agreement with the French company Pierre Fabre, Atara will receive a milestone payment of $30 million following European approval.

In August, Atara President and CEO Pascal Touchon also stated that the FDA suggested a potential route to submit a Biologics Authorization (BLA) for tabelecleucel without conducting new clinical studies.

Atara’s impending approval will be a landmark achievement for the San Francisco-based company after a difficult year trying to advance its T-cell therapy.

Atara is a pioneer in the field of allogeneic T cell immunotherapy, with an industry-leading allogeneic cell manufacturing process and next-generation CAR-T technology. 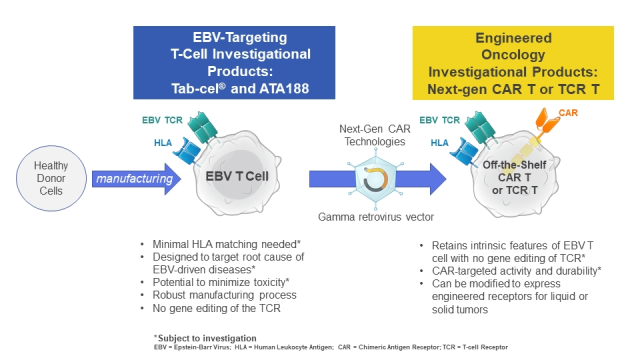 In December 2020, Bayer and Atara entered into an exclusive global license agreement (up to a maximum cooperation amount of US$670 million) to jointly develop next-generation mesothelin-directed CAR-T cell therapies for the treatment of solid tumors.

The agreement includes the development of drug candidate ATA3271, an enhanced next-generation allogeneic T-cell immunotherapy, and an autologous version of ATA2271 for the treatment of tumors with high mesothelin expression, such as malignant pleural mesothelioma and non-small cell Lung cancer.

After the death of a patient in Atara’s ATA3271 trial earlier this year, the study’s enrollment was terminated and commercial partner Bayer withdrew from the partnership.