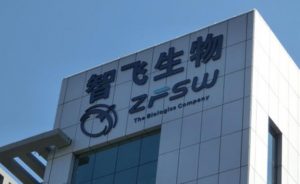 The Securities Times·e company reporter learned that if the test results are normal, phase III clinical trials will officially start in Uzbekistan. Compared with the inactivated vaccine, the recombinant COVID-19 vaccine developed by Zhifei Biological is safer. If the clinical trial is successfully completed, Uzbekistan can give priority to purchasing this vaccine at a preferential price.

The second batch of experimental teams has gone to Uzbekistan

It should be pointed out that on the evening of October 29, Zhifei Biological had announced that it had received a report from its wholly-owned subsidiary Anhui Zhifeilongkema Biopharmaceutical Co., Ltd. (hereinafter referred to as Zhifeilongke The recombinant new coronavirus vaccine (CHO cell) jointly developed by Ma and the Institute of Microbiology of the Chinese Academy of Sciences has obtained key safety and immunogenicity data in phase I and II clinical trials.

On October 30, the official WeChat public account of the Institute of Microbiology of the Chinese Academy of Sciences stated that the unblinding results were in line with expectations, and the new coronavirus recombinant subunit vaccine has good safety and immunogenicity in the population that meets the clinical trial protocol, and can continue Carry out the next clinical trial. As one of the five major vaccine routes in some countries, the vaccine was developed by the team of Academician Gao Fu and Yan Jinghua of the Institute of Microbiology. Researcher Dai Lianpan is one of the main accomplishers of the results. The vaccine has independent intellectual property rights.

Immediately afterwards, the Institute of Microbiology of the Chinese Academy of Sciences and Zhifei Biology actively prepared to promote the follow-up phase III clinical trials of the vaccine, and progress was rapid. Since November, the international multi-center clinical trial team of Zhifei Longkoma COVID-19 Vaccine has successively gone overseas, marking that Zhifei Biological’s COVID-19 vaccine development has entered a new stage; at present, two batches of experimental teams have gone abroad and invested in the upcoming In phase III clinical trials.

According to a reporter from the Securities Times·e Company, the Phase III clinical trial of the COVID-19 vaccine jointly developed by Zhifeilongkoma and the Institute of Microbiology of the Chinese Academy of Sciences was carried out in people aged 18 and above, using a randomized, double-blind, placebo-controlled international multi-center For clinical trials, a total of 29,000 people are planned to be recruited.

As early as the end of September, Zhifei Biological issued an announcement on the change of the drug production license of its wholly-owned subsidiary. With the approval of the regulatory authority, Zhifei ¬ Longkoma’s new “Drug Production License” change items: agreed to be in Hefei High-tech On the basis of the original production scope of No. 100 Fushan Road, District, the recombinant new coronavirus vaccine (CHO cell) was added. This indicates that Zhifeilongkoma has the production conditions and qualifications for recombinant new coronavirus vaccine (CHO cells), which is conducive to the implementation of the company’s vaccine industry strategic plan.

A reporter from the Securities Times·e company learned that the canning production line of Zhifeilongkoma’s recombinant COVID-19 vaccine will begin its first trial operation. The workshop staff will complete the canning test of 30,000 vaccines within one and a half hours. 400 bottles per minute). In the future, the three production lines will be able to ensure a daily output of 800,000 doses and an annual production capacity of 300 million doses.

Zhifei has 28 pipeline products under research

From a global perspective, the COVID-19 epidemic is an accident. In fact, for Zhifei Biological, the COVID-19 vaccine research and development is one of its 28 products in the research pipeline, of which 17 projects have entered the registration process.

Judging from the actual operating situation, Zhifei Biotech has successfully partnered with the international pharmaceutical giant Merck & Co., Ltd., and has successively obtained the exclusive agency rights for high-quality “explosive” products such as the latter’s quadrivalent/nine-valent HPV vaccine and pentavalent rotavirus. It has thickened the performance growth of listed companies in the next few years, but it has indeed caused the emergence of a large proportion of agency product revenue. In 2019, the operating income of Zhifei’s independent products was 1.324 billion yuan, accounting for 12.5% ​​of total revenue; and the sales scale of agency products reached 9.189 billion yuan, accounting for 86.79%.

In response to such a business structure, Zhifei Biotech Jiang Rensheng once told a reporter from Securities Times·e Company that listed companies are very clear about their actual experience environment and the way they will take in the future, and thus formulated “mainly independent products, agency “Products as a supplement” development strategy. Jiang Rensheng also emphasized many times that R&D personnel are the core of R&D innovative enterprises, and R&D investment is the foundation and driving force of enterprise development.

It is not easy to engage in biomedicine. Behind the high gross profit is hundreds of millions of R&D investment and long time waiting, during which multiple risks coexist.

In the first half of 2020, Zhifei Biotech’s total R&D investment was 140 million yuan, a year-on-year increase of 37.03%, a significant increase. In addition, Zhifei Biotechnology increased the capital of its subsidiaries Zhifei Lvzhu and Zhifei Longkema by 500 million yuan respectively. There are 2 R&D bases and 1 R&D center, and a total of 7 vaccines and biological products registration approvals have been obtained.

In the past ten years, since the acquisition of Longkoma in 2008, Zhifei Biology has been focusing on product layout in the field of tuberculosis for a long time, and finally achieved a major breakthrough in 2020.

At the end of April 2020, the recombinant Mycobacterium tuberculosis fusion protein (EC) (trade name: Eka®) developed by Zhifeilongkoma has been approved for drug registration issued by the National Medical Products Administration. According to data, since the establishment of the Ika® project in 2009, Zhifei has successively invested in the development of tuberculosis screening and prevention products such as Ika®, Mycobacterium vaccae vaccine, and freeze-dried recombinant tuberculosis vaccine (AEC/BC02). In October, BCG pure protein derivative (BCG-PPD) and BCG vaccine for intradermal injection (BCG) have entered phase I clinical trials.

Zhifei Biotech stated that the BRICS countries and countries with high tuberculosis incidence such as Indonesia and the Philippines have expressed their intention to introduce Eka® to Zhifei Biotech. Among the tuberculosis products under research, the fastest progress is the Mycobacterium vaccae vaccine (for infected people). At present, the vaccine is in the final stage of approval. Once approved, the tuberculosis screening, prevention, and treatment system created by Zhifei can be promoted, and the synergistic benefits of the products in the matrix can be expected.