A total of 43548 subjects were enrolled in the phase III trial. The subjects were divided into two groups and received the COVID-19 vaccine and placebo on day 0 and day 21 of the trial.

Among them, the most common systemic adverse reactions are fatigue and headache, which are similar to the results of the previous phases I and II. The probability of fatigue and headache in the age group over 55 years old is 51% and 39%, respectively. These two figures are lower than those of subjects aged 16 to 55 (fatigue 59% and headache 52%).

16% of the young subjects and 11% of the older subjects developed fever after the second shot of the vaccine, and 2 subjects developed a fever above 40°C. These fever symptoms all appear within 48 hours after injection, and can be relieved after symptomatic treatment. 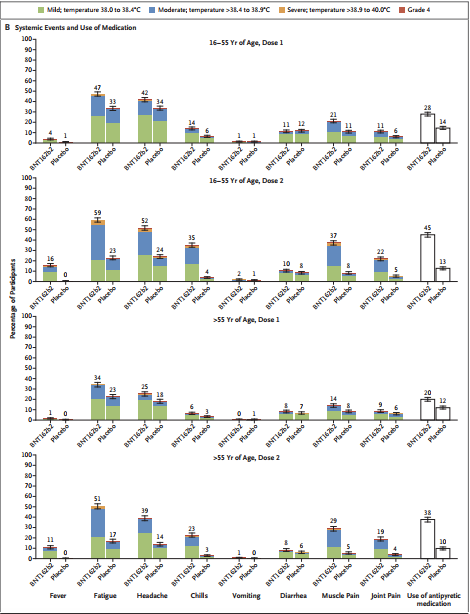 During the entire phase III trial, 2 subjects in the vaccine group unfortunately passed away. Looking back at the causes of death, one of them was due to cardiac arrest, and the other was due to coronary heart disease due to atherosclerosis. At present, experimenters believe that the two deaths are not specifically related to vaccination.

Recently, 4 cases of Bell Palsy (Bell Palsy) occurred in subjects vaccinated with this vaccine. This matter has aroused widespread concern in the medical community and society. However, this symptom did not appear as an adverse reaction alone in the NEJM article.

As early as November 18, Pfizer and BioNTech announced on the official website that the vaccine has an effective rate of 95%. This result is further analyzed in the article just published.

At least 7 days after the second injection of the vaccine, there are currently 8 confirmed cases of the new coronavirus in the vaccine group and 162 cases in the control group. After statistical calculation, the effective rate of this vaccine is 95.0% (confidence interval 90.3-97.6%). 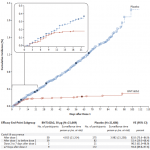 During the development of the COVID-19 vaccine, some virologists are very worried that the vaccine will cause Vaccine-mediated Disease Enhancement.

This is a potential side effect of a vaccine. It means that the neutralizing antibodies in the body not only cannot prevent the virus from invading, but also cause the body to produce more serious symptoms after being infected with the pathogen.

But judging from the current data provided by Pfizer Vaccine, relevant scholars can temporarily relax their minds on this issue.

There are also some limitations in the current phase III trial data.

First of all, the current follow-up time after the second injection is two months. This time is still slightly insufficient for the detection and effectiveness evaluation of the vaccine’s adverse reactions. This requires a longer follow-up of subjects.

On the other hand, the current article only analyzes the situation of volunteers over the age of 16 after being injected with the vaccine. There is still a lack of data to support the safety and effectiveness of the vaccine for adolescents, pregnant women, and immunodeficiency patients.