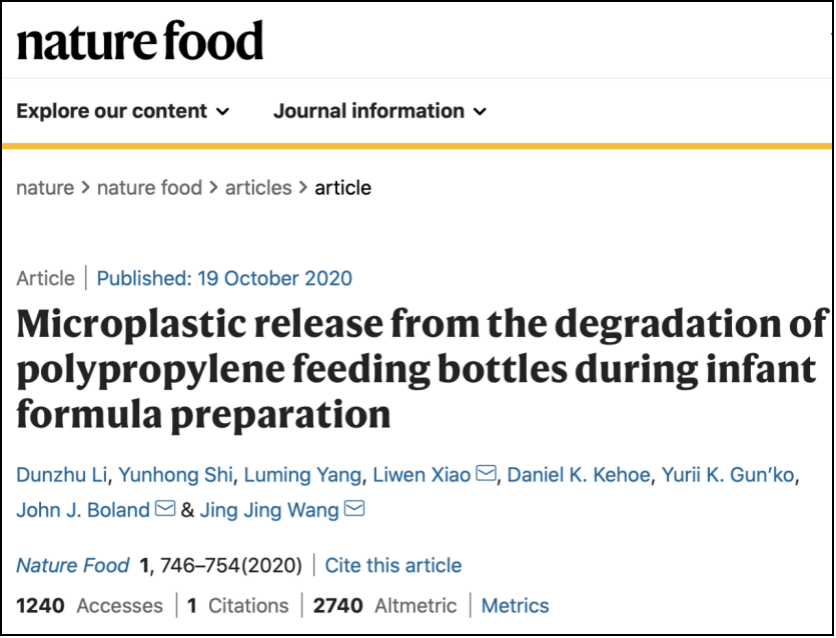 In the experiment, the researchers poured ultrapure water into a disposable paper cup with a temperature between 85 and 90°C, and then let it stand for 15 minutes. The researchers then analyzed the hot liquid under a fluorescence microscope and also examined the changes in the physical, chemical, and mechanical properties of the plastic lining.

The results are shocking. It was confirmed by scanning electron microscopy that microplastic particles were released into ultrapure water. Exposure of a disposable paper cup to hot liquid for 15 minutes would produce approximately 10.2 billion submicron particles. 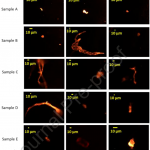 After standing for 15 minutes, the microplastics were observed under a fluorescence microscope at 20 times.

A sensitive technique for separating chemicals has identified microplastics in hot water. According to the researchers, a paper cup containing hot coffee or hot tea will degrade the microplastic layer in the cup within 15 minutes. It releases 25,000 micron-sized particles into hot drinks. An ordinary person who drinks three cups of tea or coffee in a disposable paper cup every day will consume 75,000 invisible plastic particles.

Researchers said that the diameter of these almost invisible microplastics is generally less than 5 millimeters. If long-term ingestion, the health effects may be serious.

These microplastics are entering the body…

According to the standards of the European Chemicals Agency, microplastics are materials composed of polymer-containing solid particles with a diameter of less than 5mm. The main components include polyethylene, polypropylene, polystyrene, polyvinyl chloride, polylactic acid and Polyethylene terephthalate, etc., it is insoluble in water and is not biodegradable.

Microplastics have entered our bodies, and there are already “stone hammers”!

In 2018, the European Society of Gastroenterology reported for the first time that as many as 9 types of microplastics were detected in human feces with diameters between 50 and 500 microns. This suggests that microplastics will reach the human intestines and stomach and may affect the digestive system.

According to a “Research Progress on the Effects of Microplastics on Human Health” published in “Public Health and Preventive Medicine”, microplastics currently enter the human body through three main ways: food intake, respiratory inhalation, and skin contact. Food Ingestion is currently recognized as the most important way of human exposure to microplastics. ③

In fact, microplastics are widely present in our living environment.

In 2019, a study published in the Journal of Environmental Science and Technology from McGill University in Canada showed that using tea bags to make tea, you will drink tens of billions of plastic particles.

Researchers bought 4 different brands of teabags, divided into two groups. First, the tea leaves in the tea bags of group A were poured clean and rinsed thoroughly to reduce the influence of tea leaves on the research results. No changes were made to the tea bags of Group B. Then, the researcher put the empty tea bag of group A into a glass vial, poured 95℃ hot water, and let it stand for 5 minutes.
The results showed that after the tea bag is soaked, there will be obvious cracking and degradation. At the same time, 11.6 billion microplastics and 3.1 billion nanoplastic particles were detected in the water.

In other words, drinking a cup of teabag will swallow at least 14 billion plastic particles.

An article published in the journal Nature Food in October 2020 mentioned that infants may consume more than 16 million microplastic particles per liter of infant formula prepared from polypropylene plastic bottles. Moreover, even after 21 days of use, the microplastics will still be released; the higher the water temperature, the more relative release.

In 2019, a paper entitled “Human Consumption of Microplastics” in “Environmental Science and Technology” estimated that the amount of microplastics consumed by humans was as high as 39,000-52,000 per year. If the incoming situation is taken into account, this value Will be 74,000-121,000.

Those who love to drink bottled water may consume 211,000 microplastics every year. Do the math, it’s about 578 pills a day on average.

A Chinese study published in the journal Nature Sustainable Development in July 2020 showed that lettuce: Cracks in the roots of wheat and wheat crops can absorb microplastics in soil and water, and then spread to the edible parts. In this process, plant transpiration plays a role in promoting.

Of course, the fish in the ocean cannot escape. There is evidence that microplastics can be transferred from the digestive tract of European anchovy and other species to the liver. ⑧In the end, they were served on the human table.

5. In the air you breathe

Even the air you breathe every day is filled with microplastics. Studies conducted in Paris, France and Dongguan, China have revealed that microplastics (mainly fibers) are present in total atmospheric dustfall.

To reduce the hazards of microplastics, remember to do so

In fact, we ourselves are the manufacturers of plastic waste. For example, we often use disposable plastic bags and disposable paper cups. These may be the source of microplastics.

In the face of “plastic hazards”, Chinese government has taken action!

On July 17 this year, Chinese National Development and Reform Commission, the Ministry of Ecology and Environment, the Ministry of Industry and Information Technology and other nine departments jointly issued the “Notice on Solidly Promoting Plastic Pollution Control” and proposed that from January 1, 2021, the nationwide ban Production and sales of disposable plastic cotton swabs and disposable foamed plastic tableware; non-degradable disposable plastic straws are prohibited in the national catering industry.

Go to the supermarket, stroll around the vegetable market, and come back with a handful of plastic bags in your hand. It seems to be convenient and easy, in fact, you have made more plastic waste! When you go out to buy vegetables, bring a woven bag or cloth bag, which saves you hygiene.

Milk tea packaging cups, takeaway packaging boxes… These takeaway packaging are all plastic! Not to mention whether hot milk tea comes into contact with plastic will produce harmful substances, a cup of milk tea every day, how much plastic waste you throw!
Drink less milk tea, order less takeaway, or go home and eat your own meals, which is healthier and more reliable.

Using a small straw can also help reduce plastic waste. Statistics show that after a small convenience store stopped supplying straws, the amount of plastic saved in one year was very considerable.

Plastic bottles and plastic bags should not be littered. Put them in designated garbage bins and hand them over to the special environmental sanitation department for unified disposal. This can reduce environmental pollution and reduce the chance of harm to yourself.
Including the promotion of garbage classification and recycling in various places, please actively do a good job in garbage classification.

5. It is best to choose biodegradable plastic

“Limited plastics” and “Prohibited plastics” cannot completely eliminate the use of plastics. If you must use them, choose degradable ones, which can reduce the pollution of ordinary plastics to the environment.