Beer liquor or red wine: which more harmful to liver?

Beer liquor or red wine: which more harmful to liver? Drinking wisely will not cause too much damage to the body!

It is known that drinking alcohol damages the liver. Alcohol is metabolized by the liver, and heavy drinking can cause liver damage.

With long-term drinking habits, if the amount is not controlled, the liver will be damaged.

As a result, the metabolism is poor, liver function is reduced, and the damage to the liver can be imagined. If this kind of problem occurs, coupled with long-term high-load operation, the liver will also become ill and get inflammation, giving cirrhosis a chance.

Even so, drinking is hard to avoid in life. Friends gathering, leadership gatherings, New Year holidays, birthday banquets always have a few drinks.

At this time, how to drink to not hurt the liver, and how to choose among so many varieties of wine What? 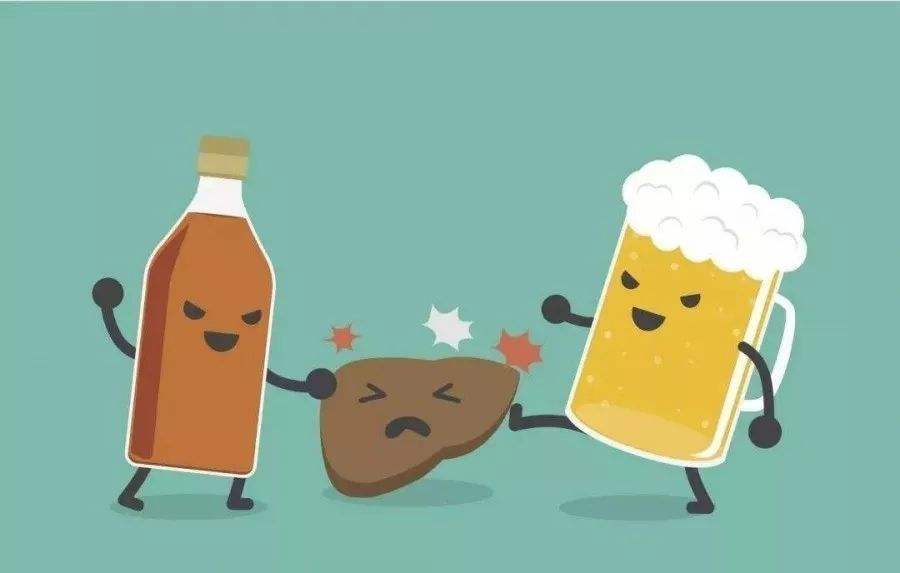 The alcohol content of beer is relatively low. It is mainly made of barley malt and other substances after fermentation.

Drinking beer appropriately will not cause any damage to the liver, and it can also replenish a certain amount of energy for the individual.

However, large amounts of drinking will cause excess energy in the body, and the harm to the human body is relatively great.

Excess energy can easily induce obesity, so people who see a big belly usually say that he has a “beer belly.”

In particular, people with high blood pressure and diabetes are not suitable for drinking a lot of beer. It can cause fluctuations in blood sugar and blood pressure.

The alcohol in beer can also stimulate nerves, causing people to slow down their brain thinking.

The raw material of red wine is red grapes, and its taste will be more sweet.

However, the alcohol content in red wine will be higher than that in beer, usually around 13%.

There will be more beneficial ingredients in red wine. Proper drinking can improve the antioxidant capacity of tissue cells, and some of these substances have a certain protective ability to blood vessels.

However, drinking too much can cause great damage to the liver.

It is best not to exceed one third of the total content of each drink, so as to maximize its advantages and reduce its damage to the liver.

The alcohol content of liquor is the highest among the three, so it is the most harmful to the liver. The Chinese wine culture is relatively old.

Therefore, its audience is also relatively large, which is one of the main reasons why there are more liver cancer patients in many countries

Generally speaking, people who don’t know how to drink, drink a glass of white wine and quickly fall asleep and pass out. It can be seen that the power of liquor is really great.

Even for people who are good at drinking, the amount of liquor consumption needs to be actively controlled. Be careful not to drink it for a long time.

Drinking liquor every day can also cause alcoholism.

It is worth reminding that adults should not drink white wine to children because of fun. This is very harmful to children.

Conclusion: In comparison, white wine is the most harmful to the liver, followed by red wine and beer the weakest.

However, large amounts of these wines can cause harm to the liver and other organs of the body. Therefore, people must not be greedy when drinking.

Drinking wisely will not cause too much damage to the body. You can drink more healthy drinks such as milk and vegetable juice.

Beer liquor or red wine: which more harmful to liver?