Variations of the COVID-19 virus appear in many countries, and a new crisis is about to strike? Many countries have discovered new variants. What is the situation now?

On December 18, local time, South African Minister of Health Mukez announced that a new variant of the new coronavirus has been discovered in South Africa. He added, “The current evidence shows that the second wave of outbreaks in South Africa was mainly caused by this new variant.” The new variant has been named “501.V2”.

On December 19, local time, British Prime Minister Johnson said in a speech that due to the new variant of the new coronavirus, the number of confirmed cases in the UK has soared in the past two weeks. The variant was named “VUI-202012/01”.

Outside of the United Kingdom, the World Health Organization reported that cases of infection with new variants in the United Kingdom have been found in Australia, Iceland, Denmark, the Netherlands, Italy and Belgium. 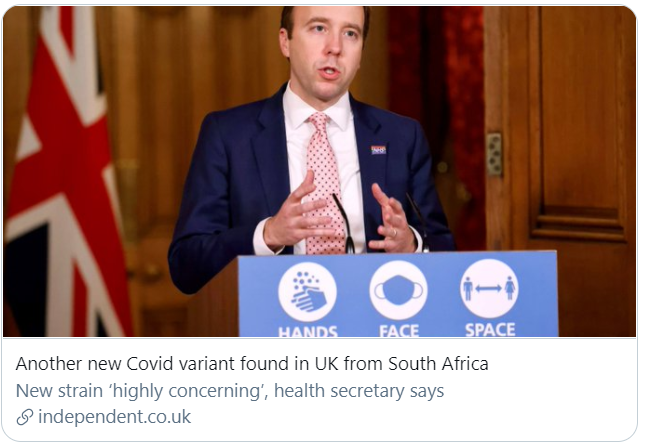 According to the “Guardian” report, on December 23, local time, British Health Secretary Matt Hancock stated at a press conference that following the previous discovery of a new variant of “VUI-202012/01”, the UK discovered a second variant. A new variant of the new coronavirus. According to the investigation, both patients have had contact with people who have traveled to South Africa. Hancock said that the new variant of the new coronavirus discovered in South Africa has arrived in the UK.

In order to effectively control the spread of the virus, the British government has decided to raise the level of prevention and control of the COVID-19 epidemic in more areas of eastern and southeastern England to the highest level 4 from December 26.

On December 23, local time, according to Ecuador’s “Business Daily”, a study by the Federal University of Espirito Santo found that a new variant of the COVID-19 virus appeared in Ecuador, which is suspected to be more infectious. The report pointed out that this variant has nothing to do with the new variant discovered in the UK, and is an independent variant.

João Paulo Gomes, head of the Bioinformatics Group of the Department of Infectious Diseases of the Portuguese National Research Institute, pointed out that studies have proved that these three new variants are the main reasons for the second wave of the epidemic in Portugal.

On December 23, local time, the Federal University of Rio de Janeiro, Brazil, announced that a new variant of the new coronavirus has been found in the virus carried by infected patients in Rio de Janeiro. Brazilian researchers began to sequence the virus at the beginning of the year and analyzed a total of 180 viral genomes. The researchers pointed out that in October this year, the new variant was discovered for the first time in Rio de Janeiro, and the variant is expected to sprout in July.

On December 23, local time, the relevant research institution of the University of Magellan in Chile pointed out that a total of 9 new variants of the new coronavirus have been found in the Magellan region, of which one has not been found in other parts of the world and is highly infectious. The Magellan Region is one of the most severely affected areas in Chile.

On December 23, local time, Malaysian Ministry of Health Director Nur Hisham stated that a variant of the new coronavirus called “A701V” was discovered in Malaysia, but the clinical impact of this variant is still unclear. 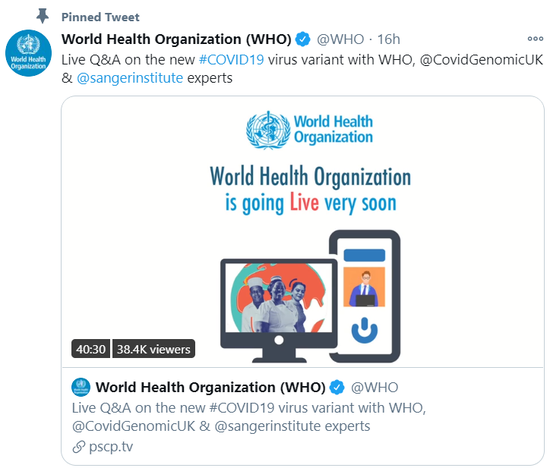 Six questions to clear up doubts, should we be afraid?

According to Nature Magazine The coronavirus is mutating — does it matter? The article introduces that when RNA-encoded viruses such as the new coronavirus and AIDS virus replicate in the host, the enzymes that replicate RNA are prone to errors, so these viruses are often prone to gene mutations. In addition, the new coronavirus is a single-stranded RNA, and its structure is more unstable than double-stranded, which also makes it more susceptible to mutation.

On December 23, local time, Liam Smith, a professor of clinical epidemiology at the London School of Hygiene and Tropical Medicine, said, “RNA viruses are very easy to mutate, but most of the mutations are meaningless and do not require us to take additional measures.” . 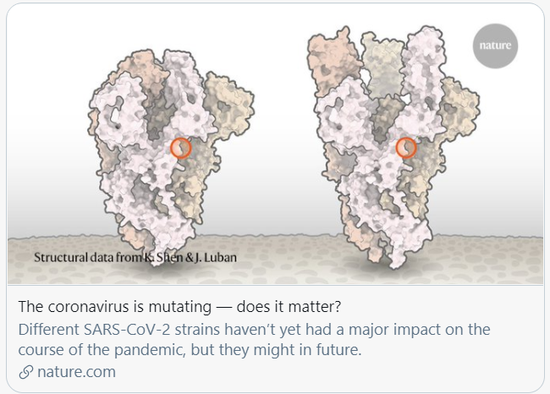 According to the Portuguese Newspaper, the research coordinator of the genetic diversity of the new coronavirus in Portugal also pointed out that “(virus mutation) is very common.” He added that “new variants will continue to appear in the future”.

Q2: Will the new variant speed up the transmission rate?

The new variants currently found in the UK, South Africa, Ecuador, and Portugal seem to be more infectious, leading to an increase in infection cases. The new variants discovered in Brazil are still under further study.

According to the latest research data released by the World Health Organization, the transmission capacity of the new variant “VUI-202012/01” discovered in the UK has increased by 40% to 70% compared to the past. The infection cases are mainly people under 60.

Q3: Will the new variant cause the patient’s condition to become worse?

Portuguese researchers pointed out that from a clinical point of view, there is currently no evidence that the new variant will increase the fatality rate.

According to the Guardian, Ewan Birney, the deputy director of the European Molecular Biology Laboratory, pointed out that “if the new variant will have a significant impact on the patient’s condition, then we should have seen this impact long ago.” Birney added, “ The number of severely ill patients has neither risen nor fallen sharply, which means that the new variant has no major impact on severely ill patients.”

Q4: Will the new variant cause the vaccine to fail?

Chris Whitty, Chief Medical Officer of England, said in an interview with The Guardian that the UK has shared information with the WHO and is analyzing the characteristics of the new variant. Scientists are cultivating new strains in the laboratory, studying its antibody response and the cross-reaction of new variants with the COVID-19 vaccine. In addition, health officials are also randomly sequencing confirmed cases across the country and drawing maps of infected areas. 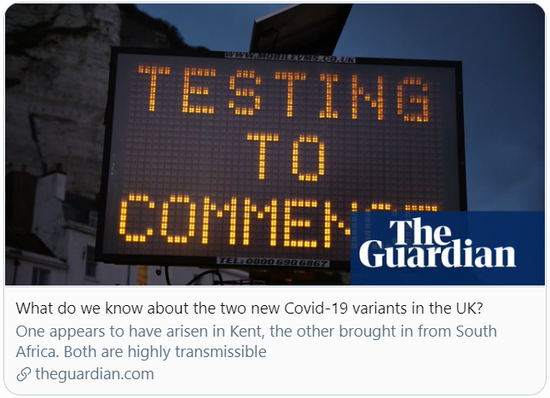 Smith pointed out that there were no signs that the new variants would reduce the effectiveness of existing vaccines. Birney also said, “The current vaccine has been tested with many variants of the new coronavirus. Although more thorough testing is needed, we have reason to believe that the vaccine is still effective for the new variant.”

The principle of nucleic acid detection is to detect whether the sample provided by the public contains virus RNA. Among them, the most common method for detection of new coronavirus nucleic acid is to use fluorescent quantitative PCR (polymerase chain reaction) for detection.

According to the Science Media Center, Dr. Jeffrey Barrett, senior scientific consultant of the New Coronavirus Genome Project at the Wellcome Sanger Institute, said that multiple genomic targets will be used in PCR testing. This means that even if the virus has a genetic mutation, a combination test of multiple targets can still detect the virus. “I have not encountered a situation where only one target is used to detect the virus.”

Q6: In the face of new variants, how should the public respond?

Smith pointed out that there is a lot of evidence that the new variant spreads faster from person to person. This indicates that low-level prevention and control measures may not be effective. Therefore, in order to control the spread, all localities need to adopt more stringent prevention and control measures. Smith believes that the UK’s escalation of lockdown measures is an appropriate response to the new coronavirus variant.

Jonathan Stoyer, head of the Retrovirus-Host Interaction Laboratory of the Francis Crick Institute in the United Kingdom, said in an interview with the Science Media Center, “In fact, the way viruses spread from person to person is different. No change. Viruses will always evolve, but complying with the rules of hygiene and epidemic prevention and maintaining social distancing is still the most effective way to prevent transmission.”