Left ventricular thrombosis is a complication of acute myocardial infarction (AMI) and, if left untreated, is associated with a significant risk of thromboembolism.

The current guidelines (ESC, ACCF/AHA, ACCP) all recommend the use of vitamin K antagonists (VKA) for anticoagulation therapy for 3 to 6 months.

There are currently studies comparing the safety and effectiveness of NOACs and VKA in the treatment of left ventricular thrombosis in patients with AMI.

In addition to dual antiplatelet therapy, patients diagnosed with left ventricular thrombosis after AMI are treated with VKA or NOAC on the second to sixth day of hospitalization.

The anticoagulation treatment plan is determined by the attending physician.

The dose of NOAC is used according to the patient’s condition (such as renal function, etc.). Patients taking warfarin keep the international normalized ratio (INR) range at 2.0-3.0.

During the follow-up period (median 2.2 years), the overall rate of left ventricular thrombosis resolution was 86.1%.

There was no difference in the incidence of systemic thromboembolism between the two groups (5% vs 2.4%, P=0.388).

This study suggests that in the treatment of left ventricular thrombosis after AMI, NOAC patients may have better therapeutic effects and safety than VKA patients.

However, the sample size of this study is still small, and the treatment plan is non-random, so there may still be great confounding factors, and dabigatran treatment is not used in the NOAC plan, so this conclusion may not apply to all NOACs. 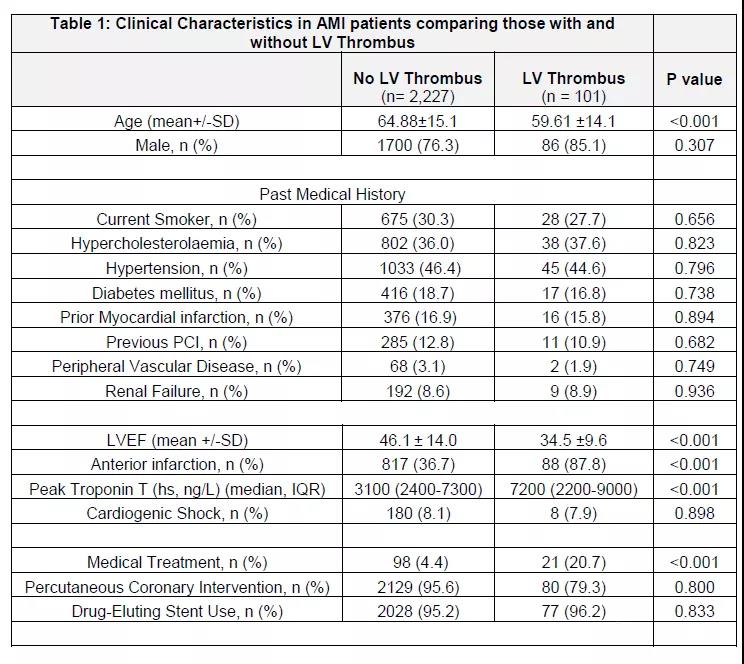 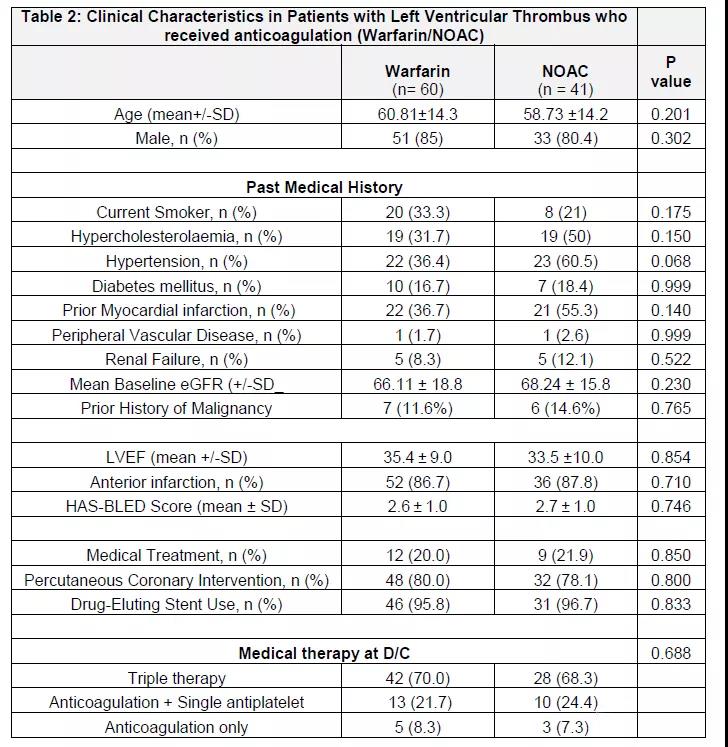