Sodium is an important cause of high blood pressure

Sodium is an important cause of high blood pressure.

Everyone knows that too much salt intake can easily induce high blood pressure, mainly because of the sodium ions in it.

But it does not mean that you will be fine with less salt when cooking. There are many other foods that also contain more sodium. 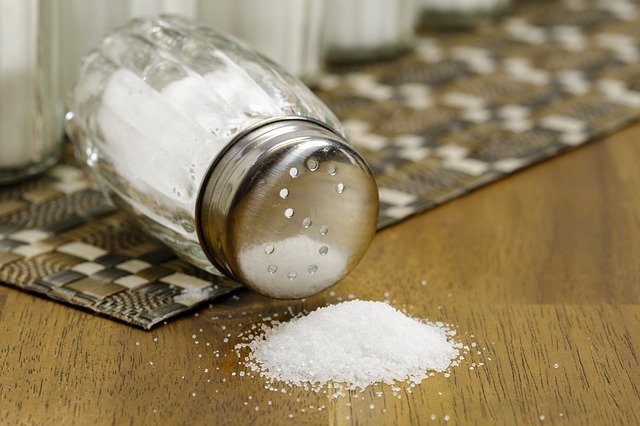 But it does not mean that you will be fine with less salt when cooking.

There are many other foods that also contain more sodium.

They are also the culprits of inducing high blood pressure.

Where does sodium come from?

In addition to salt, the pickles, meat products, snack foods, soy products, vegetables, fruits and other foods we eat also contain a certain amount of “sodium”.

So even if our daily intake of “sodium” is equal to the amount of “sodium” in edible salt, we will also take in sodium from other foods.

The salt we eat every day contains 5 grams of sodium, but in fact, our intake of “sodium” is still more than 5 grams.

Therefore, the prevalence of hypertension has not yet come down.

In addition to salt, foods with high sodium content include:

For most hypertensive patients, in addition to taking medications on time, the following non-drug treatment methods should be combined, which has a great effect on improving hypertension treatment.

In addition to the above points, cardiovascular experts also recommend:

For example, the following 4 kinds of foods, hypertensive patients should eat less!

③High-calorie foods: especially sugars, it is easy to cause elevated blood lipids.

2. Smoking a cigarette, blood pressure continues to rise for 15 to 30 minutes

When smoking 2 cigarettes, 10 minutes later, due to the increased secretion of epinephrine and norepinephrine, the heartbeat will be faster, and both systolic and diastolic blood pressure will increase.

3. Many people suffer from high blood pressure by staying up late

If you do not sleep well at night, your blood pressure at night will not get a good rest due to sympathetic nerves, and even anxiety will be caused by insomnia, which will cause your blood pressure to rise, and it is easy to form abnormal blood pressure changes. And this kind of damage can’t be made up by restoring sleep the next day.

Under the circumstances of high work pressure and high mental stress, the body will secrete a chemical substance called catecholamines.

Sodium is an important cause of high blood pressure.