Gibco ExpiCHO stable production medium (hereinafter referred to as ExpiCHO SPM) is a stable production medium that uses Gibco AGT patented technology. It is a chemically limited culture with no protein, no hydrolysate, no growth factors, and no animal-derived components. Basically, ExpiCHO SPM supports a simple transition from transient to stable rotation, provides high cell expression without the need for additional medium optimization. It can be used as a monoclonal medium to increase the rate of monoclonal formation and is also suitable for all CHO cells. Large-scale batch cultivation.

At present, ExpiCHO SPM medium has been successfully used in the large-scale batch culture of CHO cells in the biopharmaceutical field. ExpiCHO SPM is suitable for different CHO cell types, such as Horizon HD-BioP3, CHO-K1, Lonza’s CHOK1SV GS-KO, CHO -S and other cell lines.

Case #1: Application of ExpiCHO SPM on a cloned cell line of Horizon HD-BioP3 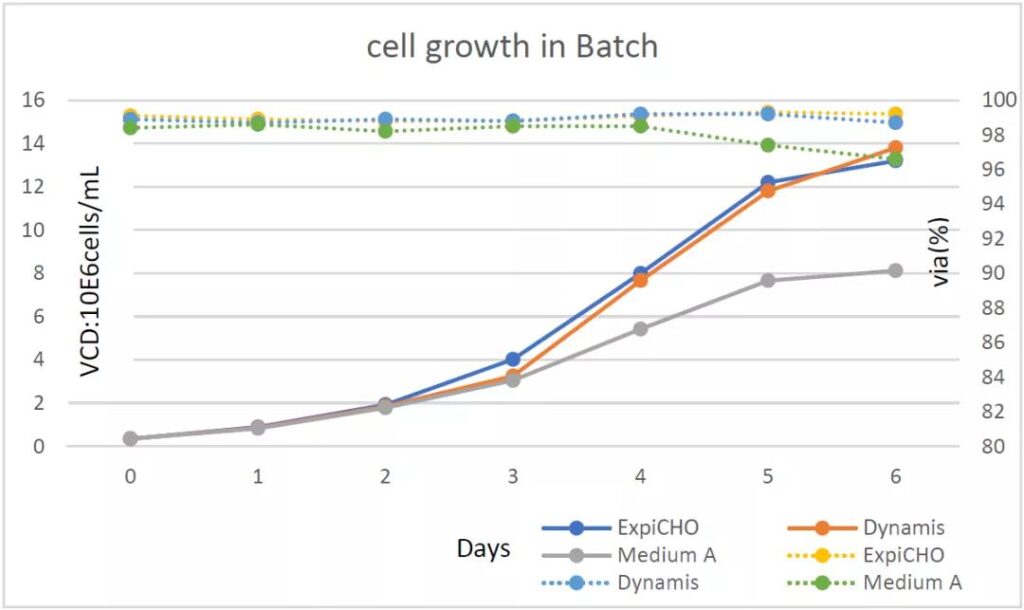 It can be seen from Figure 1 that in the batch experiment, the cell density of Horizon HD-BioP3 cells in ExpiCHO SPM and Dynamis media is as high as 13.2*106 cells/ml and 13.8*106 cells/ml, respectively. The cell viability is All are greater than 98% on the 6th day; 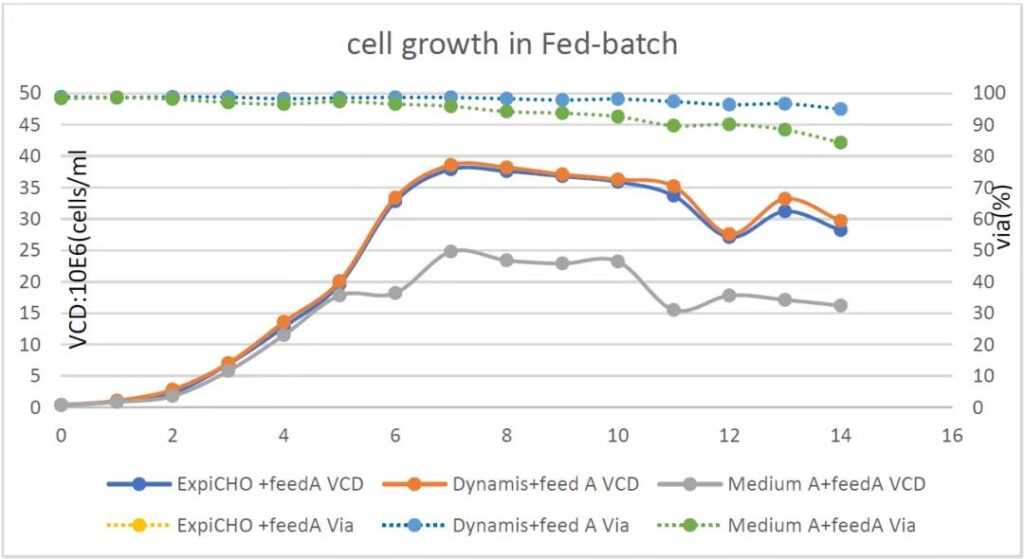 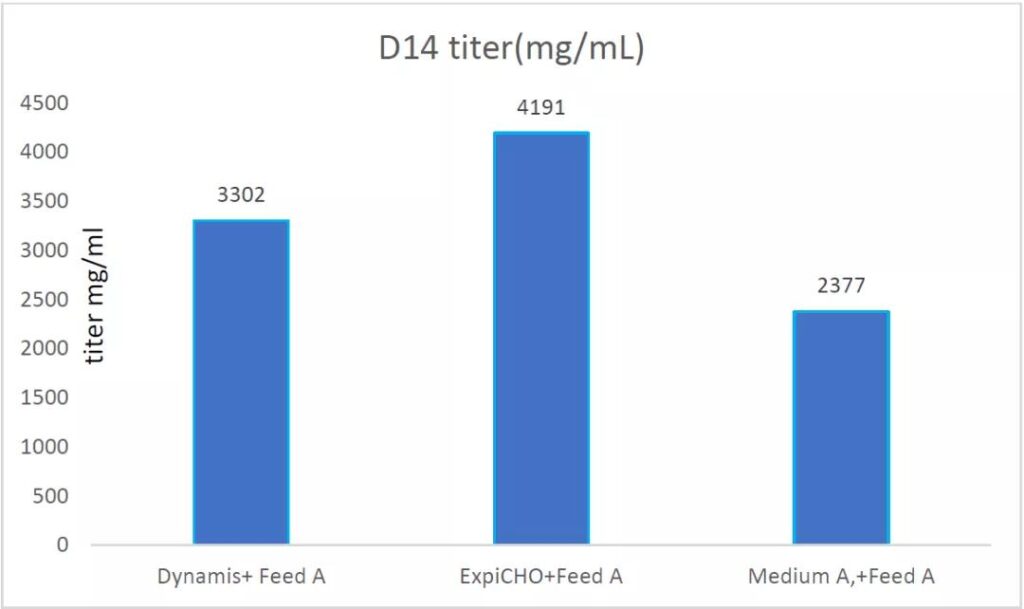 Fig 3, the titer value of D14 under different media conditions

Case# 2, Application of ExpiCHOSPM on a CHO-K1 cell line 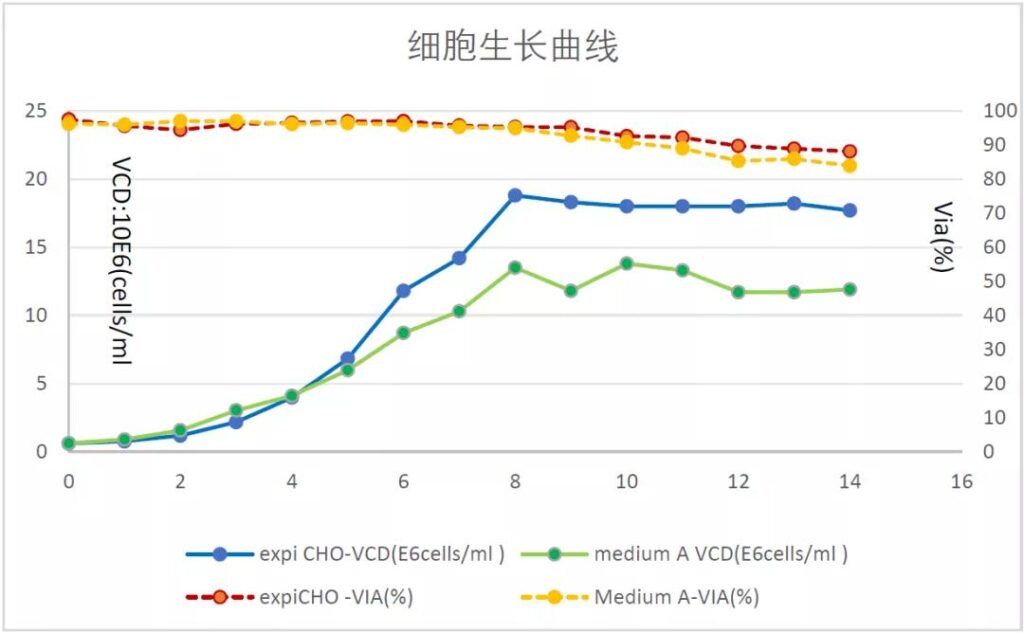 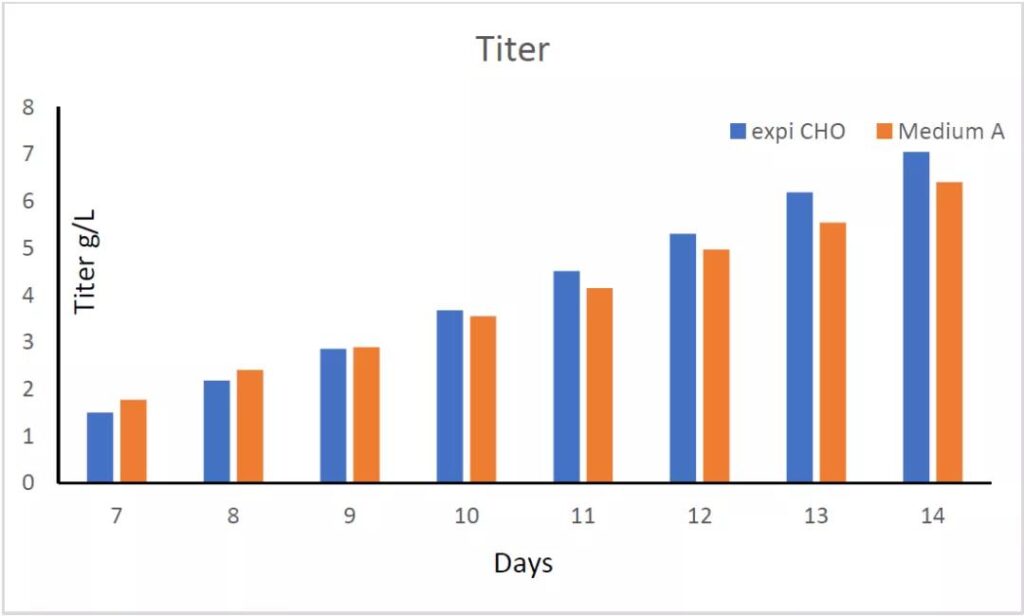 It can be seen from Figure 4-6 that the cell growth, protein yield and metabolic parameters of CHO-K1 cell line in Expi CHO are better than those of Medium A. Among them, compared with Medium A, it reaches the highest cell two days earlier. Density, the highest cell density is 18.8*106, which is 36% higher than that of Medium A. The titer of D14 is 7.046g/L, which is about 10% higher than that in Medium A. In addition, the lactate metabolism of cells in ExpiCHO SPM medium The content can be controlled at a very low level (less than 0.2g/L), which can keep the cells in a relatively good growth environment.

Fig 7, cell density and viability of cells in different media

It can be seen from Figure 7 and Figure 8 that in the Batch experiment, compared with other media, this cell performed best in ExpiCHO SPM, with a titer of 1.348g/L.

The above 3 cases show that ExpiCHO SPM medium has excellent performance in cell growth and cell protein expression. In addition, when it is used to cultivate the Lonza CHOK1SV GS-KO cell line, it can also shorten the doubling time of cells and improve the quality of antibody products (for example, it can reduce the mismatch rate of double antibody molecules, etc.).

In short, ExpiCHO SPM is a medium with high expression and excellent performance suitable for large-scale culture of CHO cells. It can effectively empower CHO cells to produce high-expression and high-quality protein products.