Scientists are working to prove whether the vaccine is still effective against the mutation of the new coronavirus. According to a preliminary study by Pfizer and the University of Texas Medical Branch, Pfizer and BioNTech’s mRNA vaccines may still be effective against new virus strains discovered in the United Kingdom and South Africa. 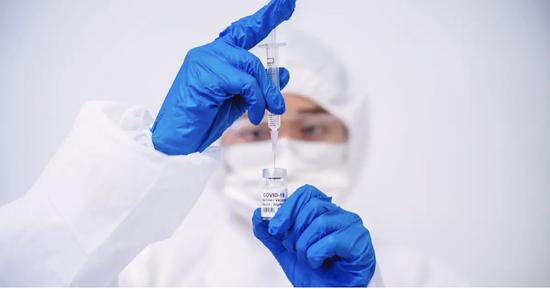 According to Pfizer’s latest research, the vaccine can still effectively neutralize the N501Y mutation in the spike protein of the new coronavirus. Pfizer virus vaccine scientist Phil Dormitzer said: “It is encouraging that this vaccine seems to be effective against the N501Y mutation and 15 other mutations that have been previously tested. None of the mutations is effective against the vaccine. It’s good news for any major impact on its effectiveness.”

The study was based on the detection of antibodies in blood drawn from vaccinated people. The study emphasized the limitations of this discovery because it has not yet tested all mutations in the new virus strain.

Domitze warned that other mutations still need to be closely monitored. “This does not mean that the vaccine will still be effective against the 17th mutation.” He said, “The other E484K mutation found in South Africa is also worrying. This new mutation may lead to greater transmission, and people I am worried that it may also escape the vaccine’s neutralizing antibodies.”

In this regard, researchers have planned to conduct similar tests to see if the vaccine is effective against other mutations found in the British and South African variants, and hope to obtain more data within a few weeks.

Byintech co-founder Dr. Ugur Sahin (Ugur Sahin) said at a press conference on December 22: “Once a major mutation of the virus is detected, Bytech will be able to Provide a new vaccine within.”

Sain said that, technically speaking, the advantage of mRNA technology is that it can design a vaccine that completely mimics the new mutation of the virus.

Hongzhou Lu also said that as the production capacity of various vaccine manufacturers increases, the vaccination rate will also increase. “If the vaccination rate can reach about 75%, then the epidemic is expected to be controlled.” He told a reporter from China Business News. “Of course the persistence of vaccine antibodies remains to be seen. People who have received the vaccine should be given regular antibodies. Level monitoring.”

Both the U.S. and Europe have approved Pfizer Byn Tyco and Moderna’s COVID-19 vaccines. Moderna founder and CEO Stephane Bancel (Stephane Bancel) said Thursday that he is confident that Moderna’s vaccine antibodies will last for several years.

At present, vaccine manufacturers including Moderna, AstraZeneca, etc. are verifying the effectiveness of the vaccine against the mutation of the virus. Scientists call for the newly developed vaccine to provide the same effectiveness against variant strains in the UK and South Africa.