The genetic material of identical twins is not exactly the same

Identical twins begin to have genetic differences in the early stages of embryonic development. In about 15% of identical twins, a large number of these early developmental mutations exist only in one of the twins.

As we all know, twins can be divided into two types: identical twins or fraternal twins. Identical twins are split from the same fertilized egg. Theoretically, the genetic material is the same, and the sex is of course the same. The fraternal twins are developed from different sperm and eggs. There is no difference between ordinary brothers and sisters.

For identical twins, their genetic material is the same, or their genetic differences are very small, but in fact, we can also observe in our daily life that the physiology or behavior of identical twins is also more obvious. Difference, it has always been thought that this difference is caused by environmental factors.

However, for some developmental disorders, including autism, one of the identical twins sometimes gets one but one does not. Does this mean that we have always underestimated the genetic differences between identical twins?

On January 8, 2020, researchers from Iceland’s deCODE company and the University of Iceland published a research paper titled: Differences between germline genomes of monozygotic twins in the journal Nature Genetics, a subsidiary of Nature.

More critically, there are few studies describing the genomic differences between these twins. Therefore, until now, scientists knew little about the average number of differences between identical twins’ genomes, let alone the types of mutations that caused these differences and when they occurred.

Not only that, the research team also sequenced the genomes of the parents, spouses, and children of these identical twins to track the divergence of variation in identical twins. The researchers found that there were an average of 5.2 early developmental mutations between twins. In about 15% of twins, one of them carries a higher number of these mutations, while the other does not have these mutations. 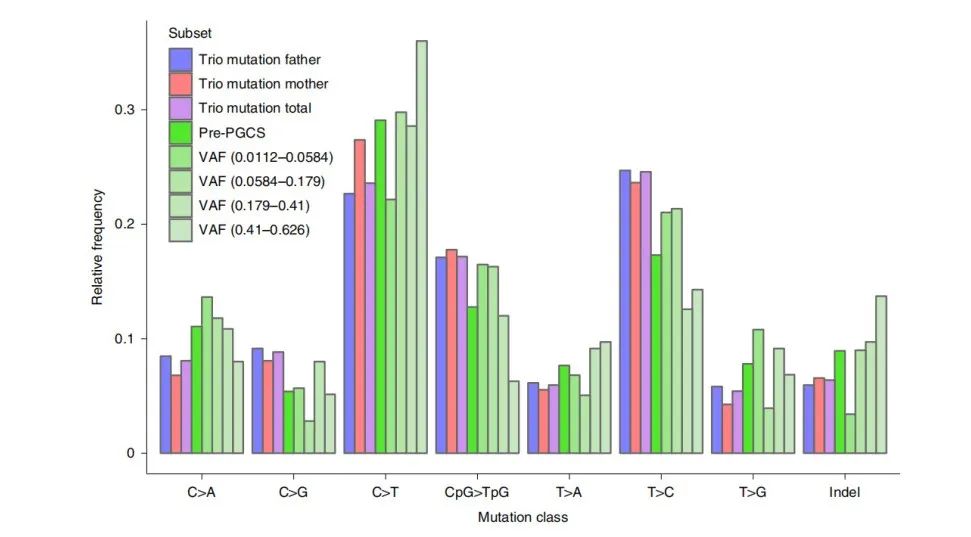 These phenomena indicate that identical twins may also have different gene mutations during embryonic development, and changes in these genetic factors will cause the two to show completely different phenotypes. 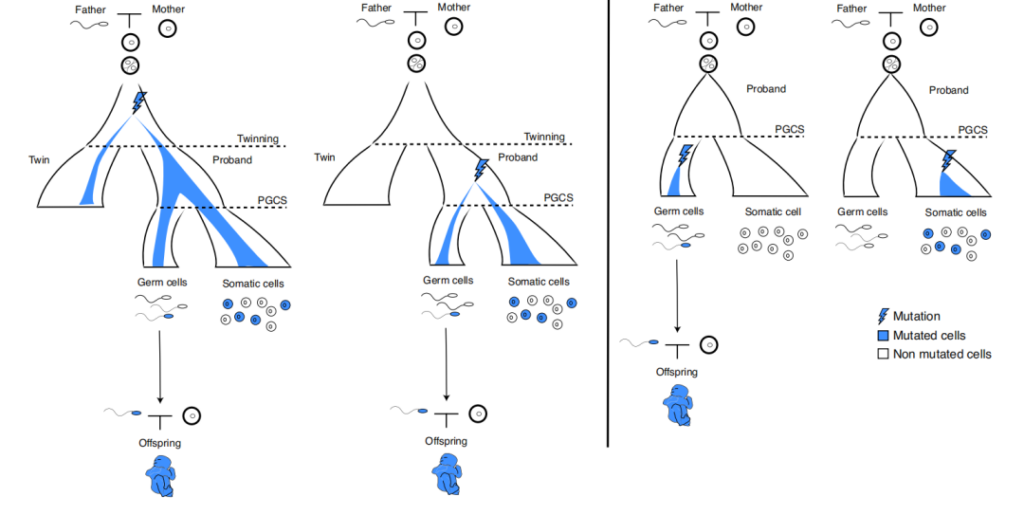 In this regard, the researchers explained that this may be caused by the uneven distribution of twin cell lines during early embryonic development, that is, the unequal contribution of cell lineages to the inner cell mass may produce different allele frequencies between the twin cell populations (VAF) Difference. Simply put, a single cell line with mutations may only exist in one identical twin, while the same cell line does not exist in his twin brother.

In addition, the research team also found that the proportional relationship between the transmission rate and the somatic allele frequency (VAF) indicates that the distribution of cell lineages to the germ line is mainly driven by its frequency in embryonic development. This indicates that the pre-mutated VAF of primordial germ cells (PGCs) is similar in all human tissues and is mainly affected by sampling changes.

The results of this study indicate that the random selection of cell lineages during human early embryonic development is the main reason for the differences in twins’ genomes.