Nervous System Disorders: Hedging brain injury. The fall was the back occiput, but why was the forehead bleeding?

One man caused a brain hemorrhage after falling down some time ago but why he fell on the back of the occiput, but forehead bleeding?

The brain injury caused by a moving head suddenly colliding with an external object, forcing it to turn from dynamic to static in an instant, is called “deceleration injury”, such as injuries from falls, falls, or falls from a moving vehicle. The damage effect is mainly hedging brain injury, followed by local impact injury.

① Focusing on the occipital center often results in bilateral brain contusion and laceration of the frontal and temporal front and bottom.

② Focusing on the side of the occiput can cause lighter ipsilateral but mainly contralateral frontal, temporal and bottom injuries.

③ Focusing on the parieto-occipital region often causes injuries to the contralateral forehead, anterior temporal base, and outer side.

⑤ Focusing on the lateral side of the temporal region, most of which is the anterolateral damage of the contralateral temporal lobe. There are often extensive superficial contusions in the sylvian fissure area, and there may also be small-scale contusions on the violent side.

⑥Forehead focus, the local brain damage is mainly caused by violence, and the occipital lobe is generally undamaged or mild. This may be related to the elasticity of the smooth surface of the tentorium, which plays a certain protective effect.

⑦Facial focus, because the physiological bone cavity of the face and jaw and the bone sutures at the base of the skull attenuate the intensity of violence, the brain injury is generally mild. 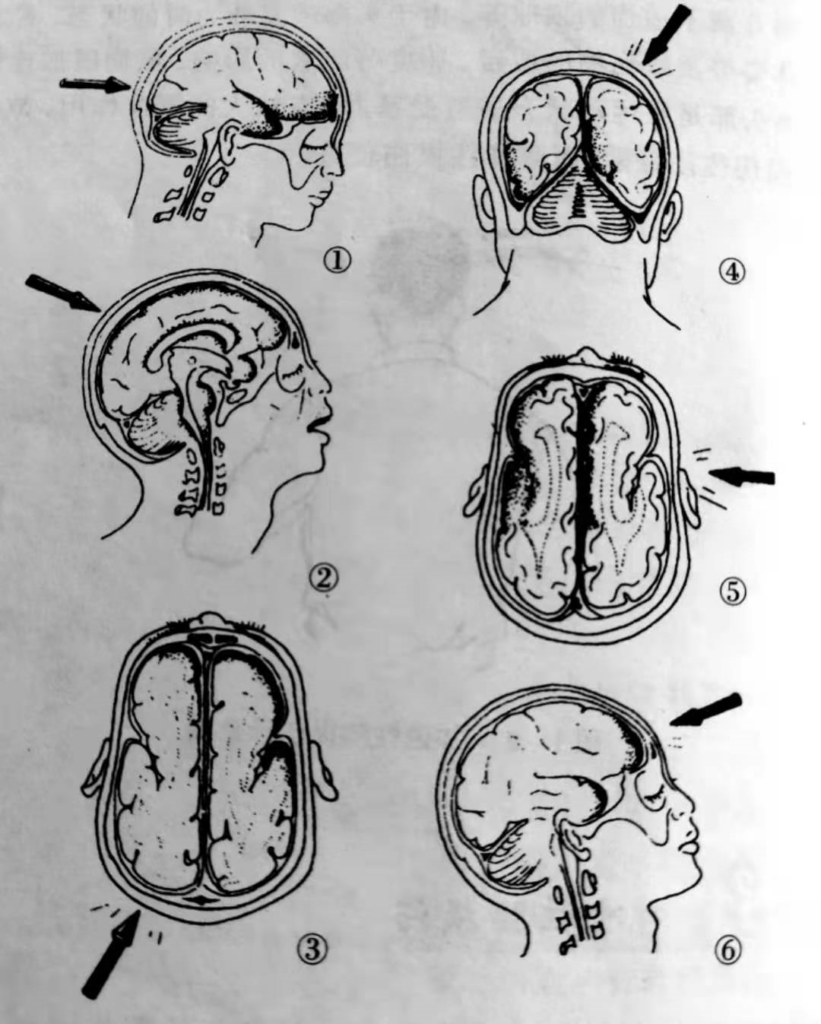 In our daily diagnosis and treatment work, we deal with various diseases for patients with neurological diseases every day and answer questions related to their diseases. On this basis, we organize the common questions raised by disease categories. It aims to provide guidance and help for the vast number of patients with the nervous system to seek medical advice!