Respiratory diseases caused by others than COVID-19

Respiratory diseases caused by other than COVID-19 and cannot be ignored. As the cold winter season approaches and the temperature drops sharply, everyone is very worried that COVID-19 will break out again and the flu will come quietly, but health departments at all levels have done various prevention and control work. The editor urges everyone to continue to maintain good hygiene habits, and disease prevention starts with everyone. 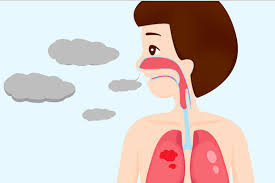 So what are the common respiratory tract infection bacteria?

Neisseria meningitidis is the pathogenic bacterium that causes epidemic cerebrospinal meningitis (ie, meningitis) and can be colonized on the mucous membrane of human nasopharynx. Spread through the air through droplets, most of the infected are children.

First, it invades from the nasopharynx, causing local infection; then bacteria invades the bloodstream, causing bacteremia, accompanied by chills, fever, vomiting, skin hemorrhagic ecchymosis and other symptoms, when the bacteria reach the meninges spinal membrane through blood and lymph It causes purulent inflammation of the cerebrospinal membrane, and the patient has symptoms of meningeal irritation such as high fever, headache, jet vomiting, and neck stiffness. In severe cases, it can lead to diffuse intravascular coagulation, circulatory system failure, and enter a coma within a few hours after the onset.

Humans are the only susceptible host of Neisseria meningitidis, and the mortality rate is high. The main measure to prevent meningitis is vaccination. In addition, patients with meningitis should be isolated in time to control the source of infection.

Streptococcus pneumoniae mainly causes human lobar pneumonia, and can also cause meningitis, bronchitis, otitis media and other diseases. It can be spread by droplets, it is more common in winter and early spring, and is often concurrent with respiratory virus infection. The patients are mostly elderly and infants.

The onset is usually sudden, characterized by high fever, chills, cough, bloody sputum, and chest pain; when meningitis is caused, symptoms are often accompanied by bacteremia or sepsis. Most of the illnesses are critically ill, with obvious systemic toxemia, headache, fever, confusion, and stiff neck And other meningeal irritation symptoms.

Streptococcus pneumoniae is susceptible to all people, but people with low immunity have a higher susceptibility level. Therefore, it is necessary to eat a reasonable diet to enhance immunity. Those with degraded immunity can choose to be vaccinated. The elderly and children should be protected in crowded areas. Seek medical attention immediately if symptoms occur.

There is a close history of tuberculosis exposure, the onset can be rapid or slow, mostly low-grade fever (more pronounced in the afternoon), night sweats, fatigue, anorexia, weight loss, etc.; respiratory symptoms include cough, sputum, hemoptysis, chest pain, and chest tightness of varying degrees Or difficulty breathing. When the cavity formed in the lung ruptures, Mycobacterium tuberculosis can enter the bronchus, causing a large number of bacteria to spread to other lung tissues and infect other people through activities such as coughing. In addition to tuberculosis, Mycobacterium tuberculosis infections also include: neck lymphadenitis, skin infections, pericarditis, joint synovitis and meningitis.

The first is to find and treat those who are positive for sputum, and to prevent and control the source of infection. Second is the planned immunization of Bacille Calmette-Guerin (BCG), which can significantly reduce the incidence and severity of newborns.

Streptococcus hemolyticus is widely distributed in nature, and exists in water, air, dust, feces, and the mouth, nasal cavity, and throat of healthy people and animals. It can be infected through direct contact, air droplets, or through skin and mucous membrane wounds. Contaminated food such as milk, meat, eggs and their products can also infect humans.

Respiratory tract infections are often manifested by fever and sore throat. Among them, scarlet fever caused by hemolytic streptococcal infection in group A is manifested as fever, angina, diffuse bright red rash and obvious desquamation after the rash; it is caused when the skin is infected Suppuration, abscesses; heart infection can cause endocarditis, repeated fever, valvular disease and other symptoms; kidney infection can cause nephritis, proteinuria, hematuria, etc.

Pay attention to hygiene in daily life, ventilate and wash hands frequently, maintain good hygiene habits, and keep a distance from confirmed patients. In addition, patients with upper respiratory tract infections and purulent infections of humans and animals often become the source of food contamination by hemolytic streptococcus, so it is necessary to prevent its contamination of various foods.