New COVID-19 Outbreak in Dalian China Caused by Imported cold-chain goods. Dalian City: The source of the epidemic is imported cold chain products, which is a new import. 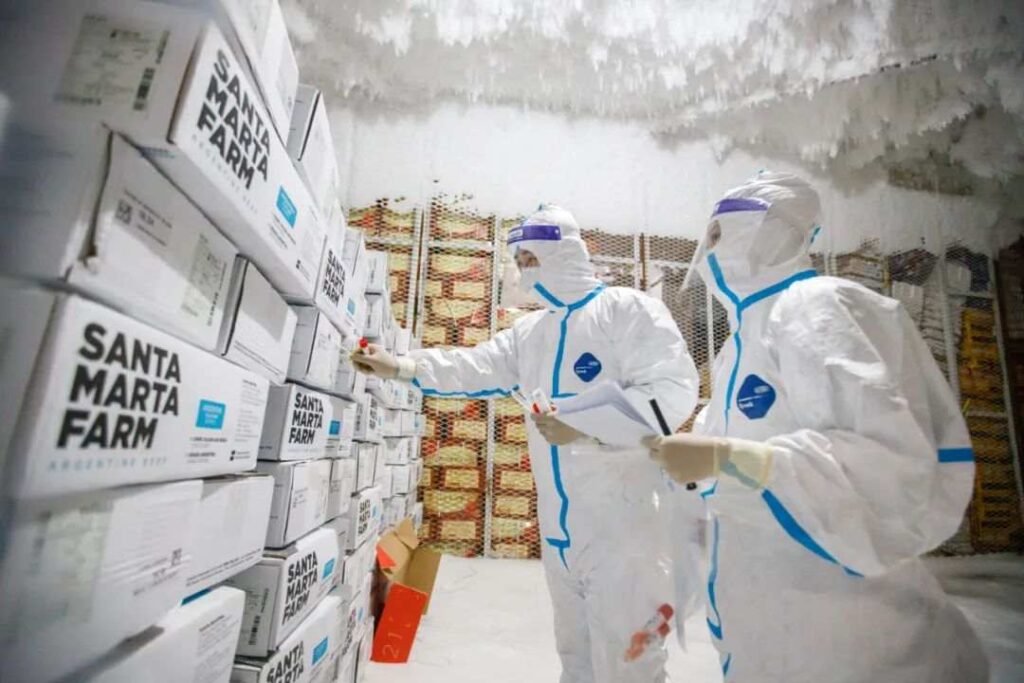 With the development of the epidemic and the deepening of investigation work, Dalian City conducted a comprehensive analysis of the spread of 83 cases as of January 11. At present, the source of the epidemic in Dalian has been initially identified, the transmission chain has been basically mastered, and the relationship between the cases is clear.

Through the full genome sequencing of the confirmed cases and asymptomatic infections and related environments, it was found that the virus genome was compared with the previous full genome sequence of the new coronavirus in Dalian, which was of different origin, which ruled out the continued spread of the local new coronavirus. Moreover, there is no genetic association with the imported cases that have been reported in some countries in the past and the domestic cases, which is a new import. The results support that the source of infection is from abroad, and it is preliminarily determined that the Dalian epidemic originated from imported cold chain products that contaminated the COVID-19 virus.

According to the preliminary analysis based on the existing evidence, most of the cases in the epidemic were Dalian port workers. The infection was caused by the handling of bulk goods that were positive for the COVID-19 pneumonia on a Russian freighter. In the commercial building, it caused infection with customers and customers, and after infecting merchants and customers, causing subsequent transmission. At present, 83 cases and asymptomatic infections have all identified the source of infection.