Stomach ulcer is a common stomach disease in daily life, but why is the chance of canceration much higher than other stomach diseases? Gastroenterologists at the Affiliated Hospital of Henan Academy of Pharmaceutical Sciences usually explain this way when facing patients with such problems.

Stomach infection, trauma, rupture of nodules or tumors can cause ulcers. When the skin and mucosal epidermis become necrotic and fall off, ulcers are formed, and chronic infections often appear, so that they can not be cured for a long time. Gastric ulcer carcinogenesis is because the epithelial cells of the gastric mucosa are physically and chemically stimulated to cause cancer cells to grow. Therefore, if symptoms are not treated in time, the chance of turning into cancer will increase a lot. This is why gastric ulcer is the closest disease to cancer.

Generally, if gastric ulcer is treated in time, the chance of turning into cancer is not high, but we also need to understand the relevant knowledge, not because of our subjective consciousness and cause serious consequences. 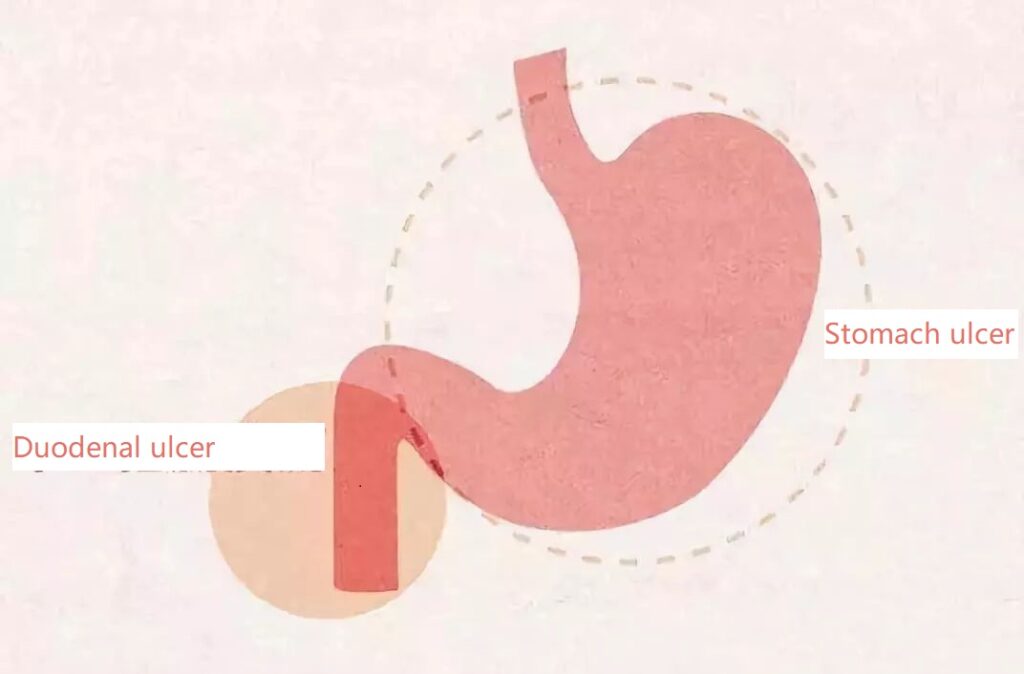 1. Those who are over 45 years old, have a history of ulcers, and have recent recurring symptoms, such as hiccups, belching, abdominal pain and weight loss;

2. Discomfort or dull pain in the upper abdomen loses its original rhythm and often worsens after eating;

3. The general condition becomes worse, the weight loss is obvious, and the weight gradually decreases;

4. Low fever of unknown cause occurs;

6. After standard medical treatment, the symptoms are not significantly relieved;

7. If after taking anti-ulcer drugs, it is found that the symptoms have not been relieved as before, or even when there is no drug effect, the malignant change may have occurred;

8. Generally speaking, gastric ulcer or duodenal ulcer will not form a mass. If malignant transformation occurs, the ulcer will become larger and harder. In the late stage, the mass can be felt in the upper left abdomen. The doctor recommends that such patients must Pay attention to cancer.

The disease generally has a certain incubation period. In fact, the most taboo of gastric ulcer is that the treatment is not timely or recurrent. The patient can recover quickly as long as the patient is treated in time. Take preventive measures while recovering, pay attention to rest, not overwork, and Stay up late, eat more fresh fruits and vegetables to keep your body water intake and avoid spicy foods.