Ten new targets for gastric cancer treatment easily overlooked! Although research and development in the field of gastric cancer has been slow, in the past two years, thanks to the efforts of countless scholars, many new breakthroughs have been made in the targeted drug treatment of advanced gastric cancer, and new drugs and new treatment options are on the way. 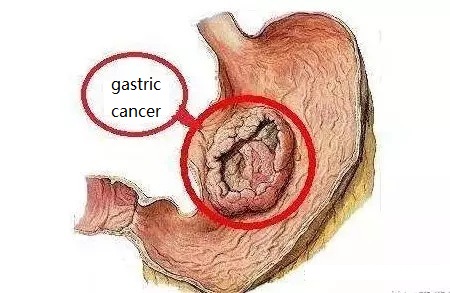 IN10018 is a small molecule inhibitor of FAK with high efficiency and selectivity developed by Boehringer Ingelheim. Yingshi Bio now owns the global development rights for the drug and is the only FAK inhibitor under development in China. Preclinical studies have found that the combination of IN10018 and docetaxel has a good synergistic effect in a variety of animal models of tumors. In an animal model of diffuse gastric cancer, the combination with docetaxel has observed significant tumor regression and long-lasting The anti-tumor effect.

Two completed phase I clinical studies involving 117 subjects have shown that IN10018 is effective against a variety of tumor types and is expected to become a new target for treatment. Among the 4 patients with gastric cancer included, there were 3 patients with diffuse gastric cancer, and 1 case of PR and 1 case of SD were observed. IN10018 is taken orally once a day, avoiding the inconvenience of conventional injection of chemotherapy drugs.

Only minor adverse reactions were observed in IN10018. These adverse reactions are reduced or recovered through symptomatic treatment or short suspension of medication. With good anti-tumor efficacy and good drug resistance, IN10018 is expected to become one of the options for the treatment of gastric cancer.

In 2019 , the Drug Evaluation Center of the National Food and Drug Administration of China approved the clinical research of Yingshi Bio for “locally advanced or metastatic gastric or esophageal junction adenocarcinoma”. The research was carried out in 8 domestic hospitals.

There are new targets and targeted drugs for gastric cancer !

Claudins are a family of proteins whose role is to maintain tight junctions that control the exchange of molecules between cells. CLDN18.2 subtype is a gastric-specific subtype. CLDN18.2 is usually buried in the gastric mucosa, and the monoclonal antibodies in normal tissues are basically inaccessible. The occurrence of malignant tumors will lead to the destruction of tight junctions, exposing CLDN18.2 epitopes on the surface of tumor cells and becoming specific Target.

Zolbetuximab (IMAB362, claudixmab) is the first drug developed for this target. It is a chimeric IgG1 monoclonal antibody that specifically binds to CLDN18.2 on the surface of tumor cells, thereby triggering antibody-dependent cellular cytotoxicity (ADCC) , Complement-dependent cytotoxicity (CDC), apoptosis and inhibition of cell proliferation.

The Phase IIa clinical trial (NCT01197885, MONO 2013) studied its efficacy and safety in 54 patients with refractory advanced or metastatic CLDN18.2-positive gastric adenocarcinoma. Screening patients are CLDN18.2 positive and Eastern Cooperative Oncology Group (ECOG) patients with 0-1. It is worth noting that the positive rate is defined as CLDN18.2 staining intensity ≥ 2+ in >50% of tumor cells. The results of the study showed that the median progression-free survival (mPFS) increased to 14.5 weeks, and the average response time of subjects was extended to 24.6 weeks (range 13.1-156.1 weeks). Ten patients achieved clinical improvement, including 4 cases of PR (9%) and 6 cases of SD (14%).

Among them, 90% of the patients had a high expression of CLDN18.2. Forty-four patients (82%) experienced treatment-related adverse events (TRAEs), most of which were grade 1 or 2. In more than 10% of people, nausea, vomiting, fatigue, and loss of appetite are the main events associated with Zolbetuximab. All severe TRAEs appeared in patients who received a dose of 600 mg/m2. These problems can be resolved by suspending or slowing down the injection of Zolbetuximab. In addition, in the MONO study, 54% of patients had undergone gastrectomy. Patients who have not undergone gastrectomy are more prone to nausea and vomiting. Repeated infusion of Zolbetuximab can reduce the incidence.

CLDN18.2 is the second most important target for gastric cancer after HER-2. The new antibody zolbtuximab, whether it is single-drug therapy or combination chemotherapy, has shown significant efficacy and safety. CLDN18.2 CAR-T cell therapy recently explored another possibility with its excellent performance. With the continuous improvement of molecular structure and clinical trials, anti-CLDN18.2 therapy will bring more surprises in the future.

Bemarituzumab is a monoclonal antibody that targets fibroblast growth factor receptor 2 (FGFR2). The FGF/FGFR pathway is related to the growth and development of cancer cells. FGFR2b is a subtype of FGFR found in epithelial cells in the stomach and skin. The FIGHT study enrolled 155 patients with newly diagnosed FGFR2b-positive, locally advanced or metastatic gastric and gastroesophageal junction adenocarcinoma, mainly to evaluate the efficacy and safety differences of bemarituzumab combined with mFOLFOX6 regimen compared with placebo combined with mFOLFOX6 regimen as first-line treatment.

The FIGHT test is the first study to evaluate the overexpression of FGFR2b. Through IHC testing conducted by the center, approximately 30% of HER2-negative gastric and gastroesophageal junction adenocarcinoma patients will overexpress FGFR2b . After adding Bemarituzumab to mFOLFOX6 chemotherapy, PFS, OS and ORR have clinically and statistically significant improvements. Bemarituzumab is associated with increased corneal adverse events and stomatitis, most of which are reversible.

DS-8201 is a new generation of antibody-drug conjugate (ADC) that combines trastuzumab (trastuzumab), a humanized monoclonal antibody targeting HER2, with a new type of topoisomerization through a 4-peptide linker Enzyme 1 inhibitor exatecan derivatives (DX-8951 derivatives, DXd) are linked together to target the delivery of cytotoxic agents into tumor cells.

Weidixituzumab was developed by Rongchang Biotechnology and consists of recombinant humanized HER2 monoclonal antibody and MMAE through cysteine ​​and a cleavable linker. RC48 is the first ADC drug to enter clinical research in some countries.

ADC drug is a new type of biologic drug conjugated by monoclonal antibody, linker and toxin, which can carry out precise attack on tumor cells. RC48 targets the HER2 protein on the surface of tumor cells, which can accurately identify cancer cells and enter the tumor cells through endocytosis, thereby killing the cancer cells. RC48 adopts a new humanized antibody with stronger affinity and better endocytosis effect, using advanced linkers and small molecule toxin drugs, which can effectively kill tumors.

The 2020 American Society of Clinical Oncology (ASCO) Annual Meeting, led by Professor Lin Shen from Peking University Cancer Hospital, was selected for the poster presentation of the “RC48 Phase II Clinical Study on the Treatment of HER2 Overexpressed Locally Advanced or Metastatic Gastric Cancer”, and a total of 127 clinical studies were included. Cases of HER2 overexpression (including ICH3+, IHC2+/FISH+, and IHC2+/FISH- patients) who have previously received 2-line or above-line system chemotherapy for advanced gastric cancer (including gastroesophageal junction adenocarcinoma) were evaluated by an independent efficacy evaluation committee ( The objective response rate (ORR) of the main efficacy indicators evaluated by IRC was 23.6%, the median progression-free survival (PFS) was 4.1 months, and the median overall survival (OS) was 7.5 months. RC48 has outstanding curative effect in locally advanced or metastatic gastric cancer patients who have previously received 2-line or above chemotherapy, and it fills in the huge third-line and post-third-line treatment for locally advanced or metastatic gastric cancer (including gastroesophageal junction adenocarcinoma) overexpressing HER2 There are urgent medical needs, and the study also includes HER2 low expression (IHC2+/FISH-) tumor patients, which broadens the scope of traditional HER2-positive patients and expands the target population.

On June 6, 2020, the FDA granted margetuximab an Orphan Drug Designation (ODD) for the treatment of gastric cancer and gastroesophageal junction cancer. margetuximab is an Fc-optimized monoclonal antibody targeting human epidermal growth factor receptor 2 (HER2). Margetuximab has HER2 binding and antiproliferative effects similar to trastuzumab. In addition, margetuximab has been engineered through MacroGenics’ Fc optimization technology to enhance the participation of its immune system and improve its killing power against cancer cells through antibody-dependent cell-mediated cytotoxicity (ADCC).

U3-1402 is a new antibody conjugate drug under development by Daiichi Sankyo, which is made up of the HER3 monoclonal antibody patritumab and exatecan connected through a maleimide-GGFG peptide linker. ,Each antibody is connected with 8 exatecans. Isinotecan is a topoisomerase I inhibitor, a derivative of DX-8951 (DXd).

ERBB3, also known as HER-3, is located at 12q13 and belongs to the EGFR family together with ERBB2. ERBB3 acts by activating a series of complex signaling pathways such as PI3K/Akt and RAS/RAF/MAPK. ERBB3 gene acts as a tumorigenesis promoter. It is significantly related to the aggressiveness and prognosis of gastric cancer. Studies have shown that ERBB3 gene is highly expressed in intestinal gastric cancer classified by Lauren, indicating that it can promote the occurrence of intestinal gastric cancer.

2020 ESMO reported the results of U3-1402 in NSCLC patients with EGFR mutations that have been treated with TKI and chemotherapy. The preliminary results are worth looking forward to ORR 25% DCR 70% DOR 69 months. Good NSCLC data also inspires more tumors This kind of exploration includes HER3 expression in 50-90% of CRC. Preclinical studies have shown that elevated levels of HER3 expression can be observed in many cancers, including colorectal cancer. The up-regulation of HER3 expression will cause patients to become resistant to other anti-cancer drugs, such as endocrine therapy drugs, HER2 inhibitors, and EGFR inhibitors.

A phase II clinical trial started at the end of October, using a new ADC drug Patritumab Deruxtecan (U3-1402) to treat patients with advanced and metastatic colorectal cancer, which is expected to make a further breakthrough in the treatment of patients with HER3 mutant colorectal cancer. At present, U3-1402 has achieved certain results in small trials for the treatment of breast cancer. The overall remission rate of 42 patients was 46.3% and the disease control rate was 90.2%.

The full name of DKK1 (Dickkopf-related protein1) is dickkopf-related protein 1. Its coding gene is expressed and played a role in the process of embryonic development, and may have important significance in adult bone formation. Elevated expression levels of this gene can be observed in many types of cancer, and its synthetic protein can promote the proliferation, invasion and growth of cancer cells.

DKN-01 is a humanized monoclonal antibody drug that can specifically bind to DKK1 and inhibit the signal transmission of its pathway. On September 25, 2020, the FDA granted DKN-01 fast track qualification for the treatment of patients with gastric and gastroesophageal junction adenocarcinoma who have undergone fluorouracil, platinum-containing chemotherapy and HER2 targeted therapy and are still progressing.

In the Phase I/II P102/KEYNOTE-731 trial, DKN-01+pembrolizumab treated high DKK1 expression, received fluoropyrimidine and platinum-based chemotherapy and HER2 targeted therapy, and the disease continued to progress, and did not receive PD-1/PD- Patients with adenocarcinoma at the junction of stomach and gastroesophagus treated with L1 inhibitors have achieved good results.

On September 15, 2020, the bispecific antibody AMG 199 received clinical tacit approval for the treatment of MUC17-positive gastric cancer or gastroesophageal junction (GEJ) cancer. AMG 199 is a bispecific antibody based on the BiTE technology platform, targeting MUC17/CD3. MUC17 (Mucin-17) is a transmembrane mucin, which is overexpressed on the membrane of cancer cells at the junction of gastric cancer and gastroesophagus. It belongs to tumor-associated antigen (TAA); CD3, as a T cell surface antigen, is one of the classic double antibody targets. One. AMG199 binds to CD3 on T cells and MUC17 on tumor cells at the same time, thereby cross-linking T cells and tumor cells, thereby producing cytotoxicity against tumor cells expressing MUC17.

Although research and development in the field of gastric cancer has been slow, in the past two years, thanks to the efforts of countless scholars, many new breakthroughs have been made in the targeted drug treatment of advanced gastric cancer, and new drugs and new treatment options are on the way.