Cell: Anxiety caused by stress makes people fatter!.  people suffer from various mental stresses, such as ubiquitous anxiety. Human studies have shown that mental stress will bring about a series of physiological changes, such as changes in the levels of inflammatory factors and the production of chronic inflammation. Obesity is the first!

Previous studies have shown that “stress-type obesity” refers to stress hormones (including stress hormones, such as thyroid hormones, adrenaline, glucocorticoids, insulin, and angiotensin due to stressful study and work, and high psychological pressure). Etc.) secretion.

So, what is the inner link between mental stress and inflammation? Since the 1990s, scientists have discovered an important experimental phenomenon: Mental stress (depression and anxiety) will increase the level of the inflammatory factor IL-6 in the body and aggravate some chronic inflammation. However, the molecular mechanism behind this has been unclear.

A recent study showed that anxiety caused by negative emotions directly leads to obesity. The research was recently published by Andrew Wang’s team at Yale University School of Pharmacy in the top international academic journal Cell, titled: Origin and Function of Stress-Induced IL-6 in Murine Models. 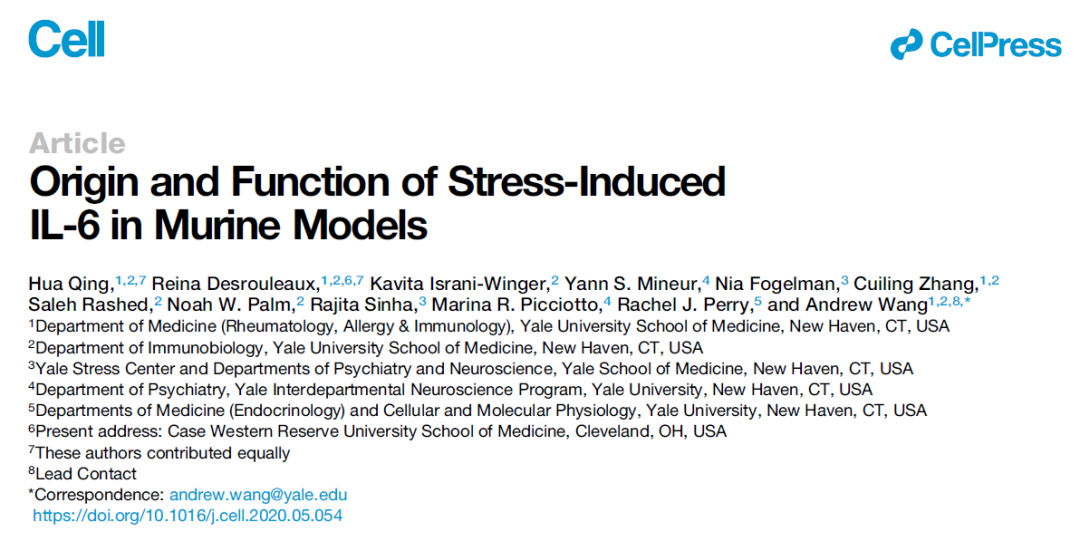 This research has made new discoveries about the mechanism of how stress causes obesity in the human body: that is, external pressure can increase the secretion of interleukin-6 (IL-6) from brown fat cells, causing them to fail to regulate glucose metabolism and break down fat. Cause obesity.

2 How does stress make the body fat?

Psychological stress (negative emotions) can aggravate most inflammatory diseases, including allergies, autoimmune diseases, and cancer. In human studies, stress can cause measurable biological changes, such as changes in the size of inflammatory cytokines and related end-organ function changes.

Researchers reported that the commonly used mouse acute stress model induces endocrine IL-6, and stress induces brown adipocytes to produce IL-6 receptor signals and β-3-adrenergic receptor signals. Stress-induced hyperglycemia requires IL-6, which is a metabolic adaptation that uses liver gluconeogenesis to achieve a “fight or flight” response. The price of stress-induced IL-6 is that it reduces the host’s adaptability to subsequent inflammatory challenges.

The study revealed the source and adaptive function of IL-6 in acute stress, as well as its cost in the inflammatory environment of mice.

The research team performed acute emergency stimulation on mice (cage switching, social isolation, tube restraint, blood sampling, etc.). The study found that under the stimulation of external pressure, the level of cytokine-IL-6 in mouse plasma increased significantly, and was significantly higher than other cytokines. 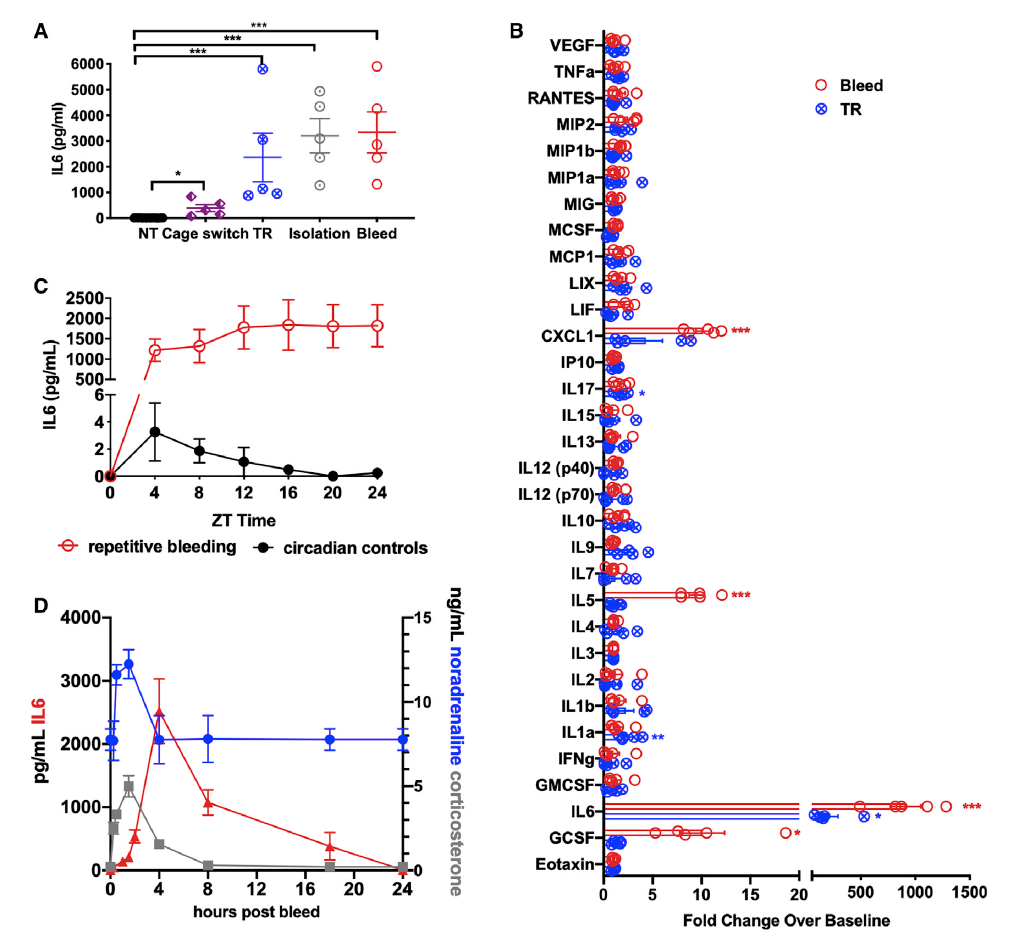 3) IL-6 is required to maintain hyperglycemia after acute stress

Clinical studies have shown that the main function of brown fat cells is to regulate metabolism and break down fat. Researchers have found that as IL-6 levels increase, blood sugar will also increase and continue for a long time. In the absence of IL-6 signal, glucose production is significantly reduced. Hyperglycemia will secondaryly cause obesity. Not only that, but the increased secretion of IL-6 will also cause the dysfunction of brown fat cells, which cannot break down fat normally, leading to obesity.