Nature: Cigarettes induce breast cancer to spread to the lungs

In the United States, breast cancer is a very common cancer among women. On average, 1 in 8 people has breast cancer.

Scientists have discovered that the nicotine in cigarettes can promote the spread of breast cancer to the lungs. 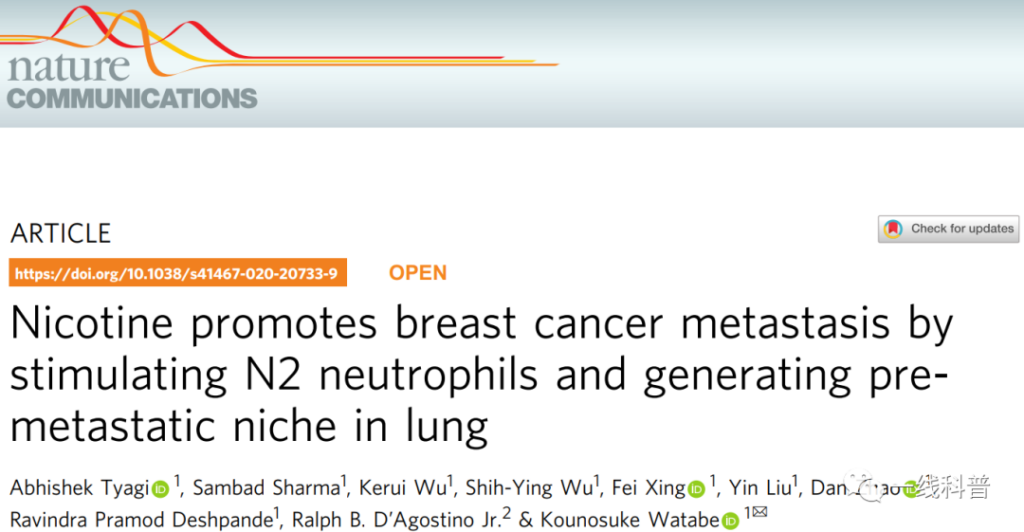 Breast cancer is easy to metastasize

The female breast is composed of skin, fibrous tissue, breast glands and fat. Breast cancer is a malignant tumor that occurs in the epithelial tissue of the breast. Among them, 99% of breast cancers occur in women, and men account for only 1%.

In fact, the breast is not an important organ for maintaining human life activities, so breast cancer in situ is not fatal; however, the connections between breast cancer cells are loose and easy to fall off.

Once breast cancer cells begin to fall off, free cancer cells can spread throughout the body with blood or lymph, forming metastases and endangering life.

Previous studies have shown that for breast cancer patients who smoke, the survival rate is reduced by 33%.

In this regard, the lead author and medical school professor Kounosuke Watabe said: “Studies have shown that nicotine creates a mature environment in the lungs for the metastatic growth of cancer cells.”

Specifically, this environment attracts tumor-friendly neutrophils (a type of immune cell) that can release a protein called “STAT3-active lipoprotein 2 (LCN2)” , To induce the metastatic growth of cancer cells, as shown in the figure below. 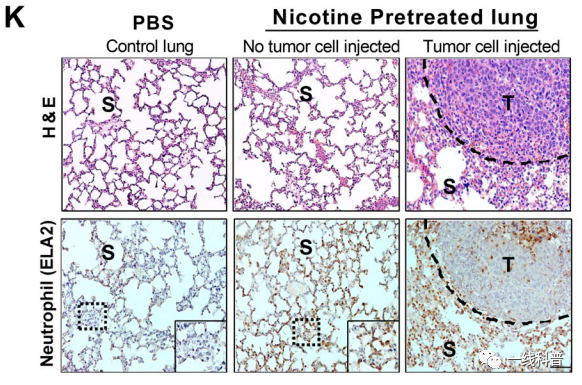 In this study, the research team first compared 1,077 breast cancer patients, and the results showed that smoking patients had a higher rate of lung metastasis of breast cancer cells than those who never smoked.

Subsequently, the researchers used mice with breast cancer metastases and found that continuous exposure to nicotine would produce an inflammatory microenvironment in the lungs, and then flooded with activated neutrophils, as shown in the figure below. 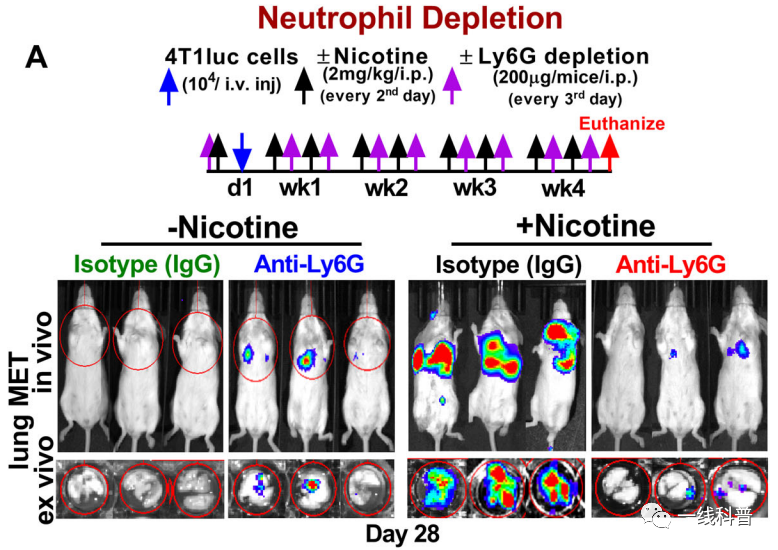 However, even 30 days after quitting nicotine, the incidence of cancer cell metastasis did not decrease, indicating that smoking poses long-term risks.

So, how to prevent the accumulation of neutrophils?

For this reason, scientists have extracted a natural compound from rose, which has anti-inflammatory, anti-cancer and anti-viral properties, which can effectively prevent the accumulation of neutrophils, thereby significantly reducing the incidence of lung metastasis of cancer cells. .

Nature: Cigarettes induce breast cancer to spread to the lungs