Five questions you have to know about NT examination during pregnancy!

Five questions you have to know about NT examination during pregnancy!  Generally speaking, pregnant mothers need to undergo at least 5 ultrasound examinations during the entire pregnancy. Including: menopausal ultrasound (7-9 weeks), early pregnancy screening (11-13 weeks), second trimester system ultrasound screening (20-24 weeks), third trimester screening (28-32 weeks), prenatal ultrasound Evaluation (full term, before birth). Among them, the main purpose of the second-early pregnancy screening is to detect the fetal neck hyaline (NT), which is considered an important indicator for screening fetuses with Down syndrome. 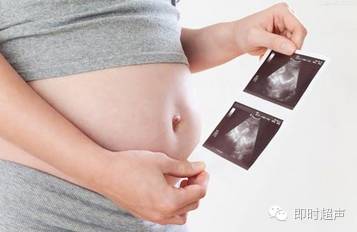 1. What is NT inspection?

NT refers to the “neck transparent layer”, the maximum thickness of the soft tissue between the skin layer and the fascia layer on the back of the fetus’s neck, reflecting the accumulation of lymphatic fluid in the subcutaneous tissue. Before 14 weeks of pregnancy, the fetal lymphatic system is not fully developed, and a small part of the lymph fluid collects in the cervical lymph sac or lymphatic vessels to form NT.

NT examination is also one of the diagnostic basis for early Down’s screening. The purpose of the examination is to diagnose chromosomal diseases and find fetal abnormalities caused by various reasons in the early stages of pregnancy. Checking the NT thickness of the fetus by color ultrasound is a routine examination to rule out fetal malformations. The commonly used criterion is that 11-14 weeks of pregnancy ≥ 2.5mm is considered abnormal. Older pregnant women can relax appropriately.

Lymphatic drainage disorders caused by genetic, anatomical structure abnormalities or infections are the causes of NT widening, and some may develop into cervical lymphatic cystoma in the second trimester. It is reported that 10% of patients with early NT widening have chromosomal abnormalities, mainly trisomy 21, trisomy 18, trisomy 13 and 45X0 (Turner’s syndrome). In addition, non-chromosomal abnormalities such as heart malformations, fetal edema, pleural space occupying lesions, skeletal dysplasia, and twin-to-transfusion syndrome recipients should be excluded. It should be noted that about 80%-90% of NT abnormalities are transient and the fetus is normal.

2. What should I pay attention to when doing NT inspection?

No special preparation is required for NT inspection, and breakfast can be eaten. Because it is a color Doppler ultrasound examination of the abdomen, there is no need to hold back urine. During the examination, the baby’s cooperation is needed. If the position is not good, it cannot be seen, so sometimes the pregnant mother will be asked to go out and walk around for the examination. Sometimes the pregnant mother’s belly is pressed. This is because the doctor wants to wake up the baby and tell him to turn over. The entire examination takes about 20-30 minutes, depending on the degree of cooperation of the baby.

3. What is the difference between NT inspection and Down’s screening?

Tang Si is a detection method that does not damage the fetus. It is economical, simple and safe. It can be checked only by drawing the venous blood of the pregnant woman. Tang sieve is used to determine the degree of risk of the fetus suffering from Down’s syndrome. If the result of the Tang sieve shows that the risk of the fetus suffering from Down’s syndrome is relatively high, further confirmatory examination is required. Tang sieve can also detect high-risk pregnant women with neural tube defects, 18-body syndrome and 13-body syndrome.

NT examination is to check the thickness of the transparent layer of the neck of the fetus, which can diagnose chromosomal diseases early and find fetal abnormalities caused by various reasons. Therefore, after the NT screening, the doctor will also recommend blood sampling for Tang screening to prevent it.

4. Reasons for the thickening of NT

Pregnant women with thicker NT may also be at risk of heart defects if their chromosomes are normal. Therefore, NT thickening is an indication for fetal echocardiography at 18-22 weeks.

5. What should I do if the NT inspection is thickened?

If your NT measurement is more than 2.5mm, don’t worry about it. First of all, this value may not really increase; second, even if it does increase, NT is only a screening test, not a diagnostic test, so it is not an indication for pregnancy termination. An NT measurement of more than 2.5mm does not mean that your child has a problem.

If you have the conditions, you can go for a non-invasive genetic test, or do an invasive prenatal diagnosis to see if there are chromosomal abnormalities. If the chromosomes are normal, then you should pay attention to the follow-up examination of fetal echocardiography.