Nodular fasciitis of the breast

It is particularly important to recognize this lesion, because clinical, imaging, and histological examinations may be misdiagnosed as malignant tumors, but it is self-limiting and can resolve spontaneously after a few months. Just like a bear kid with its teeth and dancing claws, it is actually just a naughty good kid after removing the mask!

Nodular fasciitis is common in young people, and is more common in the upper limbs, trunk, head and neck subcutaneously, especially in the forearm. A few cases can occur in the hands, perineum, joints, nerves, etc. It is extremely rare to occur in the breast. Nodular fasciitis of the breast mostly occurs under the skin of the breast or in the glandular parenchyma. It is more common in women between 20 and 40 years old. It is generally a unilateral breast solitary mass with rapid growth and short course of disease (<3 months). Like nodular fasciitis in other parts of the breast, it may also be accompanied by pain and tenderness, which may disappear on its own after a few months.

The boundary of the lesion is usually clear, but there is no envelope, and it is composed of obese spindle cells, arranged in short bundles or spirals. The nucleoli are obvious but relatively uniform, and nuclear divisions are easy to see. Red blood cell extravasation and patchy lymphocyte infiltration are common features. 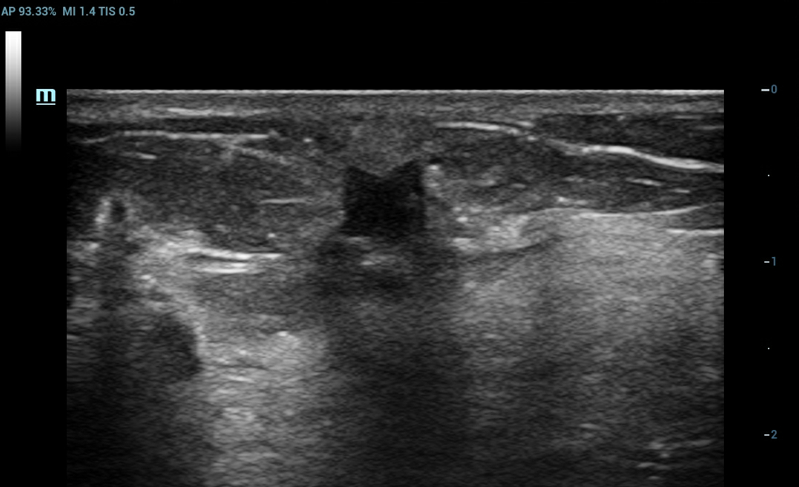 The imaging findings of nodular fasciitis of the breast are non-specific and difficult to distinguish from breast cancer. Browm et al. has a higher negative rate of mammography mammography, so it is not the first choice. The typical occurrence of nodular fasciitis of the breast is naturally located in the fascia layer. The two-dimensional ultrasound image shows a hypoechoic nodule with unclear borders and irregular edges, and the local edges are angled. The two-dimensional ultrasound image is similar to small breast cancer. 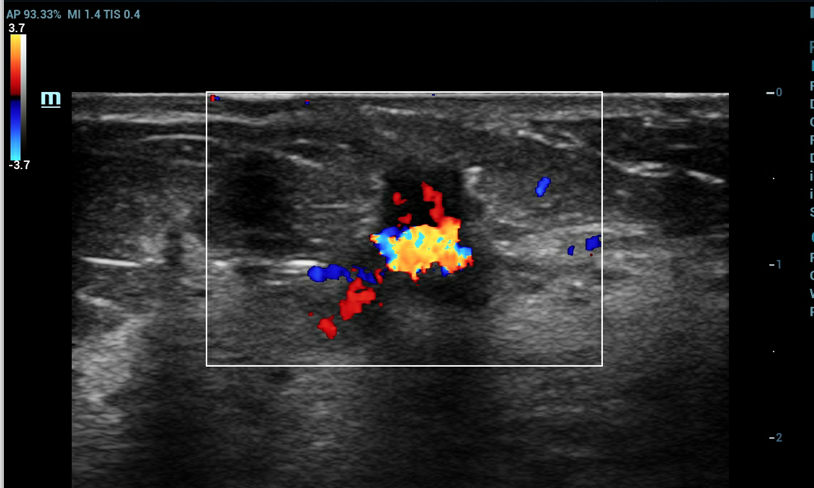 Part of the nodular fascia of the breast can be manifested as abundant blood flow signals. Pressure and shear wave elastography suggest that the nodules are hard in texture and have hard ring signs around them, and ultrasound is difficult to distinguish from breast cancer, and preoperative diagnosis is really difficult. 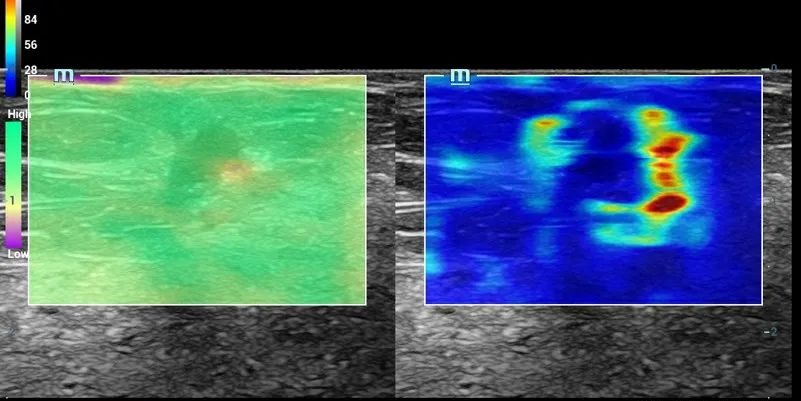 Let’s take a look at this case, what will MRI look like? 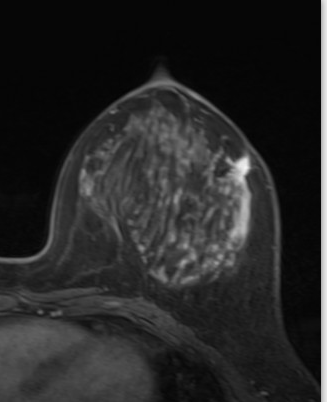 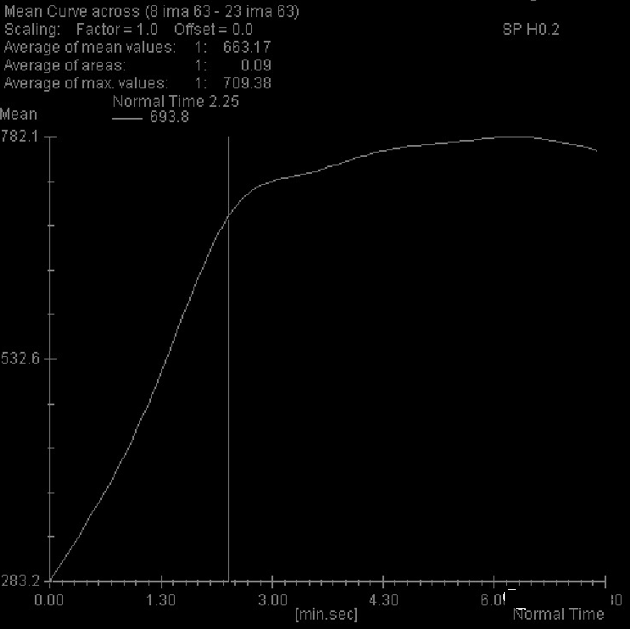 MRI imaging T1WI enhanced lipid pressure showed that the adjacent superficial fascia of the lesion was significantly enhanced, and the time-intensity curve of the dynamic enhancement lesion showed a rapid-increasing platform type, combined with the possibility of a benign tendency of the ADC value. Combined with the location and the strengthened peripheral superficial fascia layer, it can indicate the possibility of the disease.

Therefore, when encountering this type of superficial breast fascial layer occupation, the sonographer can try contrast-enhanced ultrasound examination if necessary to observe the changes in the adjacent superficial fascia layer and whether there is an enhancement change of the superficial fascial layer fuzzy and thickening to explore the diagnosis of contrast-enhanced ultrasound. The possibility of the disease. Of course, multi-modal imaging diagnosis can naturally increase the diagnostic coincidence rate.

Although nodular fasciitis can resolve spontaneously, it is clinically manifested as a rapidly growing mass in the breast. In fact, it is biopsy or excision as much as possible. Therefore, for nodular fascia, local resection is still the appropriate treatment.