Is it true that COVID-19 can treat tumors?

Is it true that COVID-19 can treat tumors? After patients with advanced cancer were infected with COVID-19, the tumor disappeared!  This story is from UK. 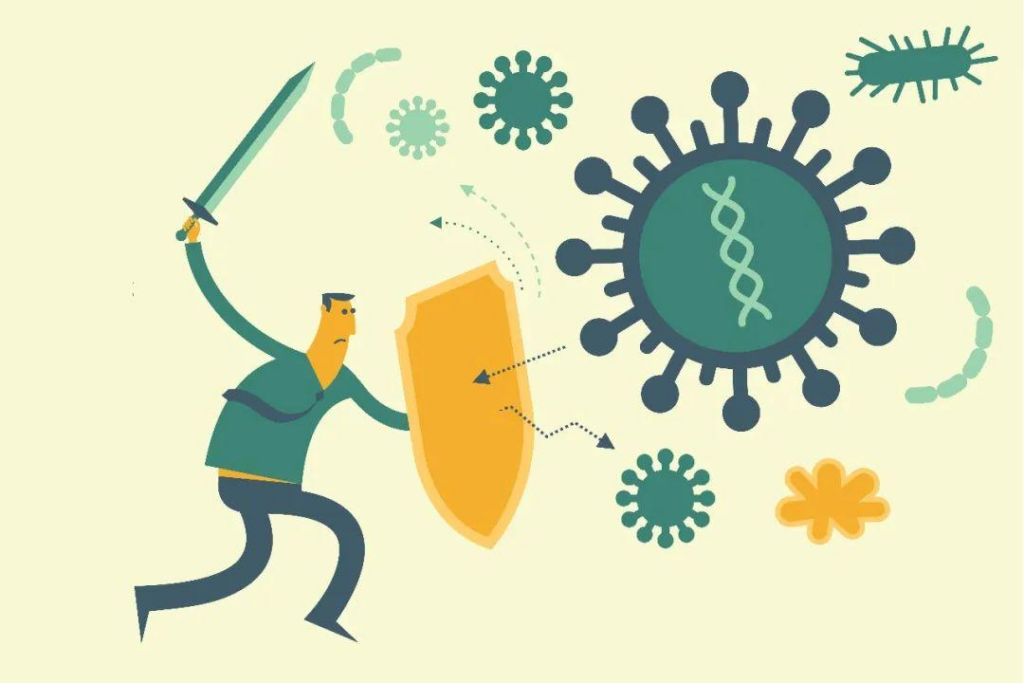 From the point of view of probability, it is a small probability event and it is almost impossible to happen again.

In the past year, the nCOVID-19 virus has become the world’s most terrifying natural killer. So far, the number of infections worldwide has exceeded 100 million, and the death toll has exceeded 2 million…

What’s even more annoying is that the COVID-19 virus is still raging around the world. “The color changes after hearing about COVID-19.” Everyone can’t wait to stay away from COVID-19.

However, recently there was a news circulating on the Internet that “shocked the world.” What is said is that after a patient with advanced cancer was infected with the new coronavirus, the tumor in his body shrank and disappeared miraculously!

Unexpectedly, the terrible killer of the COVID-19 virus has such a “gentle” side. What is going on? Is it really the legendary “fighting with poison”?

Real case: the tumor “magically disappeared” after being infected with the COVID-19!

The British Journal of Hematology in January 2021 detailed this real case.

The patient is a 61-year-old man with severe renal failure and needs long-term dialysis treatment. Three years ago, he was fortunate enough to get a suitable kidney source to receive a kidney transplant. However, the day was not fulfilled, and his operation failed. After that, the man stopped all immunotherapy and lived with illness.

In mid-2020, the man’s body suddenly became thin and his lymph nodes all over his body were swollen. He hurried to the hospital for an examination and was diagnosed with classic Hodg’s lymphoma. The PET-CT scan indicated that the disease was stage 3.

Hodg’s lymphoma is a malignant tumor. In other words, the man is a patient with terminal cancer at this time. CT photos also showed that cancer cells had spread to various parts of his body.

Misfortune did not come singly. During the hospitalization, he experienced symptoms such as breathing difficulties. The hospital tested him for the new coronavirus, which also tested positive.

So far, three diseases have appeared in the man: end-stage renal failure, advanced cancerous Hodgkin’s lymphoma, and new coronavirus pneumonia. Any of these diseases is very dangerous for a 61-year-old man. It is not difficult to imagine the suffering and pain he endured at that time.

After 11 days in the hospital, the man’s symptoms eased and he decided to go home to recuperate. Perhaps in his opinion, giving up treatment is a good idea. The fact is also true, the man never received any corticosteroids and immunochemotherapy after returning home.

Four months later, the man returned to the hospital for review. The PET-CT scan revealed that most of the tumors in his body had magically disappeared. Even more exaggerated is that the biological indicators related to tumors directly dropped by about 90%. After repeated examinations, the doctors finally confirmed that the man’s cancer was cured.

This is simply “there is no way out of mountains and rivers, and there is another village in the dark”!

Behind the case: what is going on?

After serious consideration of the reasons behind, the scientists put forward a hypothesis that the patient’s cancer self-healed:

The new coronavirus invaded the body of this 61-year-old patient and stimulated his immune system. The immune system immediately released a large number of pro-inflammatory cytokines, which invisibly activated two important immune cells in the patient’s body:

One is natural killer cell (NK), which is an important cell that can fight tumors and viruses at the same time.

In addition, it also activates tumor antigen-specific T cells in the body, that is, immune cells produced by the immune system to fight against Hodgkin’s lymphoma.

In fact, there are precedents in history where cancer patients have their tumors disappeared after being infected with some kind of invading virus or bacteria.

At the end of the 19th century, American surgeon William Colley noticed that after a cancer patient was infected with streptococcus, the tumor had magically disappeared! Dr. Colley, who was inspired, began the exploration of using infection to treat cancer, so he is also known as the “father of tumor immunotherapy.”

Cancer patients infected with infectious diseases such as COVID-19, malaria, tuberculosis, etc., may stimulate the immune system’s response, so that they have the ability to fight the infectious disease and have the probability of curing the cancer.

Behind all this success is not the so-called “fighting with poison”, but our own powerful immune system!

Human immune system: its energy is beyond your imagination!

The immune system is divided into two categories:

Immunity is the body’s most important self-defense ability, and it is also one of the best “special medicines” against viruses, germs and cancer cells.

Taking the fight against the new coronavirus as an example, if the innate immunity fails to block the virus, after the human body is infected, the immune system will automatically respond to the virus, identifying and eliminating foreign viruses.

In the process of fighting cancer cells, the activation of T cells can easily destroy abnormal cells (cancer cells), but its cytotoxicity is a double-edged sword.

In order to make its sword not point to “self”, our body has evolved a set of complex regulatory mechanisms. While effectively activating T cells, it must also ensure that they are effectively “inactivated”, that is, T cells. The “blade” created a retractable “sheath”.

With the deepening of the understanding of the regulatory mechanism of T cells, people have discovered an important part of this scabbard-the “checkpoint molecules” on the surface of T cells. They have a negative regulatory effect on T cells to protect the body’s cells from being affected by T cells. Cell injury.

Cancer cells are derived from our own cells, and it has successfully used this feature to make it still viable under the surveillance of the immune system, even in a mixed environment.

Checkpoint inhibitor drugs are designed for this reason, which can block the inhibition of T cells by these “checkpoints” and restore the function of T cell killing.

At present, the main checkpoint inhibitors on the market include CTLA-4 and PD-1/PD-L1 inhibitors. They are the most popular tumor immunotherapy drugs at the moment, and they have achieved good results in clinical treatment. The indications are constantly expanding.

Therefore, the human immune system plays a vital role whether it is fighting external infections or removing internal abnormal cancer cells. Its energy is beyond our imagination!

Intestinal flora is essential for maintaining intestinal homeostasis and improving immunity. Probiotics interact with other immune systems through their influence on the immune system of the intestinal mucosa, and jointly build a copper and iron wall that protects the human body from foreign enemies.

Finally, it is worth emphasizing that there are more than 100 million people infected with the nCOVID-19 in the world, but this is a blessing in disguise. From a probabilistic point of view, it is a small probability event and it is almost impossible to happen again.

Therefore, it is not advisable to treat tumors with COVID-19 infection, but we can adjust and protect our immune system from daily life. In addition, the most popular immunotherapy is also a very good choice for tumor treatment!