Cell: How many viruses are hidden in the human body?

Cell: How many viruses are hidden in the human body? The answer is at least 140,000.

On February 18, 2021, Trevor D. Lawley of the Wellcome Sanger Institute, one of the world’s most famous genome sequencing research centers, and others published a research paper entitled: Massive expansion of human gut bacteriophage diversity in Cell magazine.

The research team has established an intestinal phage database (GPD) containing approximately 142809 species of bacteriophages by mining 28,060 human intestinal metagenomics and 2,898 cultured human intestinal bacterial genomes worldwide, more than half of which have never been discovered before New virus.

This study established the largest and most comprehensive human intestinal phage database to date, paving the way for a better understanding of the role of viruses in the gut microbiome, and also helping to discover new ways to treat drug-resistant bacterial infections.

Phage is a general term for a type of virus that infects bacteria, archaea and other microorganisms. Phage must be parasitic in living bacteria, with strict host specificity, which depends on the molecules of phage adsorbing organs and receptors on the surface of the receptor bacteria. Structure and complementarity. Bacteriophages are the most common and widely distributed group of viruses. They gather in places full of bacterial communities, such as the soil, the intestines of animals and humans, and there are abundant phages. 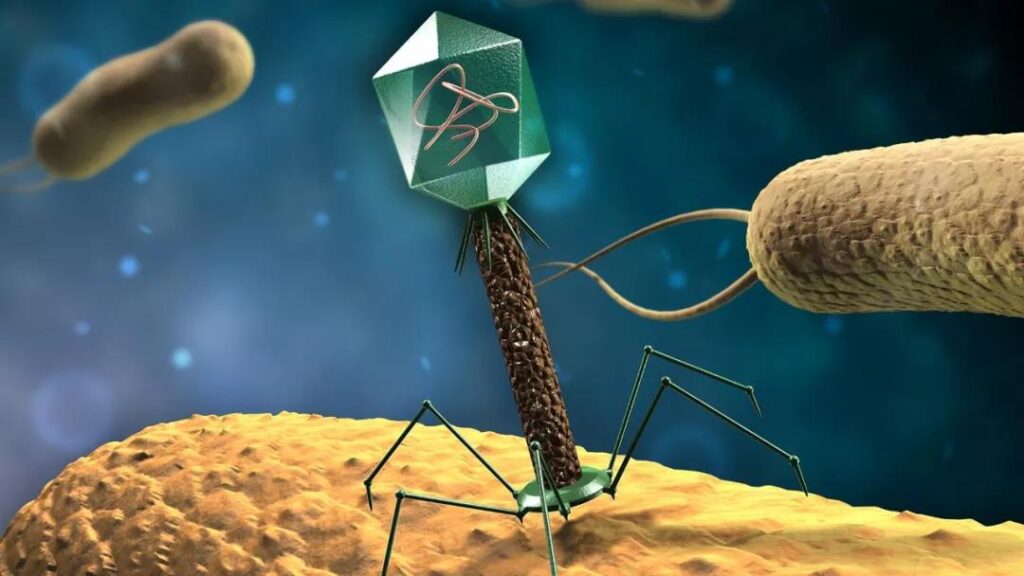 The study identified a group of new viruses with a common ancestor and named them Gubaphage, which is the second largest viral clade in the human intestine, after crAssphage discovered in 2014. Both viruses seem to infect similar types of human intestinal bacteria, but the specific functions and effects of this newly discovered Gubaphage need to be further studied. 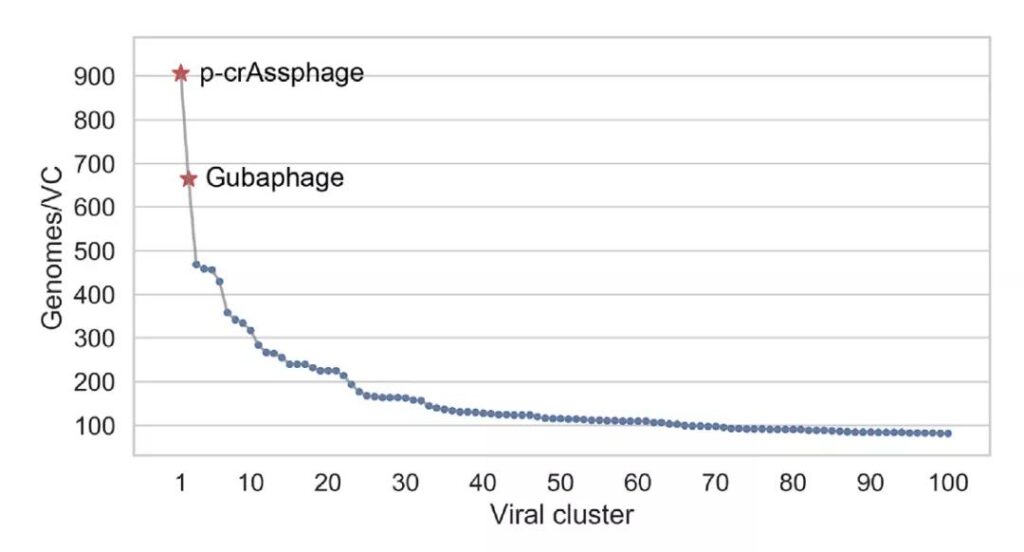 The research team said that this research has a strict quality control process, coupled with the use of machine learning methods, so it can minimize pollution and obtain a highly complete viral genome.

This high-quality viral genome paves the way for a better understanding of the role of viruses in the gut microbiome and helps discover new treatments, such as using bacteriophages as antibacterial agents to eliminate drug-resistant bacteria.

In May 2019, Nature Medicine published a paper. A little girl infected with a rare Mycobacterium tuberculosis was dying and desperate. She received engineered phage therapy. The phage successfully eliminated her infection. Bacteria pulled her back from death’s sickle.

In general, the research team has established a comprehensive and complete human intestinal phage database containing approximately 142809 species of bacteriophages by mining 28,060 human intestinal metagenomics and 2,898 cultured human intestinal bacterial genomes worldwide. (GPD), more than half of which are new viruses that have never been discovered before. 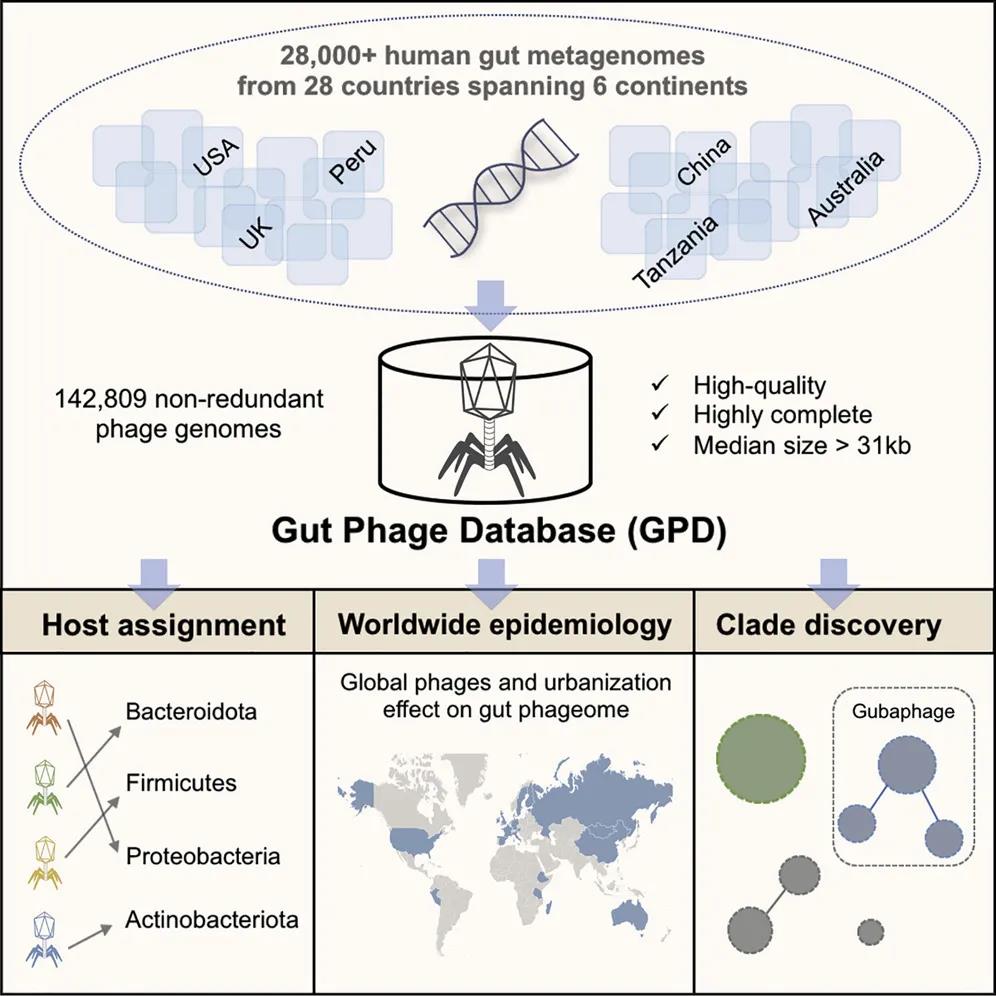 Nowadays, phage research is reviving. The establishment of this high-quality, large-scale gut phage database (GPD) will provide a wealth of resources for researchers who study phages and their role in regulating gut bacteria and their own health.