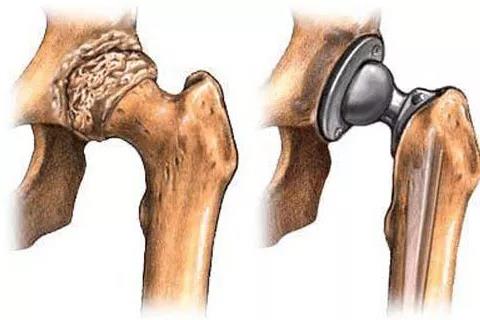 Femoral head necrosis is a common and frequently-occurring disease in orthopedics, and it is also a disease that people are familiar with. Today, Director Liu Wanjun of the Joint Surgery Department of Shanghai Sixth People’s Hospital will talk about this disease.

What is femoral head necrosis?

Femoral head necrosis, also known as avascular necrosis or aseptic necrosis, refers to the interruption or damage of the blood supply to the femoral head, which causes the death and subsequent repair of bone cells and bone marrow components, which in turn leads to changes in the structure of the femoral head and collapse of the femoral head. A disease that causes joint pain and joint dysfunction in patients.

Femoral head necrosis is the most common cause of hip disability in young adults.

How is femoral head necrosis caused?

The clinical manifestations of femoral head necrosis can be summarized in the following three points:

This pain is intermittent or continuous and worsens after walking or activities. It is mostly acupuncture-like, dull pain or sore discomfort, often accompanied by numbness. The pain often radiates to the groin area, the inner thigh, the back of the buttocks and the inner knee.

The affected hip has poor flexion and extension, difficulty squatting, unable to stand or sit for a long time, walking slowly, and limited early abduction and external rotation activities.

Intermittent claudication is caused by pain in the early stage, and the symptoms are aggravated by the collapse of the femoral head in the middle and late stages, which is more obvious in children.

How is the diagnosis of femoral head necrosis?

The diagnosis of typical femoral head necrosis is based on medical history, symptoms, and the results of auxiliary examinations.

Asking the medical history is to determine whether there is a cause mentioned above.

What are the treatment methods for femoral head necrosis？

Non-surgical treatment is classified as insufficient evidence in the treatment recommendations of Mont MA, but it is worth trying as a complementary treatment. The general introduction is as follows:

There is currently no drug widely recognized. According to clinical research reports, drugs that regulate abnormal lipid metabolism (such as atorvastatin) and drugs involved in bone metabolism (such as vitamin K) have a preventive effect on femoral head necrosis.

At present, the most widely used methods include external high-energy shock waves and hyperbaric oxygen, which can be used as a hip-preserving treatment for early femoral head necrosis.

The surgical treatment of femoral head necrosis can be divided into head preservation surgery and hip replacement surgery.

So, how should these two treatments be chosen? Except for some specific conditions of the patient, the choice is mainly based on the staging of femoral head necrosis (ARCO staging).

Various methods of head preservation surgery are different. For example, bone grafting is to remove necrotic bone and then graft the bone to promote the repair of osteonecrosis, thereby delaying the progress of femoral head necrosis, delaying or even avoiding artificial hip replacement. In addition, according to different surgical methods, head-preserving surgery can be divided into minimally invasive surgery and open surgery, but the purpose of all operations is to prevent the progression of hip joint disease and keep the joints relatively normal anatomical structure and function.

The ideal surgical indication is middle-aged and elderly patients with advanced femoral head necrosis. At this time, the articular cartilage is severely degenerated and joint movement is limited. Only through artificial hip replacement can satisfactory results be obtained.

Due to the large amount of activity in young patients, artificial joints will wear out and life span is limited. Surgery is usually not used for young people. After artificial hip replacement, through rehabilitation training, patients can basically return to normal levels of activity. After the operation, pay attention to avoid dislocation of the prosthesis (such as avoiding the second leg), avoid flexing the hip more than 90° (such as avoiding squatting), avoid doing strenuous exercise, and avoid excessive rotation of the affected limb.